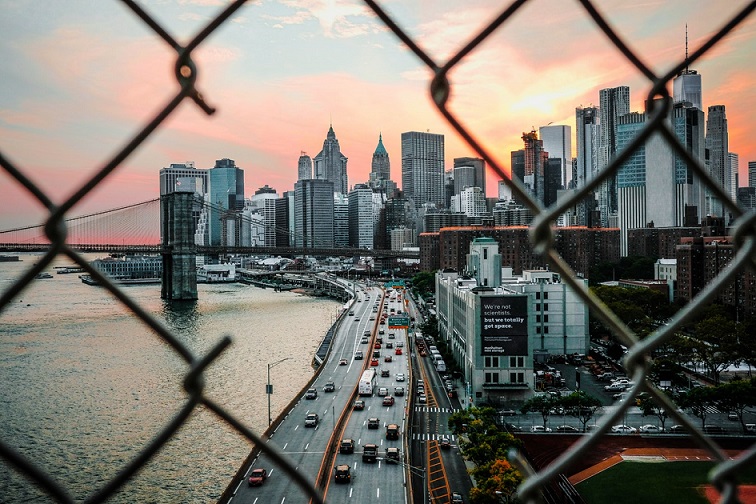 Our Phillip recession tracker is based on 15 market-based and economic-based indicators. The threshold represents the levels where bearish signal arises.
Red/Green represents deterioration/improvement from the prior month. Otherwise, it is unchanged. 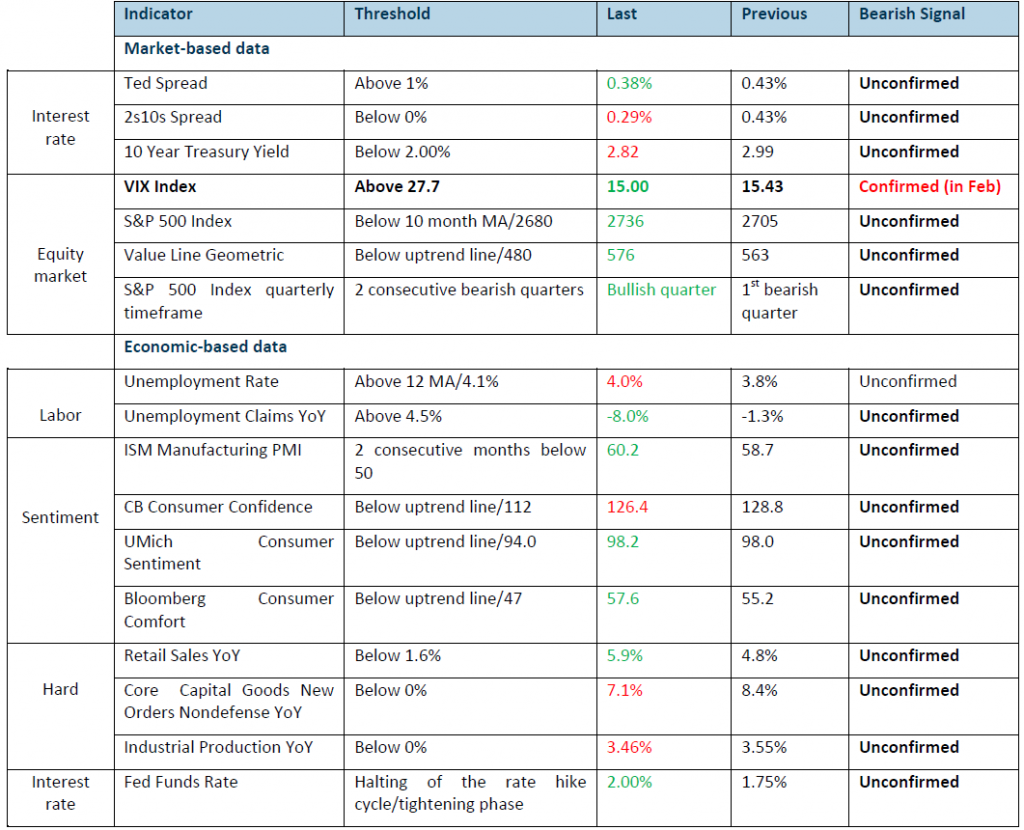 Overall, the performance from the 1H 2018 appears decent except for the Dow Jones Industrial Average (DJIA) as the trade tensions are hurting the export-driven components in the DJIA. Nonetheless, our outlook for 2H 2018 remains upbeat as our “Recession Tracker” continues to signal strong growth ahead despite the ongoing trade war scare. The near-term catalyst that is currently plaguing the market is the trade tension and the strong dollar move for the past four months. Some other key highlights for June is the monetary policy action from the Federal Reserve and European Central Bank.

However, the trade tension heated up again in June after the US administration announced that a 25% tariff would be imposed on $50 billion China imports that involve significant technologies. China also responded immediately with a similar 25% tariff on $50 billion US goods.

At the height of the dispute, US raised the stakes by stating a possibility of restricting foreign investment into the US, mainly targeted at China.

All in, as a result, June turned out to be a sluggish month plagued by the escalation of the trade war. DJIA was hit the hardest as it fell -5% from the June’s high followed by the Nasdaq 100 index and S&P 500 index with -4.3% and -2.73% respectively from the June’s high.

Nonetheless, even with this selloff, we do not expect the downtrend to sustain. Historically, the negative news flow tends to fade away in due course, and the negative sentiment would eventually reverse. For example, in April 2018 when the trade war tension between US and China was at a high, the S&P 500 index also suffered 2-3 months of negative sentiment before reversing the negativity. It was the news of China retaliating with 25% tariffs on 128 US goods worth $3 billion a year that anchored in the Year to Date low in all three US equity indices. Buying the dip back then was a perfect strategy in hindsight.

Figure 1: Trade tension does not have a lasting negative impact on the equity market

Hence, despite the ongoing negative newsflow regarding the trade war, expect this negative sentiment to stay short-lived and expect the 200-day moving average in DJIA to hold up once again for the bulls to establish a floor.

The Federal Reserve (Fed) stayed on the rate hike cycle trajectory as expected and raised the Fed Funds Rate (FFR) from 1.75% to 2.00% in the June FOMC meeting. The Fed also guided the market to the possibility of two more rate hikes this year.

With all four measures of inflation, CPI, Core CPI, PCE and Core PCE deflator being above the Fed’s target of 2%, there is a high likelihood of seeing two more 0.25% interest rate hikes this year. More importantly, the Fed’s preferred inflation gauge, Core PCE deflator has just risen to 2% for the first time since 2012 suggests inflation is firming. To be specific, the September and December FOMC meeting will be the most likely period when the Fed would lift the FFR. In other words, the FFR would be at 2.5% by the end of 2018.

We do not expect this rate hike to cause any significant negative tailwind to the equity market as the Fed has been guiding the market all along with this expectations. As long as the inflation data stays relatively tame around the 2% level, the Fed should act according to their forward guidance with gradual rate hikes.

However, if the inflation data spins out of control especially if the Core PCE YoY data exceeds the 2% level, somewhere north of 2.5% for two months or more, that could force the Fed to raise interest rates faster than expected. Under that scenario, the equity market could suffer negatively due to the inflation shock and tighter than expected monetary policy.

Based on our historical study between the implications of the Fed rate hike cycle and equity market, the end of the equity bull market is usually signalled by an abrupt change in the monetary policy action. The reversal of the interest rate hike cycle to a period of holding FFR flat at a certain level and ultimately, the start of the rate cut is when the equity market forms its respective crisis top and enters into a bear market.

The time to worry for a sharp reversal in the equity bull market is when the Fed suddenly switches to the dovish side and begin to cut interest rate.

Thus, expect the general equity market to remain supported in the near-term as the ECB remains highly accommodative and dovish.