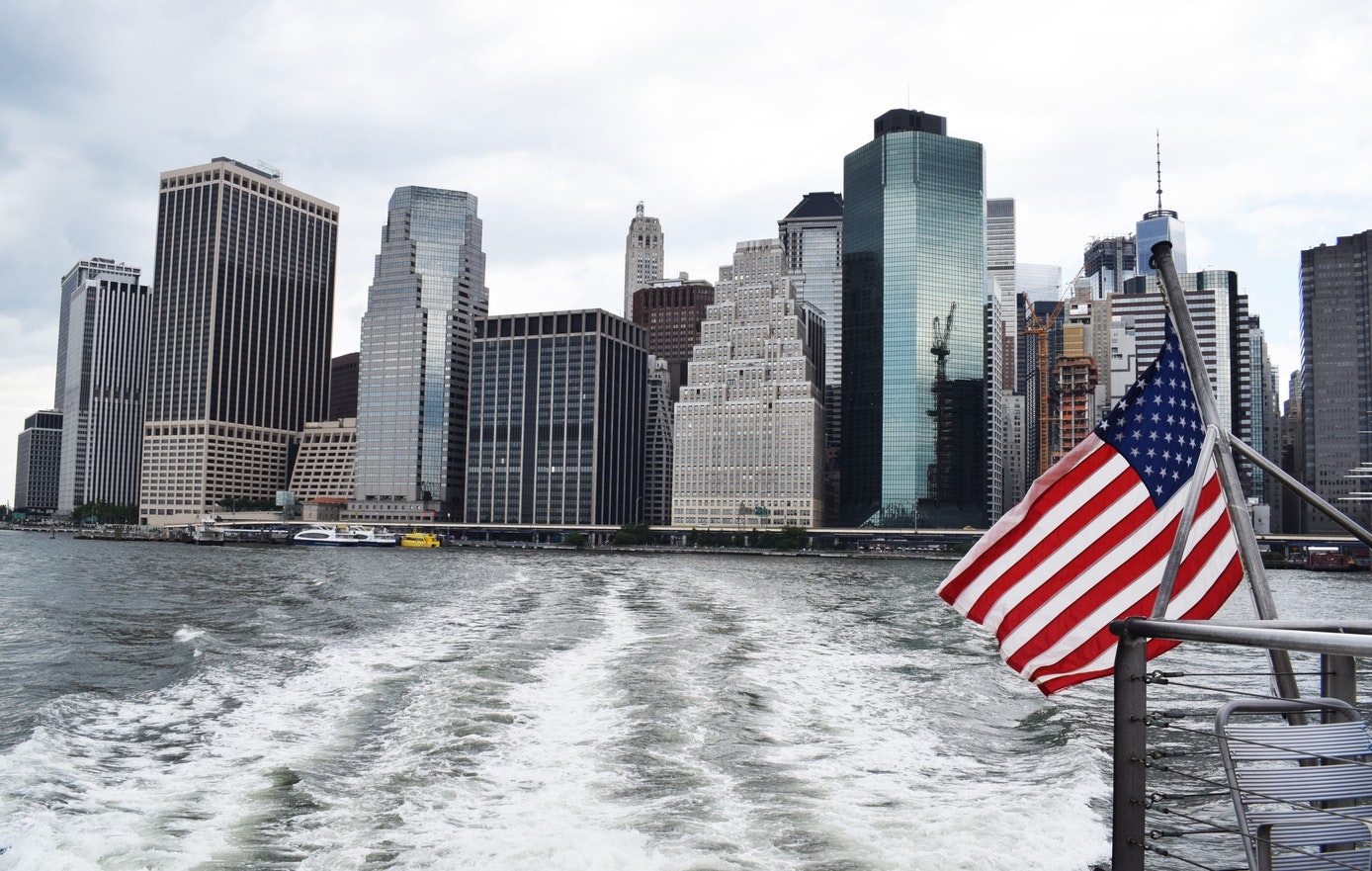 Our Phillip recession tracker is based on 17 market-based and economic-based indicators. The threshold represents the levels where bearish signal arises.
Red/Green represents deterioration/improvement from the prior month. Otherwise, it is unchanged.

August was an eventful month filed with numerous newsflows ranging from trade tensions between the US and Turkey to the NAFTA trade deal. Emerging market scare went into the spotlight in early August after President Trump announced plans to double the tariffs on Steel and Aluminium from Turkey. The Turkish Lira immediately fell -15% against the Dollar on 10 August, and the Turkish Lira remains under pressure as it trades around 6.2000. This also led to a contagion effect to the rest of the weaker emerging markets such as Argentina as the Argentina Peso had devalued around -39% against the dollar since 10 August. Overall, the widespread weakness in the emerging markets and strength in the US dollar has affected the general sentiment of the European and Asian markets negatively.

The only outlier here is the US equity market with the main equity indices breaking new record highs in August while the rest of the world falls into a slumber especially the emerging markets.

Despite the negative news in the emerging markets, there was other positive news that had more impact on the US equity market. Market participants seemed to have taken the positive trade deal between US and Mexico as the first step to the further de-escalation of trade tensions with Canada and more importantly China. The Dow Jones Industrial Average jolted higher by +1.1% on 27 August, the day when President Trump announced that he is terminating NAFTA as it now enters into a different deal with Mexico.

In the same week, Canada failed to reach a trade agreement on 31 August though officials are still in the midst of the trade negotiation to iron out the terms. Both the US and Canadian negotiators insisted that they were making progress. It is just a matter of time before both the US and Canada reach a trade agreement. Moreover, looking at the price action since 31 August shows minimal impact on the US equity market. Investors seemed to be shrugging off the no deal event and are expecting a trade deal to be reached in due course.

Once that happens, the next big catalyst that will provide further gas for the bullish market will be the de-escalation of trade tension between the US and China and possibly the end of the trade war.

There might be some clue that the Chinese government is ready to stand down from the trade war as they have chosen to defend the weakening Chinese Yuan. On 24 August, PBOC announced that it would resume the use of the counter-cyclical factor in the CNY midpoint fixing mechanism. The announcement of the re-introduction the counter-cyclical factor is done promptly as the USDCNH (offshore Yuan) treads near the “red-line” of 7.0000 psychological round number.

Keep in mind the past five months of Chinese Yuan devaluation is deliberately orchestrated by the Chinese government to minimise the impact of the heightened tariffs from the US. Put differently, one can view a rising USDCNH as a barometer for rising trade tensions while a falling USDCNH as a proxy from de-escalation. Thus, the recent reintroduction of the counter-cyclical factor is meant to halt the devaluation of the Chinese Yuan. On the day of the announcement, the Offshore Yuan gained 1.36% against the Dollar.

Figure 1: Offshore Yuan to stabilise moving forward with the re-implementation of the counter-cyclical factor

The last time the PBOC introduced the counter-cyclical factor was in May 2017 when USDCNH was trading around the 6.9000 range. The USDCNH formed an immediate top and entered into a period of downtrend. Over the following 35 weeks where the counter-cyclical factor was in place, the offshore Yuan appreciated approximately 8% against the US dollar to 6.277.

Hence, if the counter-cyclical factor stays in place, we could expect a similar replay in the Chinese Yuan for a period of appreciation against the Dollar. That should spell well for the general equity market as the trade tensions ease off.

All in, staying data-dependant with the “Phillip Recession Tracker” continues to advise a risk-on approach as both the market-based and economic-based data continued to improve. Some more noteworthy data are the Conference Board Consumer Confidence and ISM Manufacturing PMI as both data hit another new multi-decade high signalling extreme optimism from both consumers and producers. 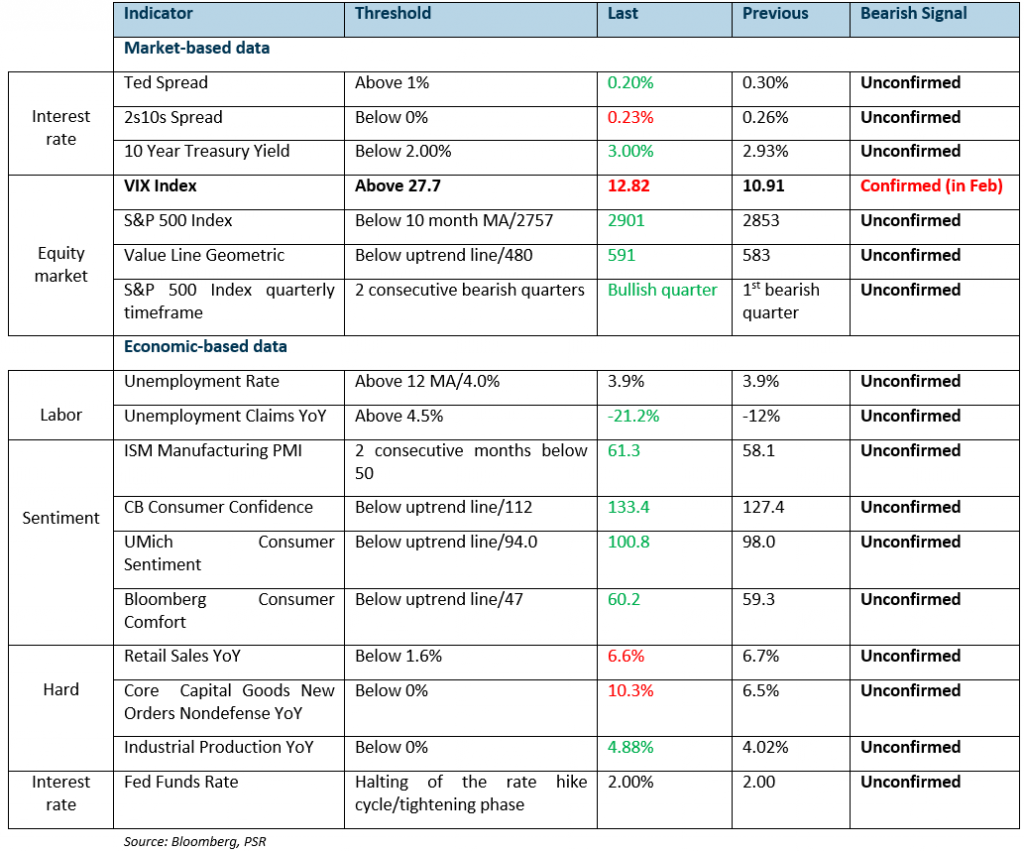 Overall, the interbank level stayed relatively calm with no liquidity funding stress. In August, the Ted spread continued to compress lower to another 52-week low of 0.208% which is a positive sign. As long as the Ted spread stays in a relative range below 0.60%, the equity market should do just fine.

Our study shows that the key threshold that will signal the start of the bear market is when the Ted spread spikes violently above 1.00%.

The VIX index continued to trade relatively calmly below the 20 range in August. However, there is a warning sign flashing from the VIX Futures positioning. Speculators continued to pile onto the short side in August bringing the net amount to –120,000 contracts, an extreme high. Thus, continue to watch the speculator positioning as the current environment is setting up for a short squeeze similar to what happened in February 2018.

In the meantime, as long as the VIX index stays below the 20 range high, the equity market should continue to stair-step higher with reasonable volatility.

* vertical lines demarcate the point when the short squeeze happens