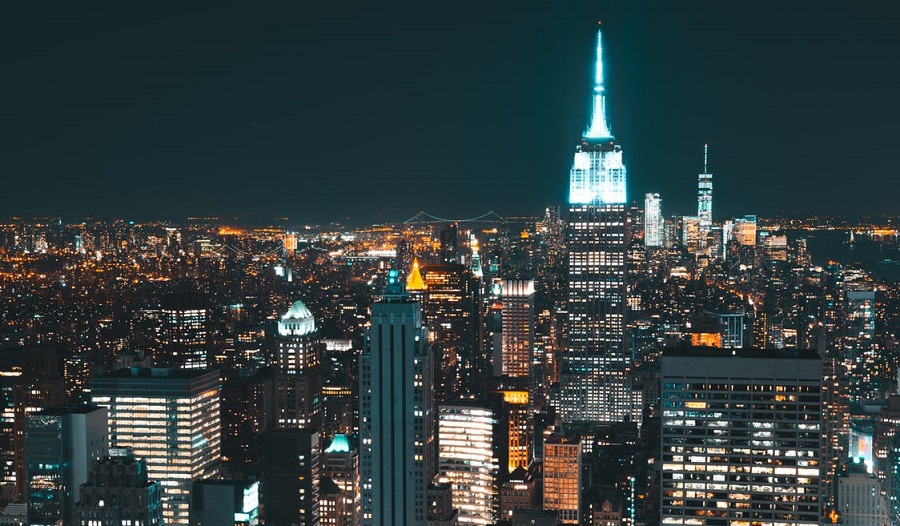 The general equity market continues to vault higher with the S&P 500 Index breaking new record higher day after day. It has only been four weeks into 2018 and the S&P 500 index is already up 6%. A major catalyst for the bullish move was the passing of the tax cut bill in December. Some firms such as Wal-Mar, Comcast, Bank of America, JP Morgan Chase & Co, Starbucks and Disney already have plans to increase wages, issue one-off bonus and hire more workers in response to the tax overhaul. 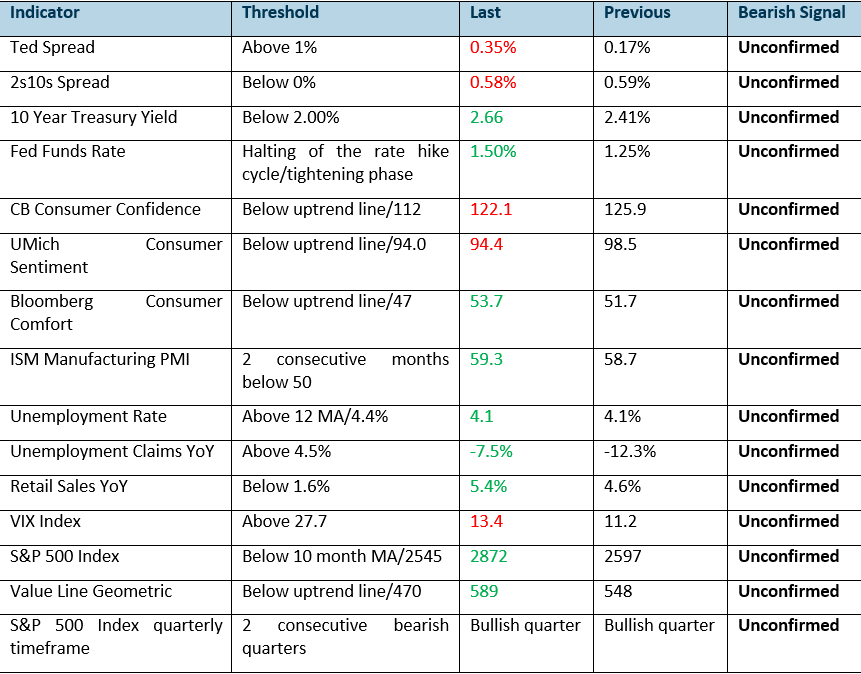 Our Phillip recession tracker is based on 15 fundamental and technical indicators. The threshold represents the levels where bearish signal arises.
Red/Green represents deterioration/improvement from the prior month. Otherwise, it is unchanged.
All clear for now
All clear for now part 2

Likewise, the Phillip Recession Tracker is still showing further improvement, validating the bullish move in the equity market. Most of the recession indicators are still a far cry away from their respective threshold that will trigger the bearish signal, and our base case scenario for seeing some form of significant weakness is at least 6 – 8 months away.  For more information on how we decipher the recession tracker indicators, refer to the report “all clear for now.”

The general sentiment is still at a high with the Bloomberg Consumer Comfort reaching a new multi-week high at 53.8, last seen in March 2001. CB Consumer Confidence also echoed the feel-good effect as it improved in both November and December 2017 to 122.1.

On the industrial side, the ISM manufacturing PMI continues to expand at a strong pace with the recent reading at 59.7, hovering above the euphoric high. All seems fine from the sentiment perspective.

Retail Sales YoY growth fell marginally in December as it declined from a high of 6.0 to 5.4. Nonetheless, the general growth trend remains strong on the upside.

The key threshold to watch for the retail sales space is the 1.6% level. A reading below the 1.6% level will signal a great deal of weakness.

Nothing alarming here from the interest rate complex as the Ted Spread remained tame. Ted spread pretty much ranged sideways for the past month between 0.33% and 0.25%, signalling calmness. Panic will surface once the Ted Spread begins spiking violently above the 0.60% threshold. Until then, the general equity market should progress higher.

On the other hand, the 2s10s spread (yield curve) flattened to a new 52-week low of 0.48% in January 2018 causing some scare to the market. Nonetheless, our base case projection suggests at least another 6 to 8 more months of further flattening in the 2s10s spread before the spread falls below the danger zone of 0%, signalling inversion of the yield curve. Put differently; the general equity market should still have 6 – 8 more months of upside left in them before it experiences any form of significant pullback.

Looking at where we are currently, the 2s10s spread has also recovered back above the 0.50% psychological level, currently at 0.58%.

Figure 3: 2s10s spread – requires at least another 33 weeks before the inversion of the yield curve happens

Bear in mind even if the 2s10s spread falls into negative territory, the fall out in the market will not be immediate. On average, the recession occurs with a lag time of 54 weeks after the inversion of the yield curve. Thus, based on the recent flattening of the 2s10s spread, the base case scenario points to at least 6-8 more months of flattening before the 2s10s spread falls into the danger zone. In other words, the general equity market still has 6-8 more months of upside left before seeing some sharper corrections.

The Federal Reserve (FED) appears to stay on track to their rate hike cycle. According to the FED’s Dot-Plot projection, three more rate hikes of 0.25% is expected in 2018. The market is currently pricing in a 0.25% rate hike in March 2018 as suggested by the Futures and Options market. As long as the FED continues with the rate hike trajectory, that will signal further vote of confidence to the market. The general equity market should continue to rise along with it.

The most important thing to look for is if the FED suddenly switches to a dovish stance and halts the rate hike cycle. That will be the first red flag. Ultimately, the next rate cut would most probably drive the market down along with it.