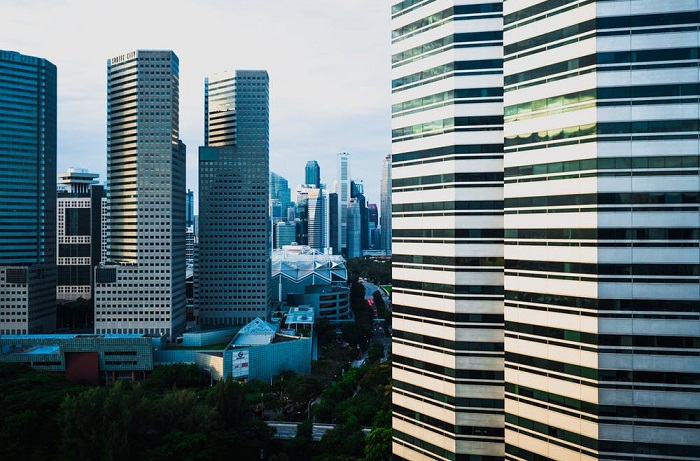 Market:   STI started the year with 3.9% surge in January. As per our 2018 strategy, our STI target for 2018 is 3900. The macro highlight this month is the rise of 10-year US Treasury yields to 4-year highs. The last time we had such a substantial correlation (or sell-off) between bond and equity markets was during the US elections in late 2016. Worth noting that bond yields rose more aggressively during that period. Similarities between both episodes are the fiscal deficit and inflation fears.  A multitude of factors has prompted the recent pick-up in Treasury yields. In the foreground, nudging rates higher has been the improving global economy and the Fed unwinding of US$250bn Treasuries in 2018. We think several new pressure points emerged: (i) Trump tax cut had fortified growth and fiscal deficit expectations; (ii) strong commodity prices, weak USD and strong wage growth stoked inflationary concerns. The US 10 year break-even inflation expectations now at 4-year highs; (iii) political commentary from the US, such as Treasury Secretary endorsing a weak USD and the State of Union address for unfunded $1.5tr infrastructure spending, only added fuel to the bond market uneasiness. Eventually, bond yields spiked, triggering a surge in volatility and technical selling. The equity market is now adjusting to this environment, as all asset values are essentially anchored off interest rates.

Whilst we believe that we are in a new era of interest rates, as per our November 2017 report, a bond rout is not underway. A bear market, perhaps. If we use the Bank of England case study of bond routs, there have been three typical drivers. First, we have the fundamental triggers of 1965-70. The bond market suffered when inflation rose from 1% to a peak of 6.4%. Inflation was unleashed as the result of a rise in wage growth to 6%. Interestingly, the worsening of fiscal performance was not a significant factor in the bond sell-off. At present, we are not a major believer that massive inflation scare is on the horizon. The velocity of money from US and OECD money supply does not support a significant inflation thesis. Second, was the bond massacre of 1994. This plunge in bond prices was the result of poor communications by the Fed, which surprised the market with “pre-emptive” interest rate hikes (somewhat similar to 2013 “Taper Tantrum”). On communications, we think the Fed has well flagged three rate hikes in its dot plots. Third, was the bond rout in mid-2003. Fears of reversal in QE caused nervousness and volatility in Japanese government bonds (JGBs). The spike in bond price volatility stirred Japanese banks to sell even more of their JGB holdings to contain their maximum daily losses. Admittedly, the impact from the current bond price volatility on current holders of long duration bonds is less to clear us, in particular, how long dated or large are the bond holdings of mutual funds or insurance companies.

Recommendation:   We maintain Overweight on banks, property, electronics and consumer. In January, we initiated coverage on China Sunsine (beneficiary of supply containment in China due to environmental concerns) and Y Ventures (growth propelled by monetizing of its data analytics through e-commerce). 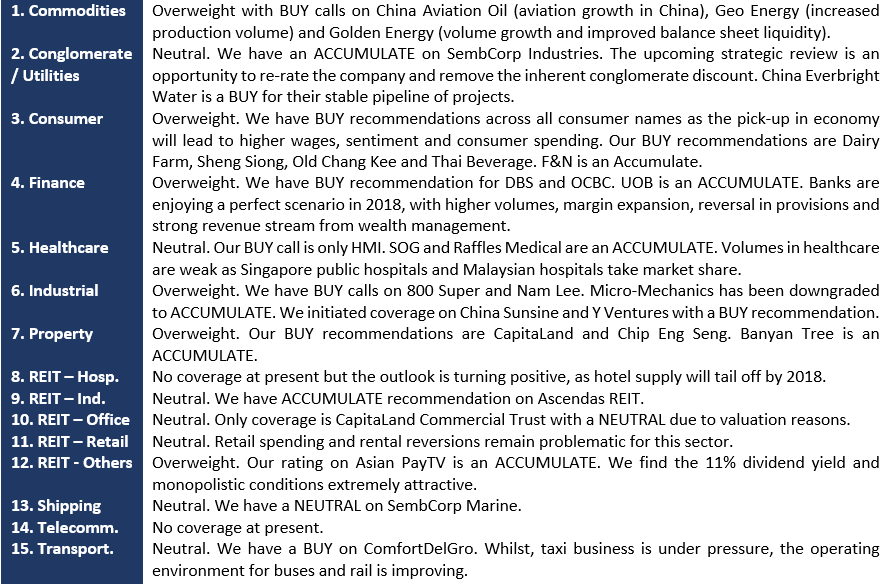