As at end 31 Mar 2017, ThaiBev has a portfolio of 132 companies engaging in production, marketing and sales. It operates (a) 3 breweries, (b) 18 local distilleries and 6 overseas distilleries, and (c) 11 manufacturing facilities for non-alcoholic beverages. The Group has an extensive distribution network covering 400,000 points of sales in Thailand, enabling timely and efficient product delivery to the market.

The Group’s operating profit can be segregated into two segments: (a) ThaiBev core business, and (b) the c.28.5% stakes in both Fraser and Neave, Limited (F&N) and Frasers Centrepoint Limited (FCL). Its core business contributed 86% to the Group’s earnings and the remaining was contributed by its Singapore-listed associates.

Figure 1: Spirits and Beer generated 86% to the Group’s earnings 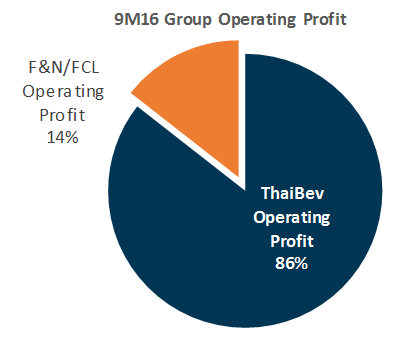 Comprehensive and pervasive distribution network is one of its major strength and key factor that elevated ThaiBev to attain its leadership position in Thailand’s beverage market.

Management shared that 88% of its sales are generated from traditional trades, and the remaining 12% are from modern trades. While it utilizes the strength of Sermsuk traditional trade channel, ThaiBev has been constantly expanding its route-to-market via these subsidiaries: 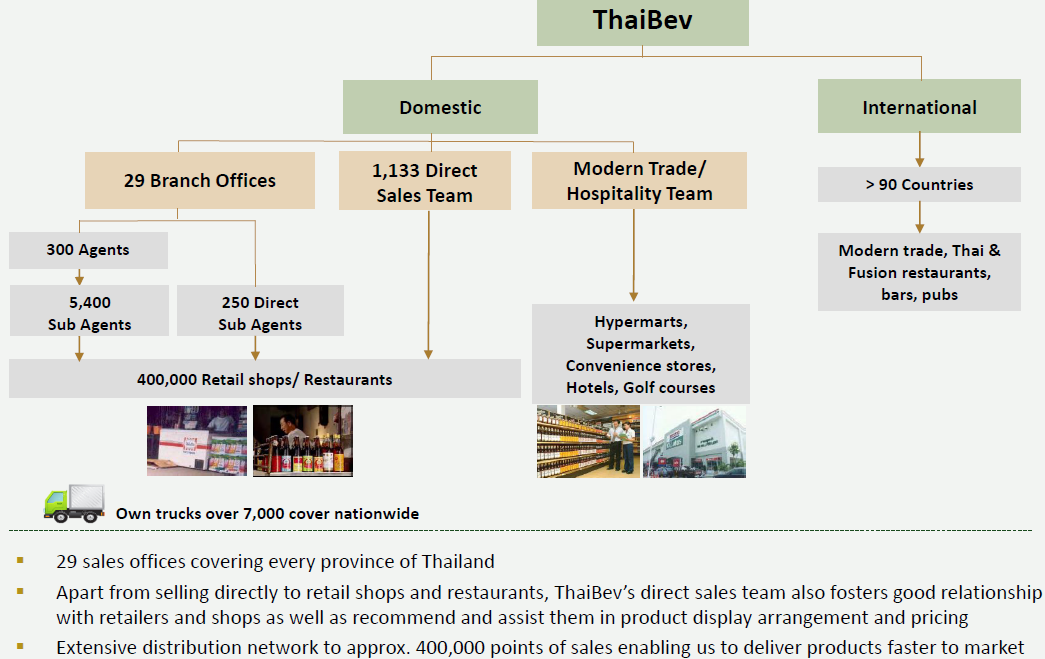