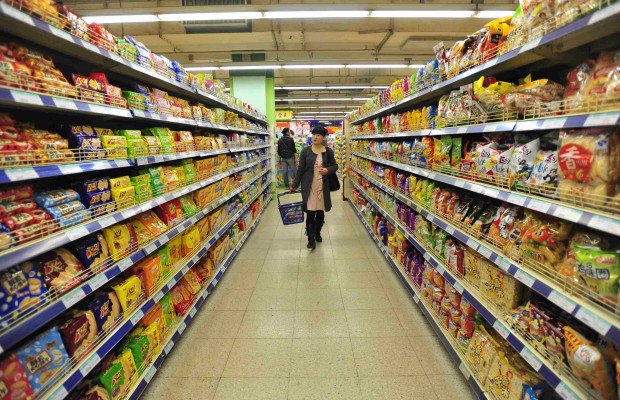 Figure 1: Results at a glance

Steady gross margin at ~25% and extend into FY17F

We expect the nine new stores, alongside the two newly renovated and bigger stores at Loyang Point and Blk 506 Tampines Central, to provide support to FY17F topline growth. We expect operating cost pressures to remain contained due to slight easing of a tight labour market, softer rental reversion, and subdued inflation outlook, which will result in margin expansion. 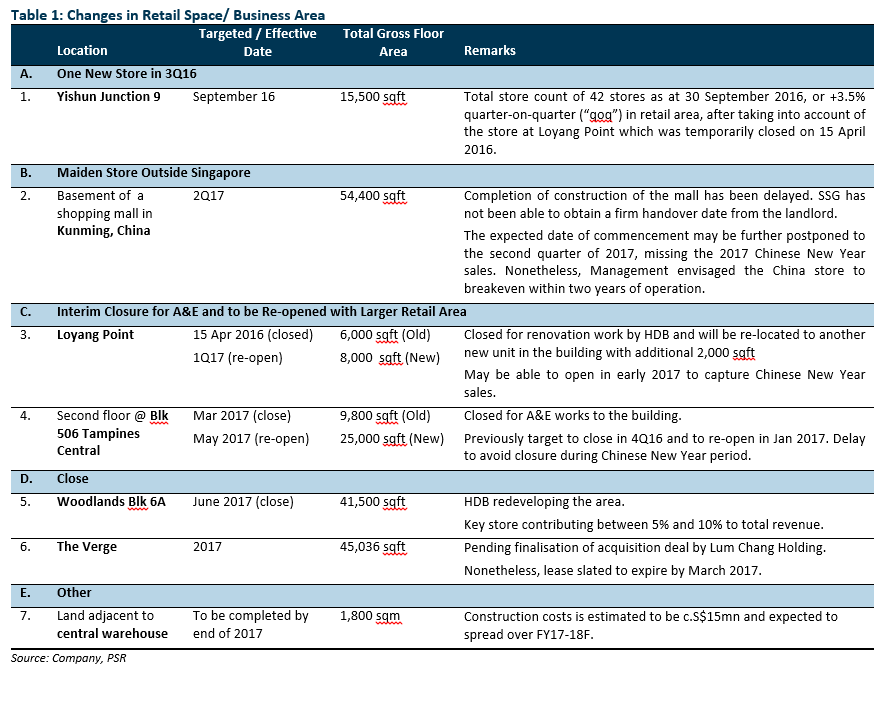 SSG is currently trading slightly above its Singapore peer but is somewhat in line with regional peers’ average, in terms of trailing P/E multiple. 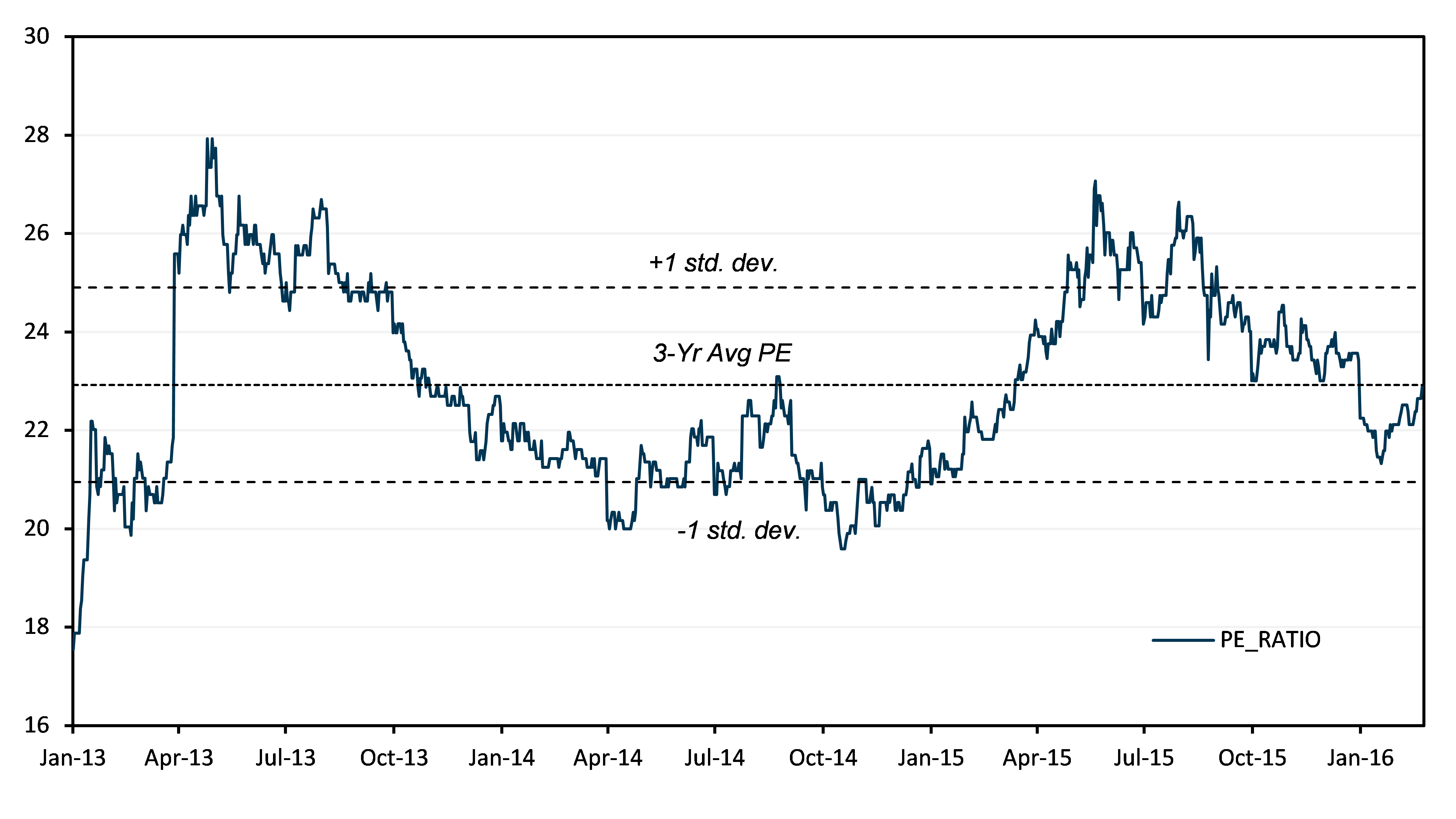 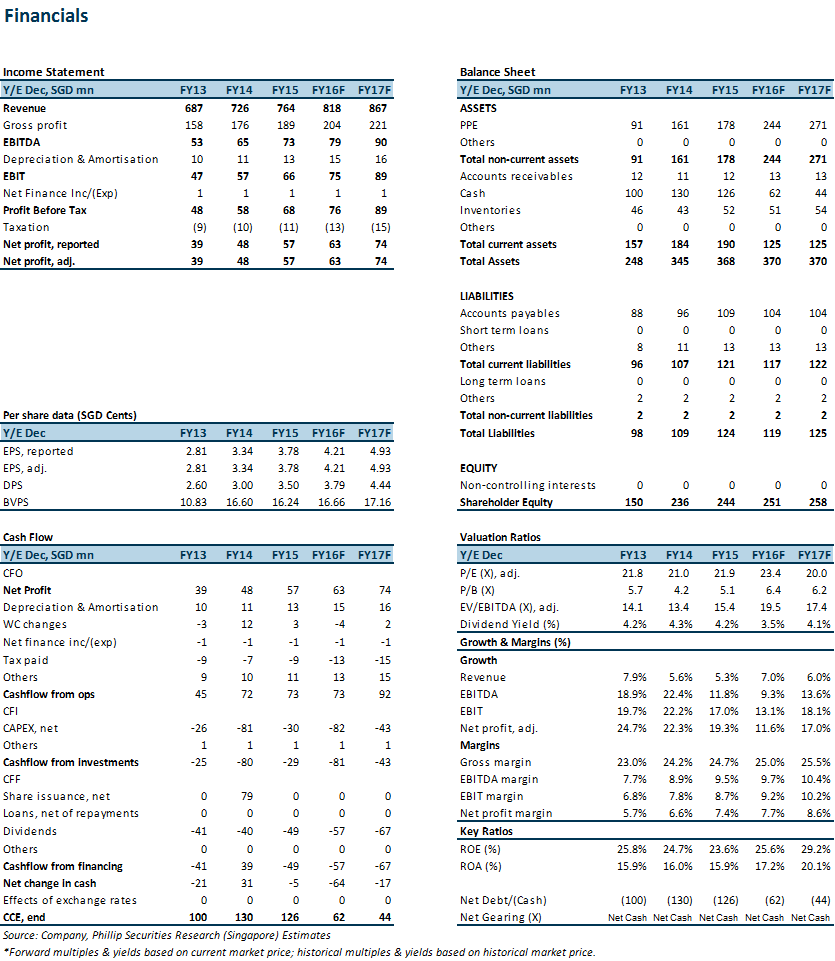