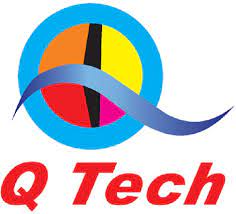 Investment Summary
Q Technology announced the company’s interim results as of 30 June 2021. During the period,
the revenue was approximately RMB 9.336 billion (+6.1% yoy), the gross profit was
approximately RMB 1.083 billion (+47.9%), the gross profit margin was approximately 11.6%,
an increase of about 3.3 ppts compared with about 8.3% in the same period. The company’s
net profit was about RMB 571 million (+70.1% yoy), which was higher than the 40%-60%
guidance range of the company’s positive profit forecast. In addition, excluding the company’s
initiative to impair the goodwill of Newmax Technology and the asset restructuring costs
arising from the spon-off of Kunshan Q Technology China to A- share listing, the company’s
net profit will increase by 82.9% yoy. The company’s net profit growth was mainly attributable
to steady growth in the company’s camera module sales, continuous improvement of its
customer structure and the optimization of its camera module product structure.