We maintain Overweight on the Land Transport sector, on the positive industry restructuring and regulatory action coming into effect which levels the playing field. We maintain our Accumulate rating on ComfortDelGro, with higher target price of $2.69 (previously $2.48).

Figure 2: Monthly Taxi and Rental cars population, as at April 2018 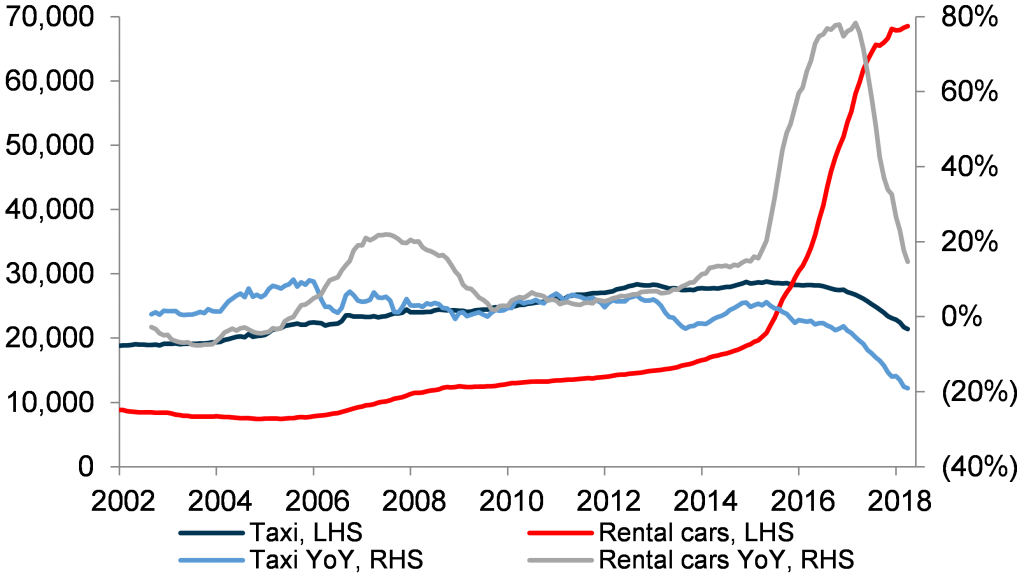