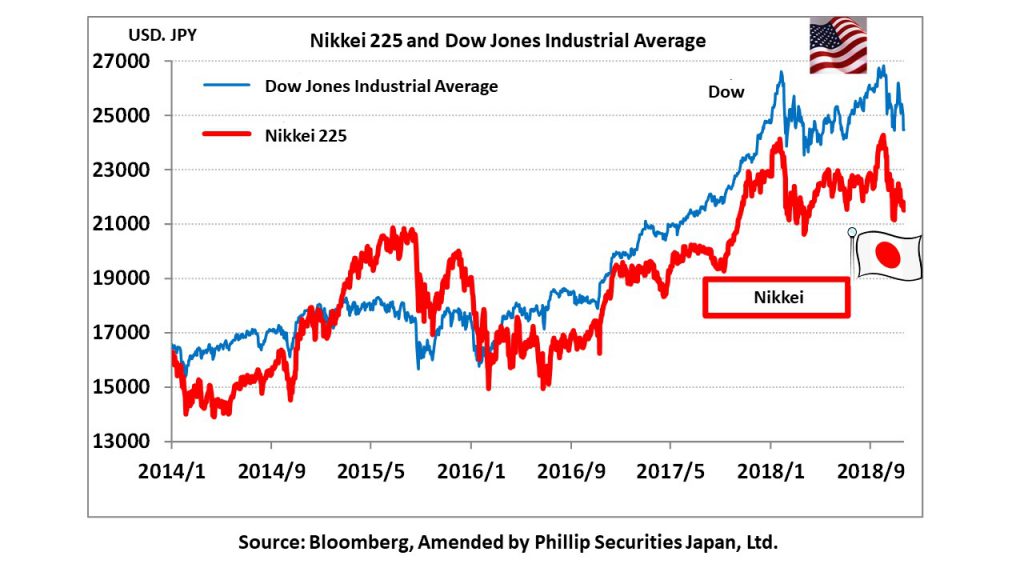 Apple (AAPL) and NVIDIA (NVDA), market-leading companies which had responded successfully to investor expectations and the stock prices of which had been rising sharply, are now depressing global stock prices.  In particular, AAPL, the first US Company with market capitalization exceeding one trillion dollars, is a blue-chip company with stock prices recording a highest 233.47 dollars on 3/10.  Being a constituent company of the NY Dow which is a simple average of the share prices of constituent companies, its impact on the index is indeed significant.  On 21/11, its share price dropped 24.3% from its highest value to reach 176.78 dollars.  In the process, various indices like the S&P500 and NASDAQ also dropped sharply.

Financial results announced on 1/11 revealed that iPhone’s unit sales and sales forecast had both fallen below market expectations. On 12/11, Lumentum Holdings (LITE) was asked to greatly reduce its shipment of laser diodes for 3D sensors presumably for AAPL, and as a result had to revise its business forecast for the Oct-Dec period downwards.  That accelerated AAPL’s stock price decline.  According to a WSJ report of 20/11, AAPL had sought out suppliers for the production of “iPhone XR (10R)” for the period from 2018/9-2019/2, and it seems that the production plan was subsequently cut by 1/3 in late October.

Furthermore, according to input from related parties, it was reported that AAPL had informed several suppliers of its plan to further reduce the production of XR.  AAPL had avoided comments, but Luca Maestri, the CFO, had commented during an interview with WSJ this year that “Suppliers are also manufacturing products for other companies.  Therefore, misunderstandings may arise if you judge iPhone’s demand based on supplier information”.

According to several related parties familiar with the circumstances, sales of new models of iPhones had been more sluggish than expected.  Furthermore, with sales models increasing, it has become increasingly difficult to forecast the quantity of parts and terminals needed, resulting in confusion arising in the supply chain.  When new products are released in each fall season, various speculations will fly around in a typical year.  It is therefore unusual to have such detailed negative press coverage this year.  However, factoring in these bad news, it is possible that selloffs by institutional investors are reaching an end.  The forecasts and ratings of analysts have already been lowered, and the PER based on 2019/9 full-year forecast based on Bloomberg aggregation as of 21/11 has lowered to 13.09 times.  There are signs that the decline in stock prices is stopping.  As the Christmas shopping season goes full steam, expectations for a Christmas rally will be further heightened if AAPL and NVDA stock prices reverse upwards. 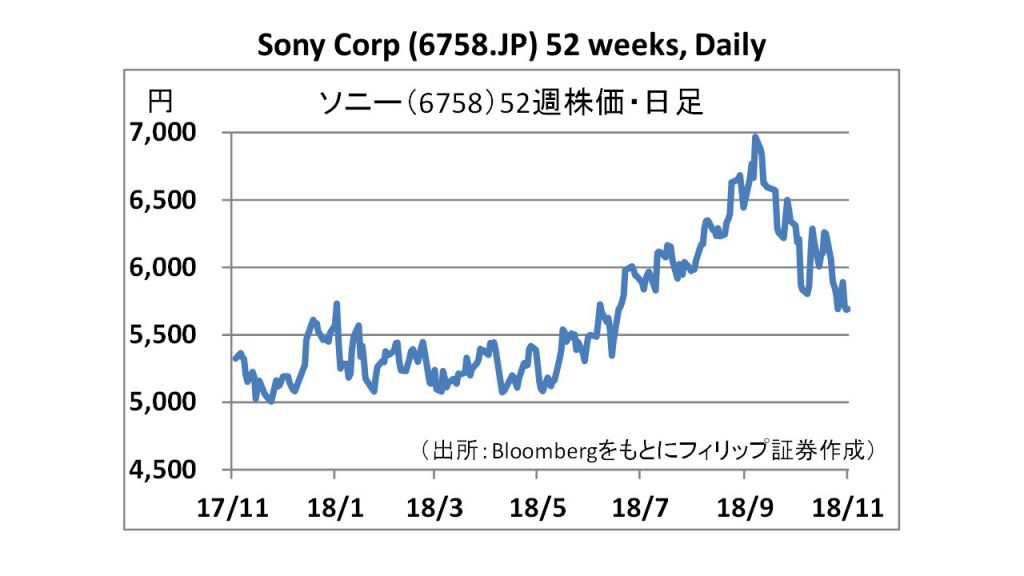 ・For 1H (Apr-Sept) results of FY2019/3 announced on 30/10, net sales increased by 5.5% to 4.1363 trillion yen compared to the same period the previous year, operating income increased by 20.1% to 434.517 billion yen, and net income increased by 88.7% to 399.448 billion yen.  Sales of smartphones were sluggish, but services using “PlayStation 4” performed well.  Extended profits for both the financial and movie businesses. 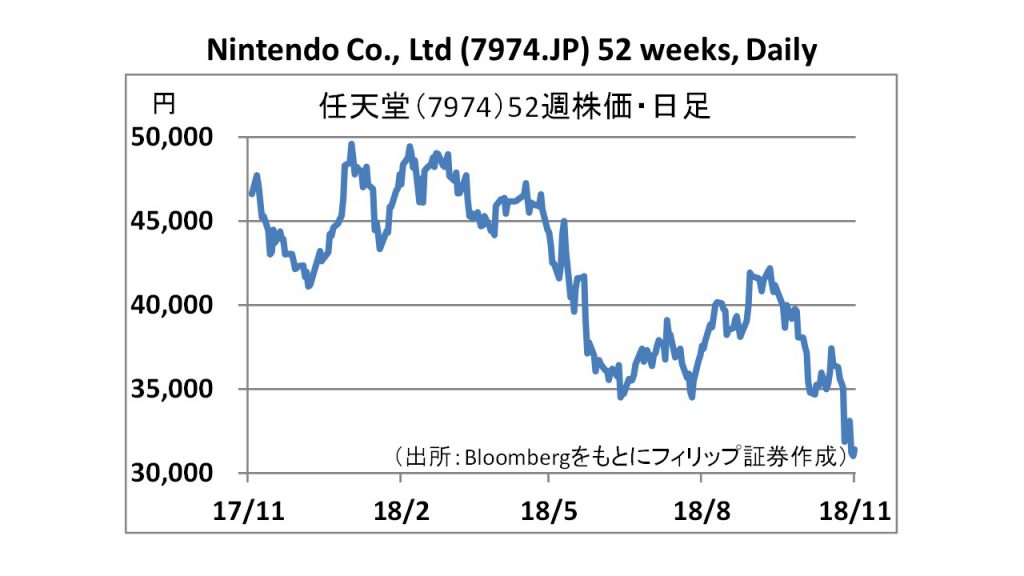