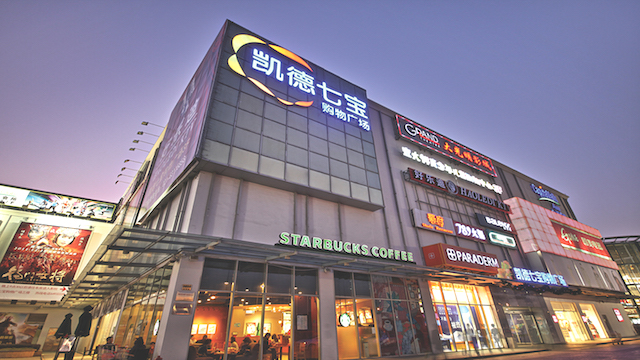 CapitaMall Xizhimen is the biggest mall (by NLA and gross revenue) in CRCT’s portfolio, contributing 27% of FY16 total gross revenue.  The -19.7% rental reversion in 4Q16 may have caused some uneasiness in investors. This was due to two new lifestyle retail concept tenants occupying large areas, who are paying lower base rents than the previous fashion retail tenants. The first is a hybrid bookstore/café and the second a premium textile seller. Management opined that lifestyle retailers such as the bookstore/café could help attract traffic into the mall and at the same time entice them to stay longer in the mall. Excluding these two tenants, 4Q16 and FY16 rental reversion for Xizhimen would have been 4.9% and 4.8% respectively.

As the threat of e-commerce grows, retail malls could increasingly turn to such lifestyle/entertainment/services tenants to attract shoppers to “hang out” in the mall. These trade sectors are also less affected by e-commerce. These tenants however, typically occupy larger floor areas and pay lower base rents. We think what CapitaMall Xizhimen faced would be a continuing future trend for retail malls as they reshape in the new economy.

Other portfolio updates of note.

CapitaMall Minzhongleyuan has benefitted from the re-opening of Zhongshan Avenue and commencement of the new metro line. Committed occupancy improved from 70.5% at end FY15 to 93.6% currently. NPI of this mall when CRCT acquired it in 2011 was ~RMB30mn (translating to gross revenue of ~RMB46mn assuming 65% NPI margin) versus FY16 gross revenue of RMB12.3mn. Management guided that it targets to bring mall revenue and NPI back to the acquisition levels in 3 years’ time.

CapitaMall Wuhu continues to undergo tenancy adjustments and is expected to remain under pressure in FY17.

S$300mn of debt to be refinanced this year is a bridging term loan taken out last year for the acquisition of CapitaMall Xinnan. Management guided that financing margins (spread that banks quote on top of the benchmark Swap Offer Rate or SOR) have stayed relatively stable, notwithstanding a rising SOR rate since November 2016. We have assumed an average cost of debt of 3% for FY17 versus 2.81% in FY16.

Outlook for rental reversion to remain in single digit.

Downgrade to NEUTRAL from ACCUMULATE with lower target price of S$1.44 (from S$1.62).

We downgrade our ACCUMULATE rating to NEUTRAL with a lower DDM-derived target price of S$1.44, at an implied FY17e dividend yield of 7.2%. This compares with CRCT’s average yield of 6.6% since 2010 (post GFC). On the back of slowing fundamentals and rising interest rates posing more headwinds, we deem the higher yield justifiable in current economic climate. 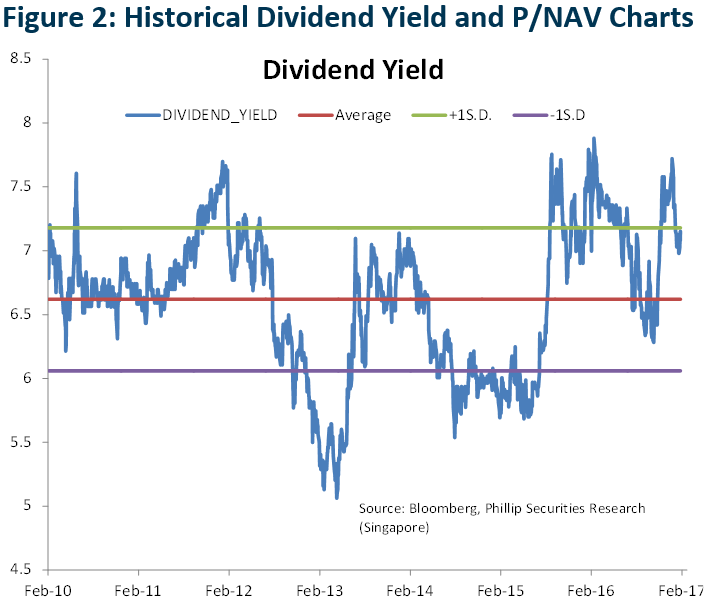 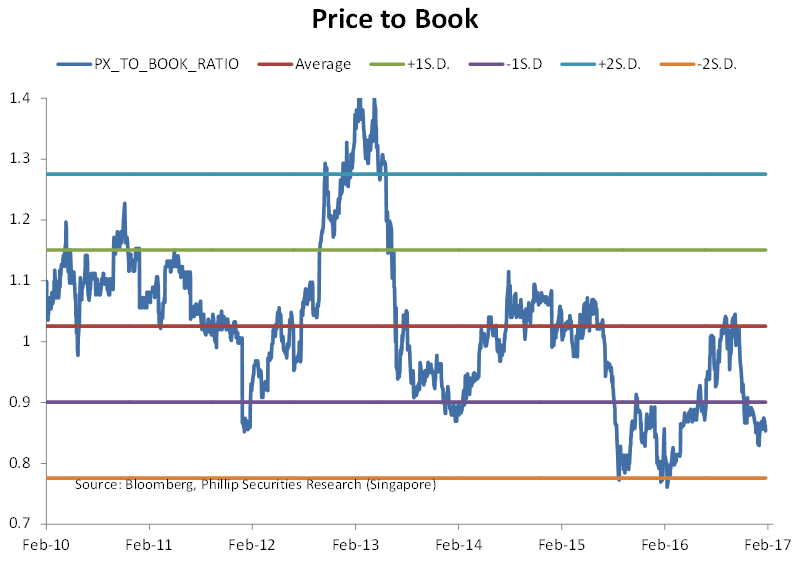