What is in the news and What do we think?

Recall that CCT has proactively forward renewed half of 2017 expiring leases by end FY16 in December 2016. Only 5% of leases (by gross rental income) are due for renewal in 2017. A notable weakness within the portfolio comes from Raffles City, which saw a 5.3% drop in NPI as a result of lower hotel turnover rent. This was offset by 39.7% increase in NPI from CapitaGreen, post 100% ownership. We expect the pace of decline for Raffles City to improve and keep to our projected 1.6% y-o-y drop in NPI for Raffles City for FY17.

We think these physical office transactions reflect the buyers’ optimism at the longer term outlook for Singapore office properties but may not be correlated with the 1-year performance of REIT prices, which are more sensitive to other variables driving short term sentiment such as near term economic indicators.

We note that prior to this record breaking transaction, the previous record paid was S$3,125psf in April 2008 for 71 Robinson Road. That quarter happened to mark the peak of the office price index before the GFC effects set in. The Singapore office price index took 12 quarters before it recovered above that peak level in 3Q11. The FTSE Straits Times REIT Index returned -17.6% over that period.

Figure 1: Previous record price paid for an office property in 2Q08 marked the peak of the office property price index before GFC. Price Index recovered to 2Q08 levels only in 3Q11 (after 12 quarters) 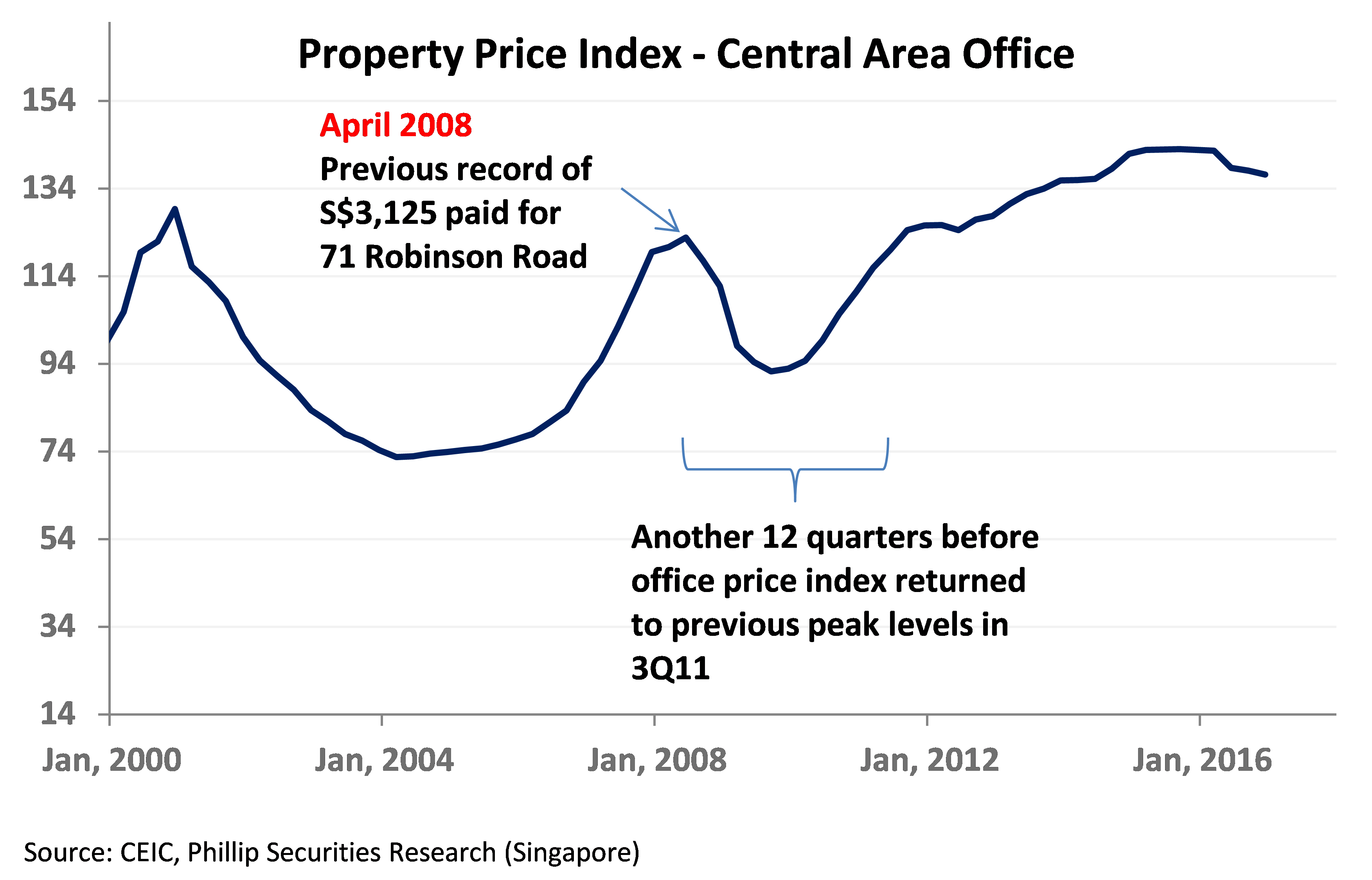 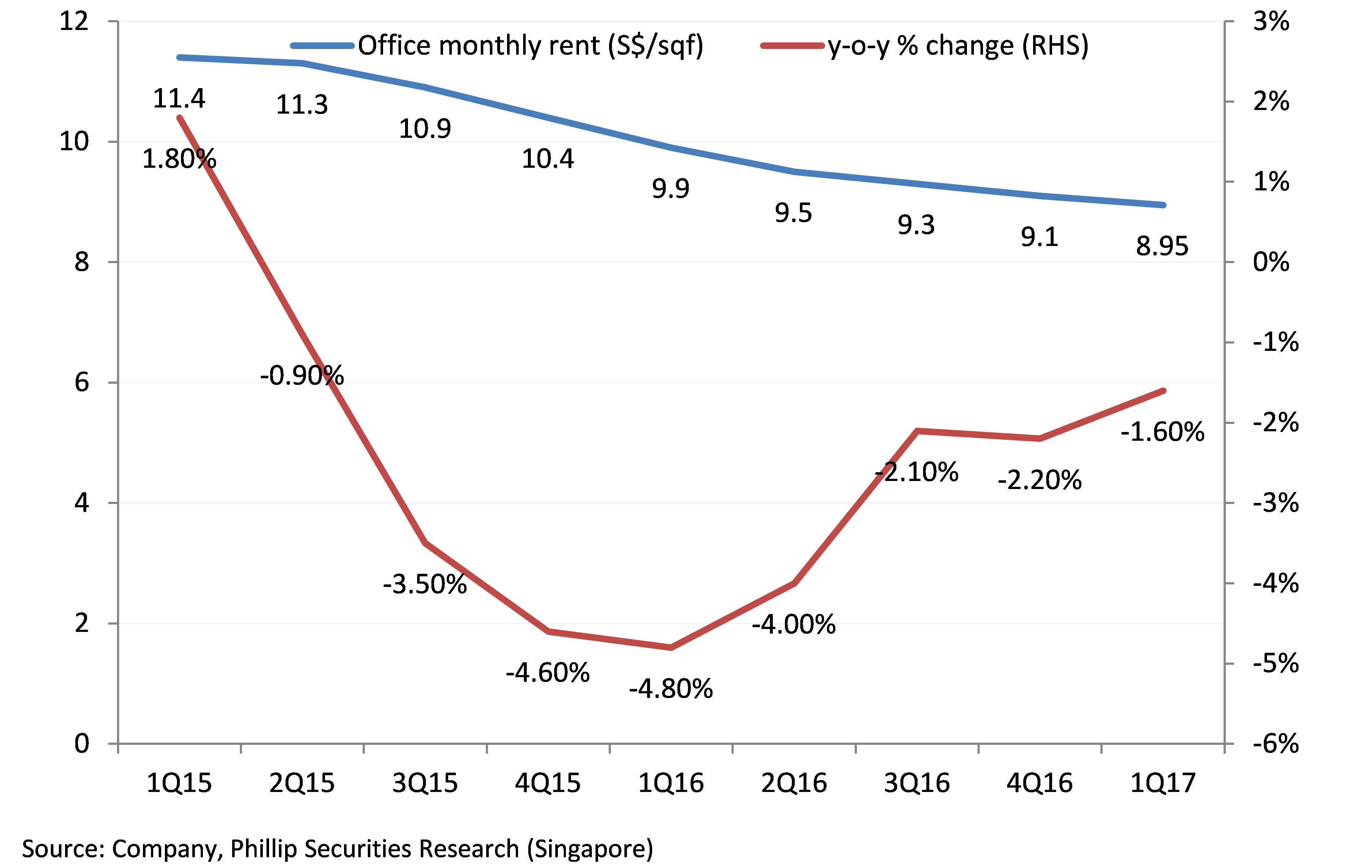