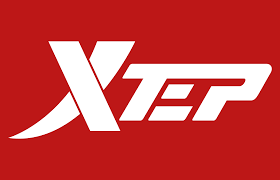 Investment Summary
Xtep International’s main brands recorded a MDS increase in retail sell-through in the Q3, and the discount level was flat QoQ , higher than normal. Inventory levels have improved on a quarterly basis, and retail inventory turnover has been shortened to approximately 5 months. Based on the operating data for the Q3, we adjusted our valuation model and lowered FY20E/FY21E earnings per share to RMB 19.11/29.74 cents respectively. Considering the development of other brands of the company and the development of national policies, the company raised its 12-month target price to $3.68.
The main brand recorded positive growth and outperformed its peers
Xtep announced the Q3 operating data of the Xtep main brand on October 16. The retail sales-through growth of the main brand recorded a MSD growth compared with the same period last year, which is in line with our expectations. Sales performance continued to improve QoQ. In 1Q20/2Q20, Xtep’s main brand grew by a negative 20%-25%/negative LSD compared YoY, returning to a positive growth track. The performance in the Q3 is better than its peers. In terms of monthly breakdown of the third quarter, the sales of the main brand in July and August were basically flat/LSD growth compared YoY. Sales recorded a significant improvement in September, estimated to be about LDD growth. In terms of channels, both online and offline recorded positive growth, while online sales growth is better than offline.
Inventory levels continue to improve quarterly. The retail inventory turnover period in 3Q20 is about 5 months, which is an improvement from 5 to 5.5 months in 2Q20. The current company’s main goal is still to reduce inventory levels. Regarding the discount level, the retail discount level of the main brand remained flat quarterly, maintaining at a rate of 30% to 35%, which is higher than the normal level of 20% to 25%. It is expected to return to normal levels in 1Q21. In Q1 this year, the company proposed to exchange Q1 products with Q3 products to ease the inventory pressure of the retailers. It is expected that the company will cooperate with online sales promotion activities such as “Double 11” in November for promotion.
Other brands’ overseas business affected
Affected by the epidemic, the company also lowered the full-year sales target of K-Swiss and Palladium from approximately RMB 900 million to approximately RMB 800 million, mainly due to the severe epidemic in Europe and the United States, and the brand’s overseas business was more affected than expected. The brand is expected to postpone until next year and begin to record profits. Saucony and Merrell are expected to record 50 million in revenue for the year. The goal of opening stores throughout the year remains unchanged, 30-50 Saucony and Merrell; 30-50 Palladium.