Privatisation thesis is still valid but what’s different this time round?

Our rationale for a privatisation is based on

Potential upside even without a privatisation

Given its valuation of 0.7x PB and a recent rally in share price, WPSG is still undervalued compared to its peers (0.9x PB). The current valuation also prices the Group’s S$1.1 billion of investment properties (Wheelock Place and Scotts Square) for free. With multiple catalysts that involve revenue recognition from development properties in the next 12 months and possibly a privatisation, the current valuation is undeservedly cheap. We have initiate with a Trading Buy and a target price of S$2.28 based on our full-year FY17 RNAV estimates.

Wheelock Properties (Singapore) (WPSG), formerly known as Marco Polo Developments Limited, was listed on SGX-ST in 1981. The Group’s principal activities are property investment and property development with a focus on luxury developments. WPSG is a 76.2% subsidiary of Wheelock and Company (BB code: 20 HK).

We opine that Wheelock and Co could adopt a similar move for WPSG as shares of WPSG are thinly traded and has been trading at a significant discount to its NAV (40%). Additionally, the Group has not sought for funds from the equity market for more than 11 years since 2006.

Our rationale for a privatisation is based on:

Potential upside even without a privatisation 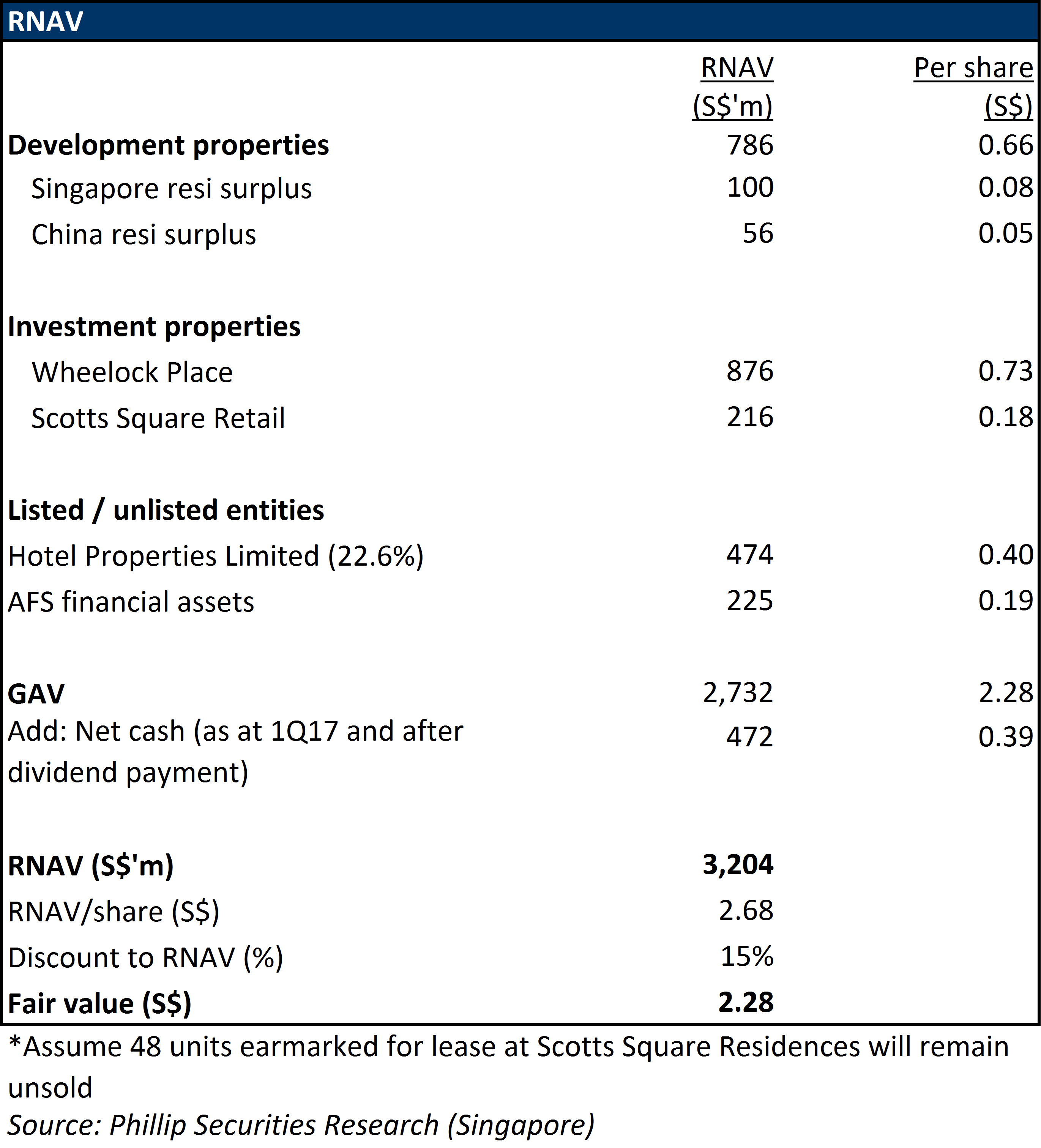