Weimob Inc. (2013 HK) Backed by Tencent, grasp the opportunity of the rise of the private traffic management e-commerce model December 28, 2020 414 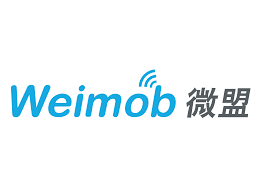 Investment Summary
Private traffic management is the main trend for offline merchants
Take Tencent as an example. Tencent itself focuses more on WeChat payment and advertisement business, while its e-commerce SaaS services mainly choose to cooperate with third-party SaaS platforms. Therefore, the rapid development of social e-commerce platforms has provided huge business opportunities for third-party SaaS platforms. The third-party e-commerce SaaS platforms help offline merchants to build their online stores on social platforms (such as WeChat) and provides services such as online commodity transactions, order management, online payment, and user management. We believe that for merchants who already have enough user traffic for repurchase, it is more appropriate to open an online store through a third-party SaaS platform for private traffic management. Effective private traffic management can increase customer repurchase rates and reduce Customer acquisition cost.
The company actively expands the scale of its SaaS direct sales team, and the proportion of SaaS direct sales revenue is expected to further increase in the future
We believe that for a SaaS service provider, it is especially important to have a strong sales channel. The sales channel connects the company’s products with its customers, and a professional sales team can clearly understand customer needs, so as to ensure that the company’s products can meet customer needs. Currently, the company mainly sells through two major channels, 1) its own direct sales team and 2) channel partners. According to the management of the company, the company currently has approximately 1,600 direct sales personnel. In recent year, the revenue proportion of the company’s SaaS direct sales has increased, from 29% in 2016 to roughly 40% in 2019. It is expected that the direct sales revenue for the whole year of 2020 will reach 50%. We believe that the company’s future increase in the proportion of direct sales revenue can reduce the channel partner share expense ratio of the SaaS business (reflected in the sales and sharing expenses), thereby increasing the profit margin of the SaaS business.
The company’s advertising cooperation with Bytedance is expected to become another growth point in the future
In recent years, Bytedance’s advertising business has grown rapidly. According to Juheng.com, the scale of Bytedance’s advertising has risen from RMB 6 billion in 2016 to RMB 155 billion in 2020 (according to industry sources). At present, the company has cooperated with Bytedance to place advertisements on Bytedance’s platforms (such as TikTok, Toutiao News, etc.) for its advertisers. Since the users of the Bytedance platform are known for their youth. Hence, for some businesses (such as industries that with mainly young customers), placing advertisements on the Bytedance platform can enjoy a higher advertising conversion rate. According to the management, about 80% of the company’s targeted marketing business’s gross billing comes from Tencent, and 20% comes from ByteDance. The proportion of gross billing contributed by ByteDance is still at a low level and we believe it can be greatly increased in the future. We believe that Bytedance will become a major driving force of growth for the company’s targeted marketing business in the future, and we look forward to tighter cooperation between the two parties in the future.