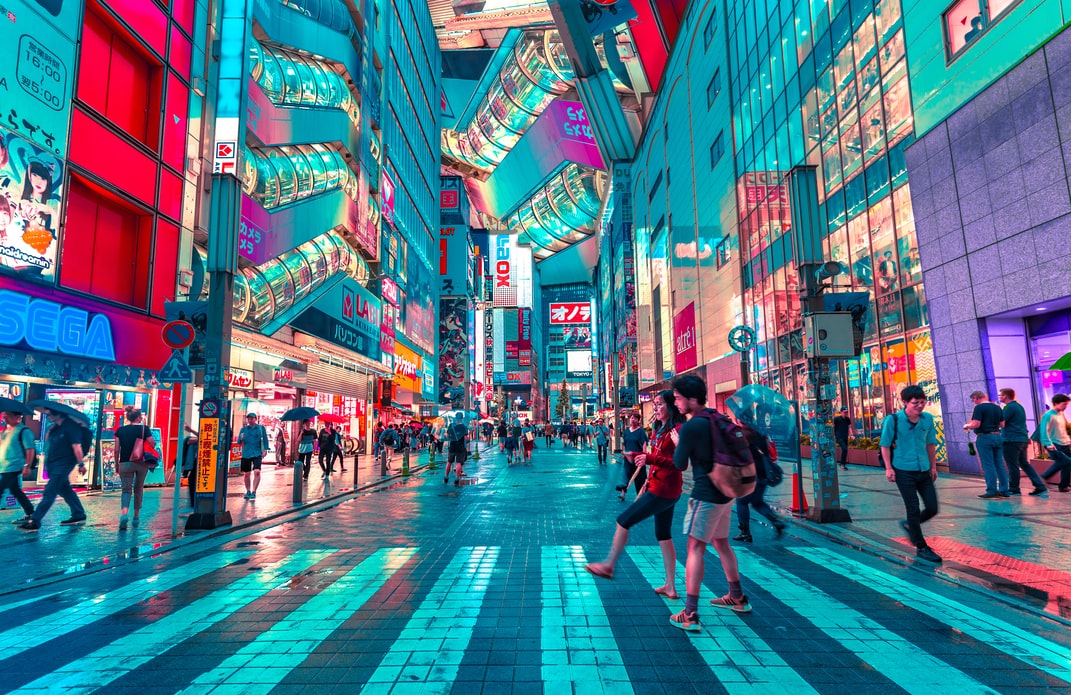 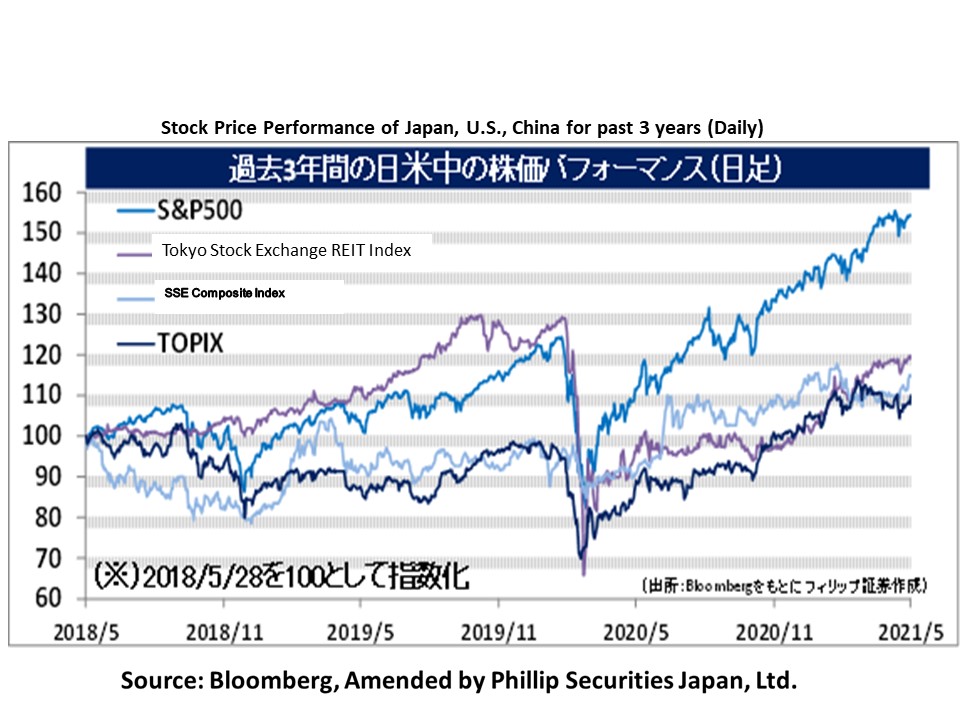 On 27/5, the trading value of the First Section of the Tokyo Stock Exchange became approx. 5.6 trillion yen, a high level since February 2018. With the international investment index, MSCI, having announced the regular switching of indexes on 12th May, since that switch was to be implemented after the end of trading on 27/5, attention was on the movements of related stocks throughout the closing. There are 3 aspects in the MSCI index maintenance, which are as follows. ① the “Semi-Annual Index Review (SAIR)” in May and November, where a full-scale review is carried out on size and segments as well as value/growth, ② the “Quarterly Index Review (QIR)” in February and August, which reflects important changes before the next SAIR which were not reflected in the market at the point of them actually occurring, and ③ “ad hoc changes” when there is an occurrence of a corporate event, such as a merger, acquisition or spinoff, etc. The period of implementation for SAIR and QIR is after the end of the business day, which is the final day of the handover in that corresponding month, and is usually announced at least 10 business days before the implementation. There may also be a need to note that there are stocks where a buying and selling demand occurs from changes in the incorporation of market capitalisation or the ratio of floating stocks that enable foreign investment (FIF).

Following the conclusion of the Amended Banking Act on 19/5 which newly recognises staff dispatch, system sales, data analysis and advertisements, etc. in banks, on 26/5, the Amended Copyright Act, which simplifies procedures for processing rights in “simulcast” which runs TV programmes on the internet at the same time as their broadcast, as well as the Amended Act on the Promotion of Global Warming Countermeasures, which constitutes climate change countermeasures that ought to be tackled by the country, local governments and corporations, were passed and concluded by the House of Councillors. Amongst local banks, there will likely be attention on financial groups, such as Fukuoka Financial Group (8354), which pioneers efforts in digital businesses, such as Japan’s first digital bank, “Minna no Ginko”, and “iBank Marketing”, which expands Fintech businesses. Also, the lowering of barriers between terrestrial and online will likely benefit television stations burdened by the drop in revenue of terrestrial advertisements as a result of being dominated by online advertisements. Furthermore, from 1/6, management of hygiene control in accordance with HACCP will become mandatory across Japan for business establishments handling foodstuff. It is believed that it will be a business opportunity such as for the temperature control measuring apparatus manufacturer, Chino (6850), as well as Shinto Kogyo (6339), which handles metal detectors responsible for preventing contamination especially in metals.

As mentioned in the 1st March 2021 issue of our weekly report, it appears that the stock market has begun focusing on the rise in aircraft demand, such as the plan for increased production of the European Airbus and the increase in orders in the U.S. Boeing (BA). It looks like we can say that the time is gradually coming for a shift to an increase in demand for aircraft components in “Boeing-related” companies, such as Mitsubishi Heavy Industries (7011), Kawasaki Heavy Industries (7012), Subaru (7270), Toray (3402) and ShinMaywa (7224), etc. 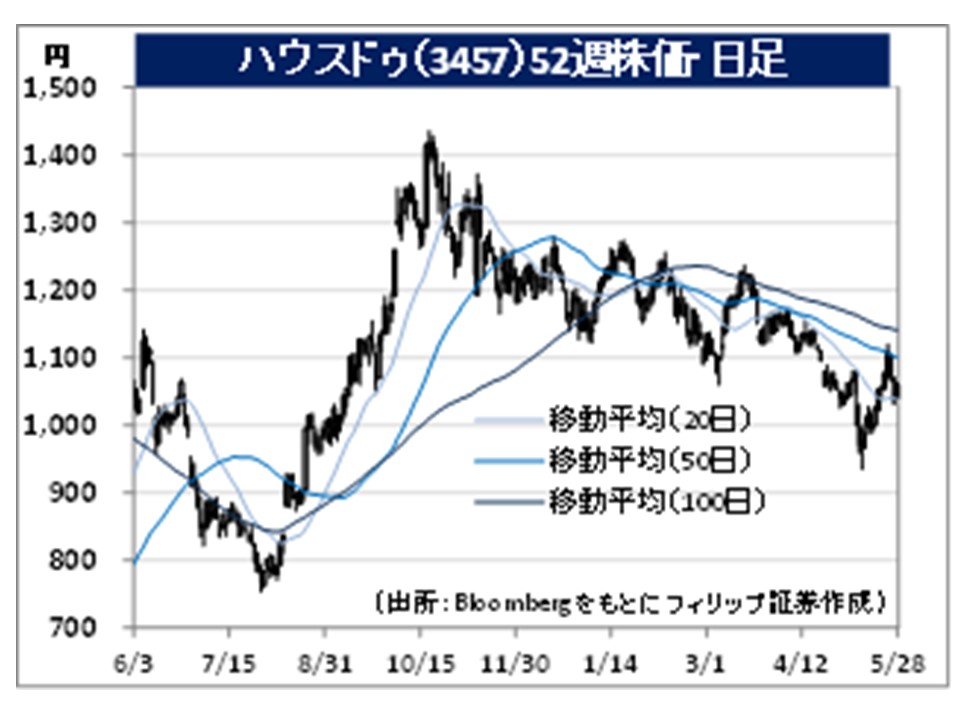 ・For 9M (2020/7-2021/3) results of FY2021/6 announced on 11/5, net sales increased by 10.4% to 25.351 billion yen compared to the same period the previous year and operating income increased by 10.9% to 1.266 billion yen. The increase in the number of new member stores in the franchise business, the acquisition of capital gain from the sale to real estate funds, etc., and the reverse mortgage guarantee due to cooperation with financial institutions, etc. contributed to business performance.

・For its full year plan, net sales is expected to increase by 3.3-14.2% to 33.976-37.532 billion yen compared to the previous year and operating income to increase by 43.3-85.5% to 2.713-3.512 billion yen. The transfer to funds of held real estate for leasing in the house leaseback business is expected to contribute to their full year business performance. As a result of cooperation with regional financial institutions, the total number of contracts in the reverse mortgage guarantee business increased by 39% to 502 as of end April this year compared to end June last year. As of 12/4, the number of partner financial institutions has expanded to 24. 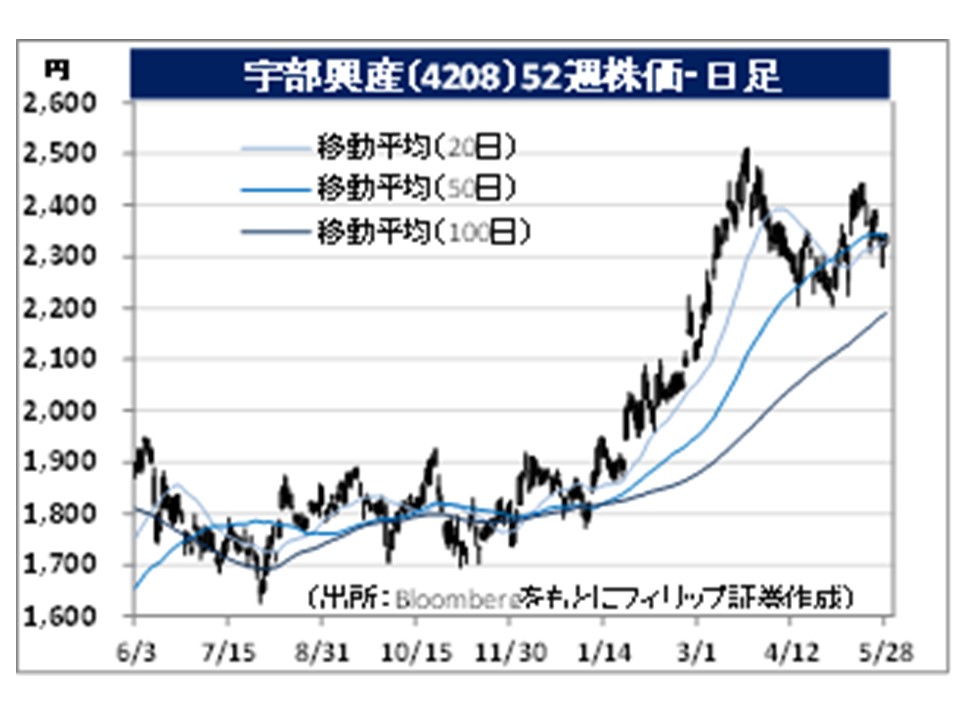 ・Established in 1942 with its beginnings in coal mining in 1897. Manages business segments, such as chemistry which involves nylon resin and synthetic rubber, etc., construction materials such as cement and limestone, etc., and machines such as moulding machines, etc., and carries out the manufacture and retail of those involving them.

・For FY2021/3 results announced on 12/5, net sales decreased by 8.1% to 613.889 billion yen compared to the previous year and operating income decreased by 23.9% to 25.902 billion yen. The decline in demand in the chemistry segment and machines segment in the first half as well as a worsening in the market condition of chemicals influenced the decrease in revenue. In addition, regular repair conducted in ammonia factories influenced the decrease in profit.

・For FY2022/3 plan, after adjustment of the accounting standard for revenue recognition, net sales is expected to increase by 5.9% to 570 billion yen compared to the previous year and operating income to increase by 42.8% to 37 billion yen. A recovery is predicted in the chemistry and machines segments. It was announced that a segment business would be integrated with Mitsubishi Materials (5711) in April next year. Also, an agreement was formed with Itochu (8001), etc. involving the joint development of supply bases and the supply of ammonia fuel for ships in a bid to utilise their expertise as Japan’s largest ammonia producer.