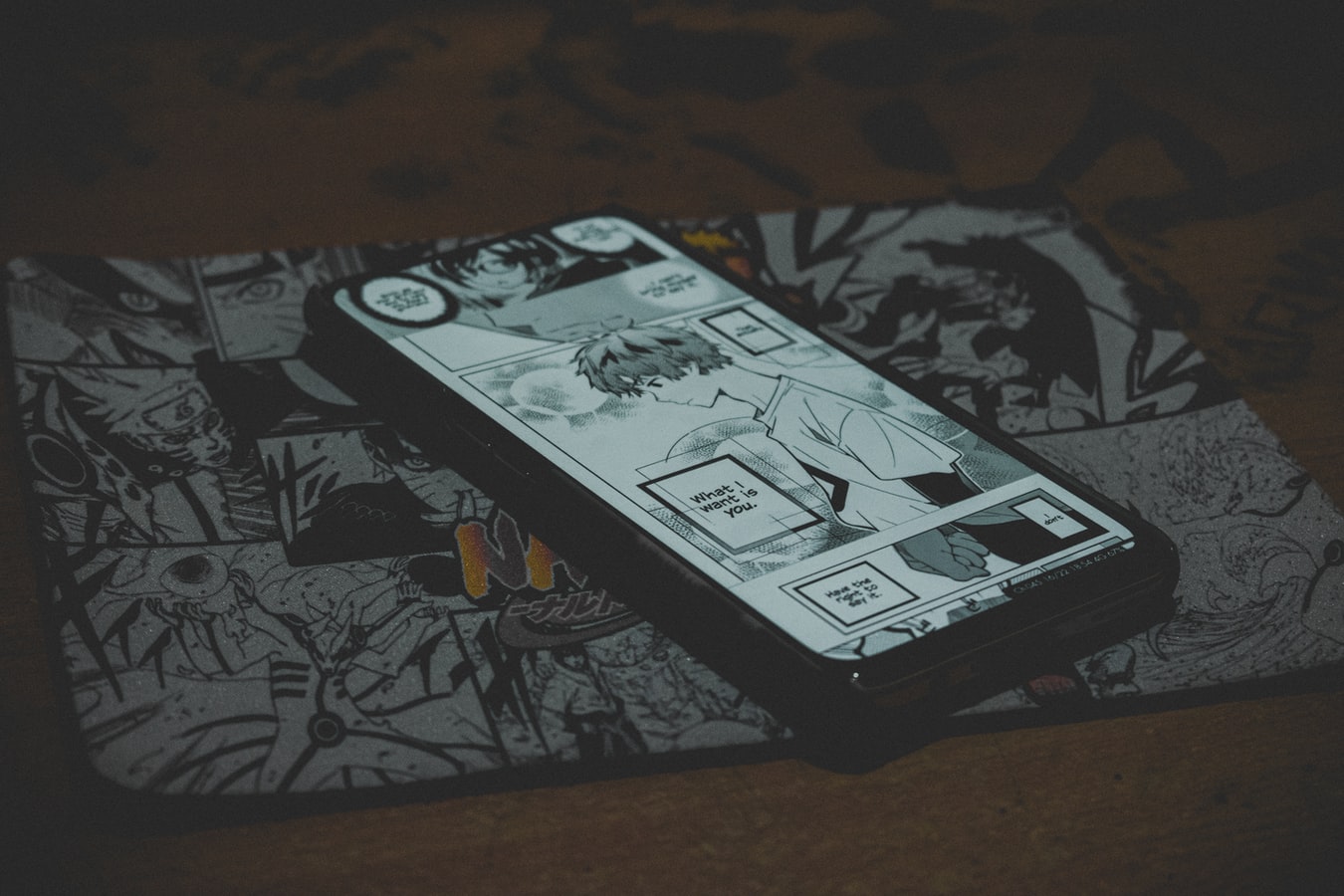 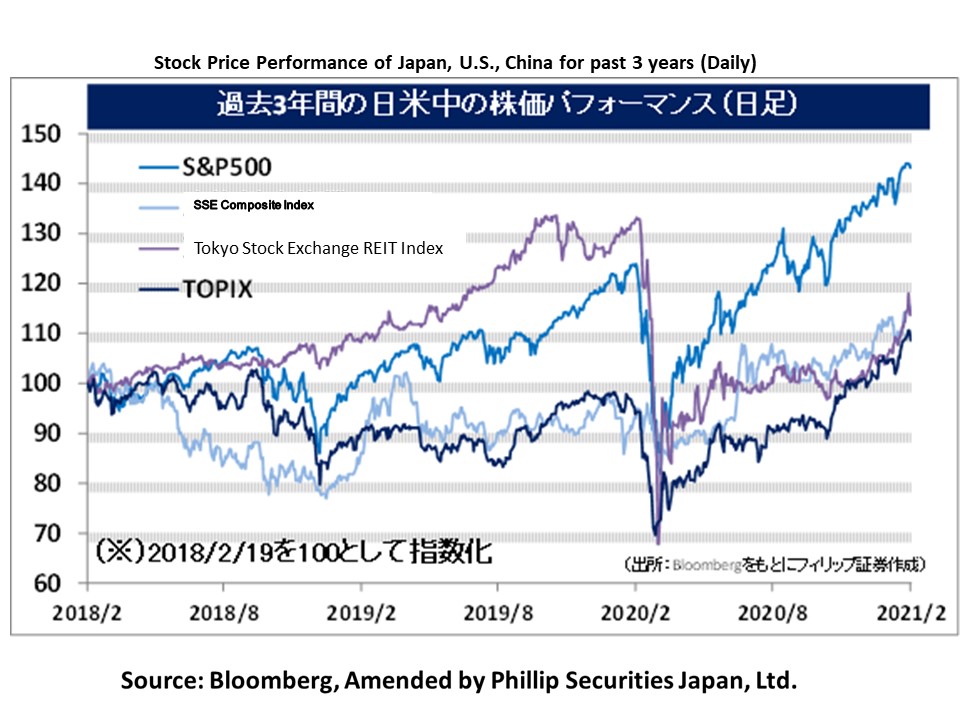 The Nikkei Average broke through 30,000 points on 15/2 and closed at 30,467 points on 16/2.  This level is equivalent to 1.32 times the weighted average PBR (price-to-book-value ratio), which is weighted by market capitalization of the Nikkei Average’s constituent stocks, and is the highest level since 2nd February, 2018.  At that time, the “Trump tax cuts” were enacted in the US in December 2017, and in Japan, the ruling party won with huge margins in the House of Representatives election in October 2017, resulting in strong stock markets in both Japan and the US.  Optimism dominated the market as the VIX index, which is said to be a “fear index” representing investor sentiment in the S&P500 Index, fell below 10%, and the Nikkei Average soared from a low of 19,239 points on 8/9 of the same year before the dissolution of the House of Representatives to a high of 24,129 points on 23/1, 2018.  Closing price on 2/2 was 23,122 points.

Under such an environment in the Japanese and US stock markets, the yield on 10-year US government bonds rose from around 2.05% in September 2017 to around 2.85% in early February 2018, and the VIX index soared from 6/2 onwards.  It can be recalled that the “risk parity” strategy of lowering the ratio of risky assets being held in response to increased volatility caused the global stock markets to plunge simultaneously, and the Nikkei Average fell to a low of 20,347 points on 26/3, 2018.  Since then, the weighted average PBR has exceeded 1.3 times for the first time in about three years, and, as was the case then, a rise in US long-term interest rates is expected.  Therefore, in some respects, the conditions for a downward adjustment are in place.

Turning to the PBRs of individual stocks, the share price of Fast Retailing (9983) has exceeded 100,000 yen and its PBR has reached about 11 times.  High PBR stocks should be viewed in terms of PBR adjusted for the addition of intangible assets to net asset, such as IP (Intellectual Property), which have economic value that does not appear on the balance sheet.  Comparing the company’s share price with the market capitalization of Spain’s Inditex, the world’s largest apparel maker in terms of sales (equivalent to 10.3 trillion yen as of the closing price on 18/2), there is room to see growth potential in the value of UNIQLO and subsidiary brands.  On the other hand, since it is the largest contributor amongst the constituent stocks of the Nikkei Average, it should be noted that it is likely to be overbought in index-related trading as the number of shares in circulation decreases.

In terms of IP assets of Japanese companies, there is growing interest from overseas in the value of famous titles and characters in the entertainment industry, such as video games.  In terms of PBR at the close of 18/2, Toei Animation (4816), which produces “Dragon Ball” and other titles, reached about 6.2 times, while Nintendo (7974) was about 4.8 times.  These are higher than that of The Walt Disney Company (DIS) of the US which is about 3.9 times.  Netflix (NFLX) of the US has announced a program to support the training of animators in Japan, and has stated a policy of strengthening its own animation production.  All these indicate the growing value of entertainment-related IP assets. 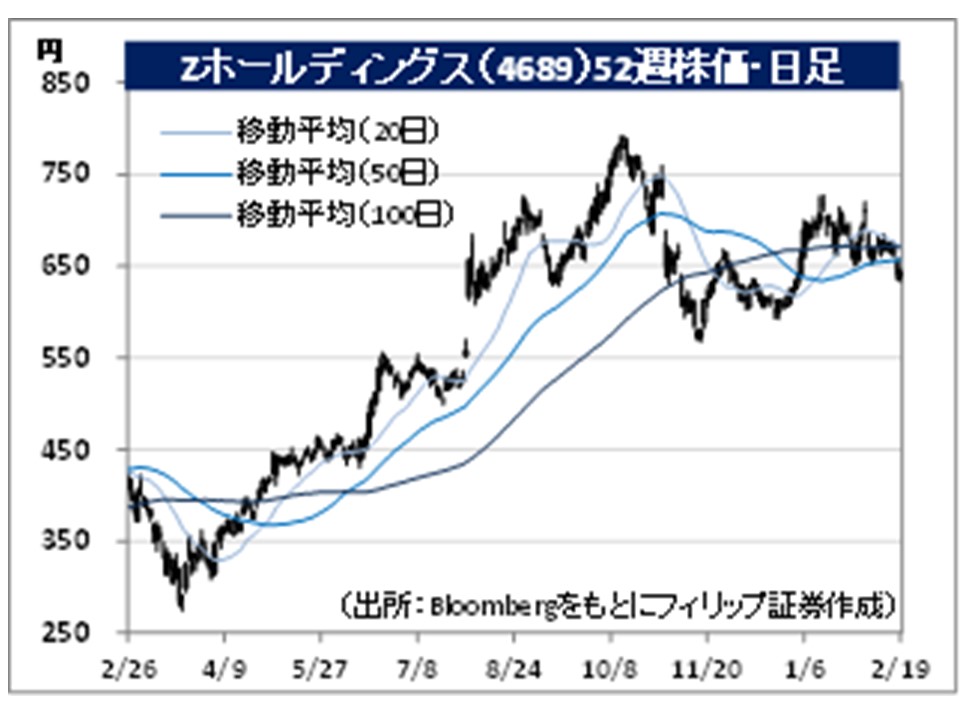 ・For its full year plan, revenue is expected to increase by 8.3% amounting to 1.14 trillion yen compared to the previous year, and operating income to increase by 5.1% to 160.0 billion yen.  Business integration with LINE is scheduled to be completed in March this year.  LINE launched its banking service “LINE BK” in Thailand in October last year as a joint venture with Kasikorn Bank.  With the number of accounts reaching one million in less than three months and the balance of loans to individuals reaching 10 billion yen, LINE is gaining recognition in Thailand as a “super app” that provides a full range of services. 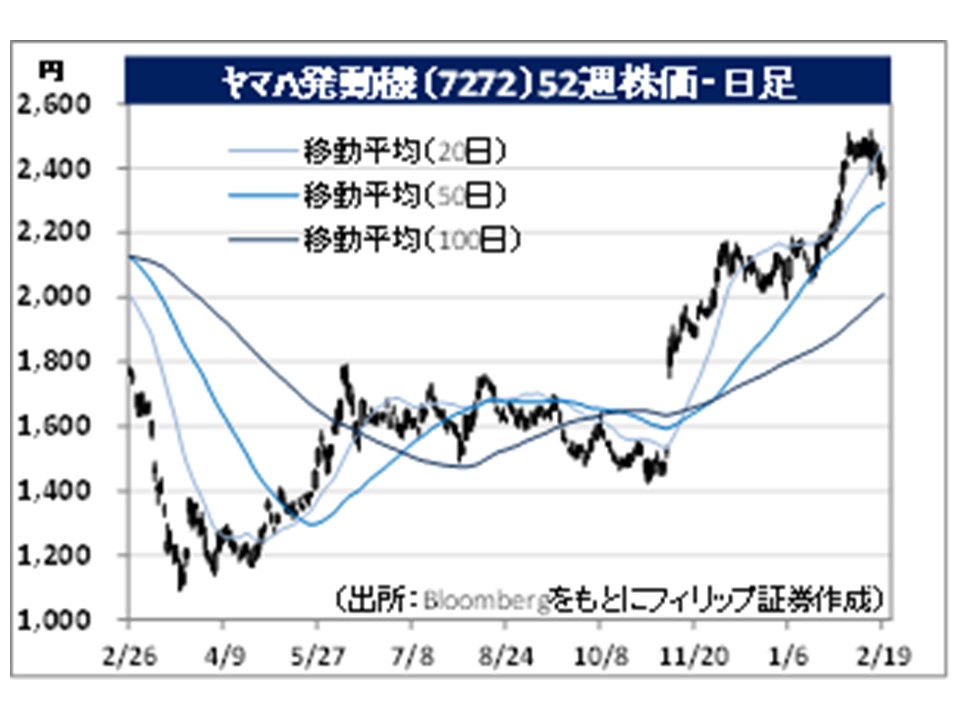 ・For its FY2020/12 results announced on 12/2, net sales decreased by 11.6% to 1.4712 trillion yen compared to the previous year, and operating income decreased by 29.2% to 81.672 billion yen.  After bottoming out in the 2Q (Apr-Jun) period, company started to recover, with the Robotics and Financial Services businesses seeing increased sales.  However, the decline in sales volume of motorcycles in the Land Mobility business and the Marine Products business owing to the Covid-19 pandemic had impacted results.

・For FY2021/12 plan, net sales is expected to increase by 15.5% to 1.7 trillion yen compared to the previous year, and operating income to increase by 34.7% to 110.0 billion yen.  Company sees rising transportation costs due to global container shortages and difficulty in procuring parts owing to semiconductor shortages as risks.  With Taiwan’s TSMC planning to invest 20 billion yen to establish a development base in Japan for back-end semiconductor manufacturing, company’s strength in back-end bonding and molding equipment is likely to attract attention.