The United States of America (U.S.) holds the largest amount of debt in the world. This should not be a surprise since U.S. is also the country with the largest Gross Domestic Product (GDP). However, what is startling is its rate of growth of its debt as compared to its GDP growth.

Since the Global Financial Crisis (GFC), U.S. as a country have not deleveraged as most of us would have expected. In fact total outstanding credit have increased by c21% from the high of US$55 trillion in 2008, to US$66 trillion at the end of 2016. During the same period of time, U.S. real GDP grew a little over 15%.

Figure 1: US Total Outstanding Credit ballooned by 21% since 2008 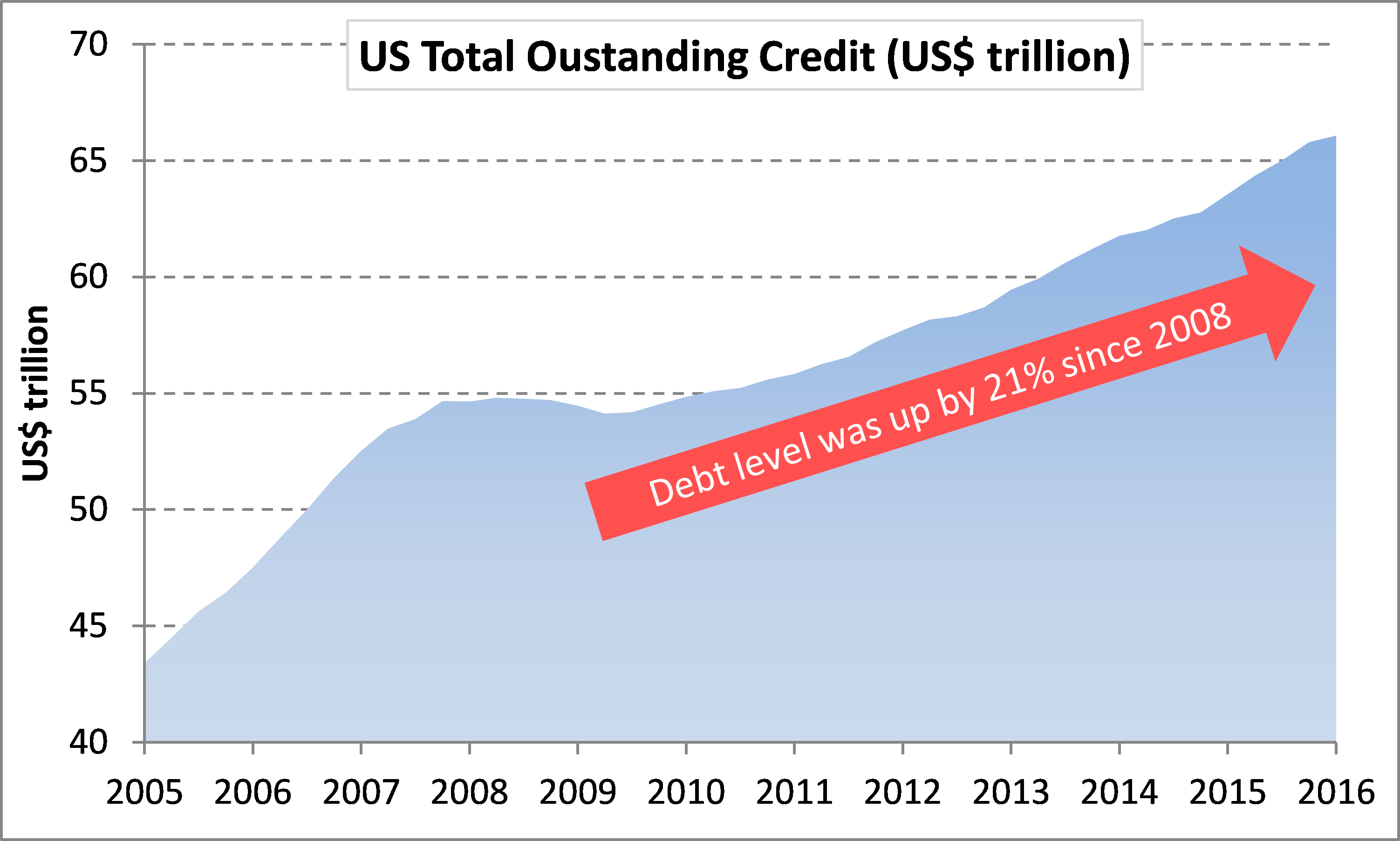 Figure 2: US Government overtook financial sector as the largest debtor 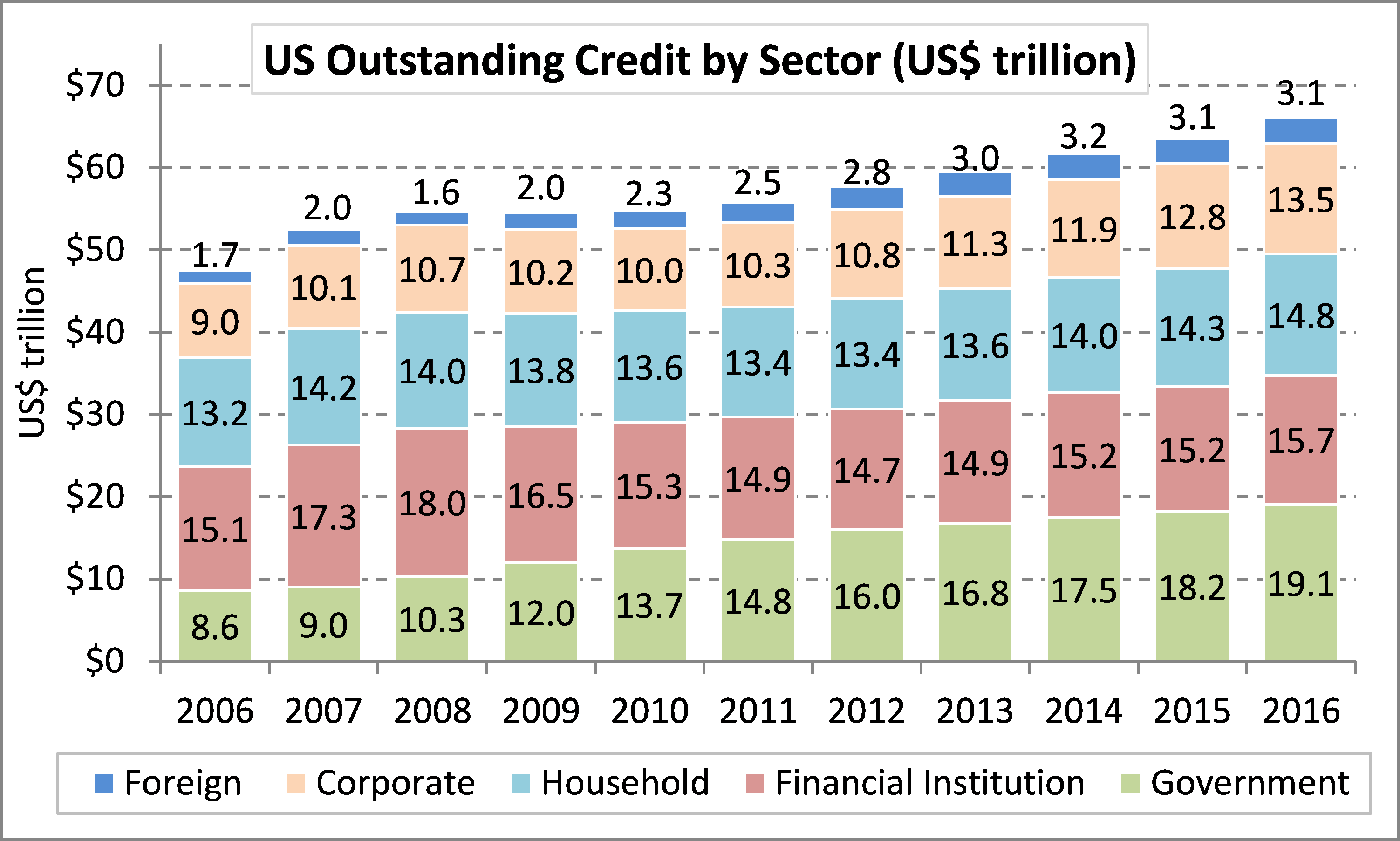 The increase in U.S. Government debt was largely due to the huge amount of funding needed to stabilised the economy during the aftermath of GFC. At the depth of GFC, the liquidity crunch within the financial system has forced household, corporates and financial sectors to deleverage. In order to maintain the integrity of the financial system and prevent the economy from going into a depression, the U.S. Treasury department, together with the Federal Reserve (Fed), took extra-ordinary measure to inject liquidity into the system via Quantitative Easing (QE).

In Figure 3, which shows the quarter-on-quarter changes in outstanding debt, depict clearly that as household, corporate and financial institutions deleveraged in late 2008, U.S. Government increase their outstanding debt by issuing more U.S. Treasuries.

Figure 3: Government levered up when all other sector deleveraged 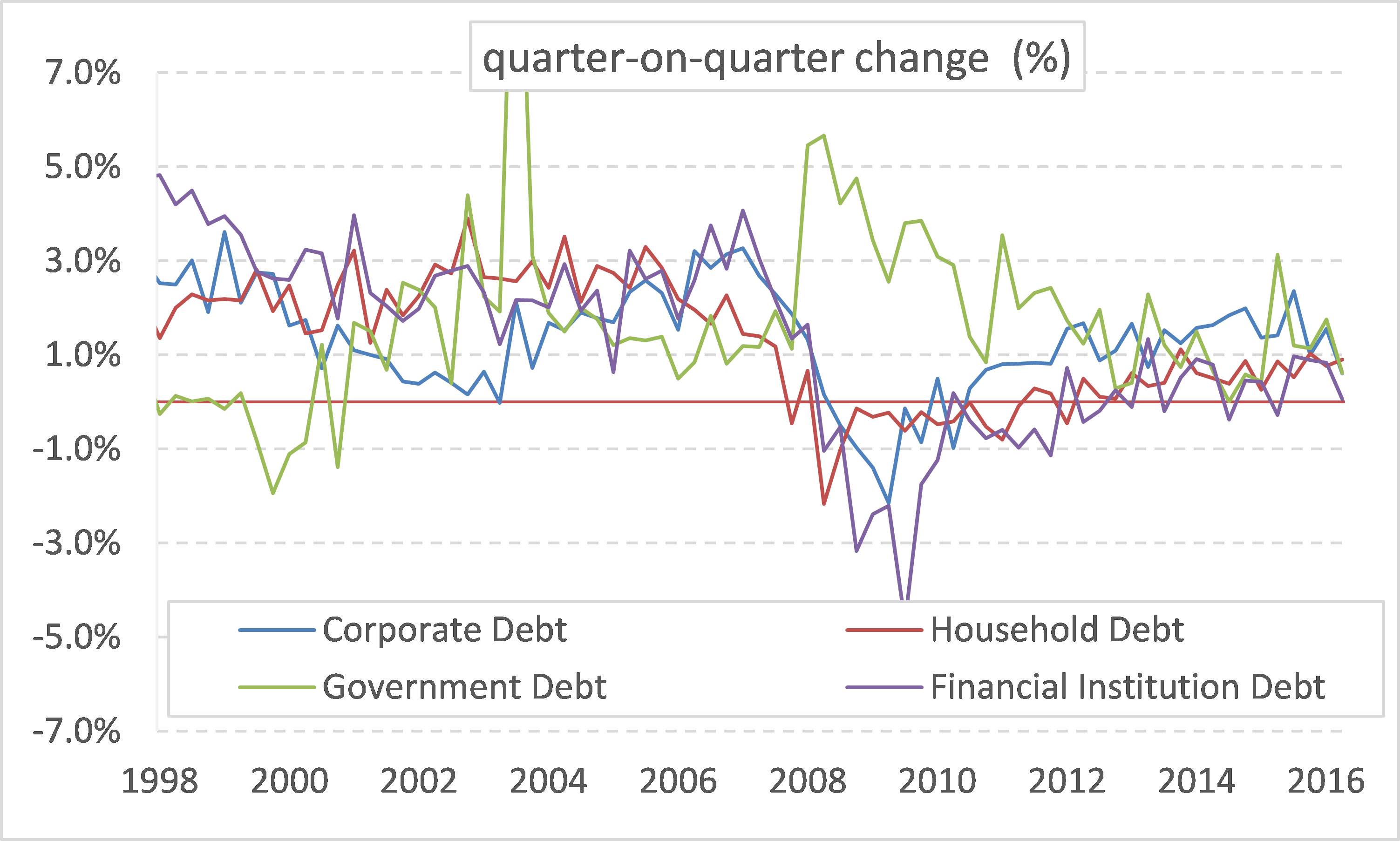 U.S, Government debt, also referred to as the National Debt grew to US$19.9 trillion as at 15 March 2017. This brings the national debt over GDP to well over 105%. The U.S government has never been this leveraged before. 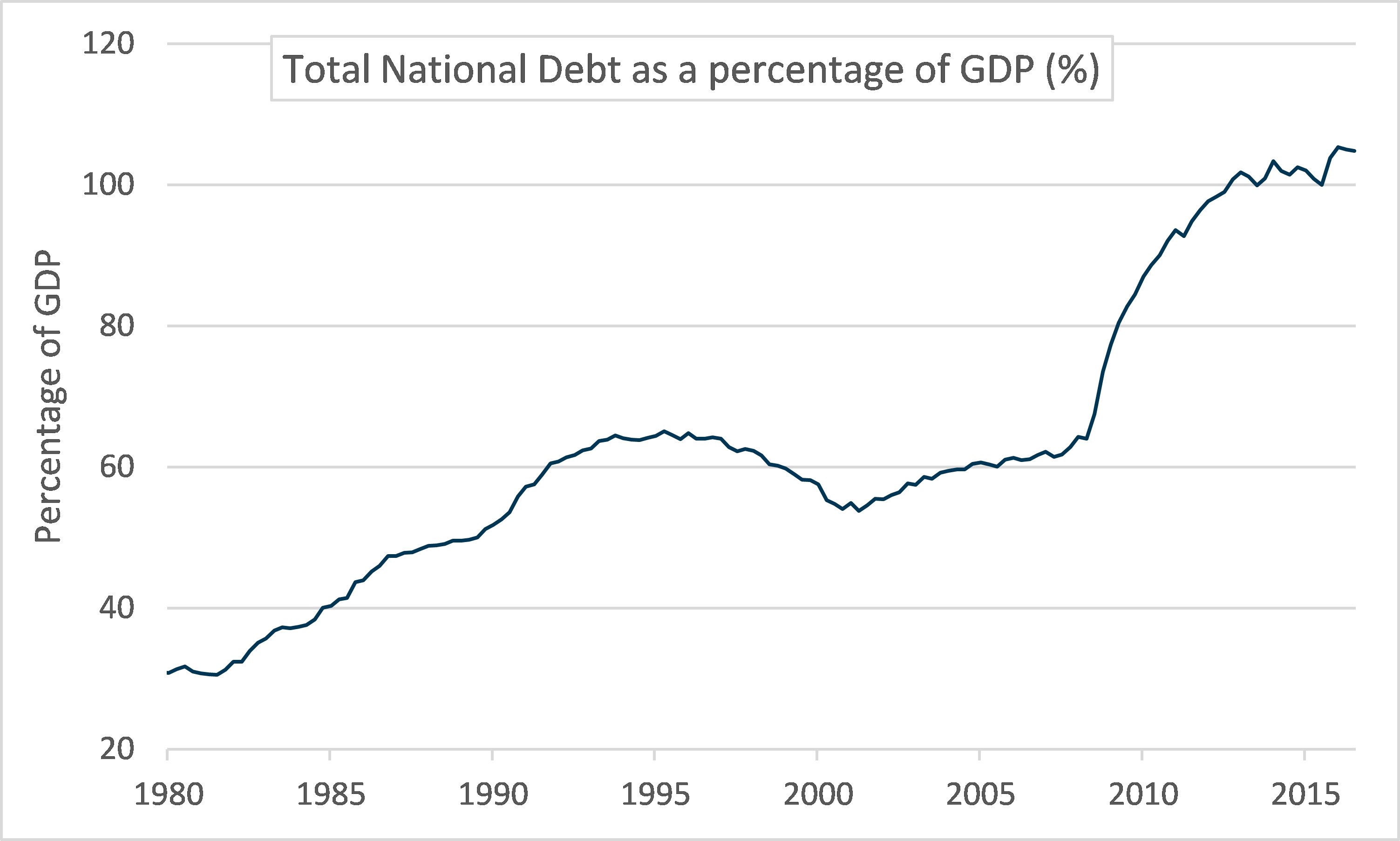 Under the eight years of Obama’s administration, the nation debt grew 69% from US$11.3 trillion. During the eight years, Obama struggled to pull-off any meaning bipartisan agreement with regards to the national debt. Without a full control of the government by Democratic Party, Obama and his administration was constantly at the losing end of any debt negotiation. His regime oversaw the downgrade of U.S. Treasuries by S&P in August 2011 and a Fiscal Impasse in January 2013.  This ultimately led to the government shutting down for 16 days between the period of 1 October to 16 October 2013.

A bipartisan agreement was final passed by congress in November 2015. The Bipartisan Budget Act of 2015 will essentially suspend the debt ceiling through till 15 March 2017. On 16 March 2017 the limit will reset to reflect the cumulative borrowing as of then. The new ceiling is estimated to be at US$ 19.85 trillion.