4 out of 5 ongoing Singapore development projects are at least 85% sold; Three new developments with a combined GDV of S$1.6b are expected to add 25 cents to RNAV

UOL sold 484 residential units in Singapore with sales value of more than S$558 million in FY16. Apart from Principal Garden (49.2% sold), the other four launched developments are more than 85% sold in the same period. We are positive that sales in Principal Garden will remain stable. In the first two months of CY17, the Group has moved another 25 units at an average selling price of S$1,644 (6.1% higher than our estimates), translating to the development being 53% sold as at 27 February 2017. UOL has another three new projects in the pipeline where one of the projects, The Clement Canopy, a 505-unit condominium project which is located in the Clementi district is slated to be launched in 1Q17. The two remaining projects are expected to be launched in FY18. The three projects are expected to have a combined gross development value of c.S$1.6 billion. Assuming a blended development margin of 15%, the three new projects are expected to add 25 cents or 3.3% to our RNAV estimates when completely sold and handed over.

We note that out of the 236.3K of total net lettable area (NLA) which is due for renewal in FY17, there are two properties, Faber House and OneKM, which have at least 60% of its leases which are expiring this year. Leases expiring in the two properties represent c.10% of NLA in the Group’s portfolio. With a nearby mixed-development, Paya Lebar Quarter, which is expected to be completed in 2018 and add 310,000 sqft of retail space, we are expecting rental reversions to continue sliding and remain in the negative territory amid the slew of retail space that is entering the market. Consequently, we have adjusted our revenue projections for the property investment segment in anticipation of potentially lower occupancy rates amid challenges in both the office and retail markets.

Although there are near-term headwinds in UOL’s operations especially from pressures in the retail and office rental market, however, we remain upbeat that the Group can continue to deliver a solid set of results in the property development space in light of its track record of solid execution. We maintain an ‘Accumulate’ rating with an upgraded TP of S$7.19 (previous: S$7.05).

Two new overseas hotels expected to be opened in 2017 and boost managed hotel rooms by 5.7%

UOL intends to launch two new hotels under the Pan Pacific brand in Beijing, China and Yangon, Myanmar in CY17. The opening of these two hotels will add 556 rooms (Pan Pacific Beijing: 220 rooms, Pan Pacific Yangon: 336 rooms) or 5.7% to the Group’s portfolio of 9,804 hotel rooms. We view that a recovering occupancy rates in hotels in Beijing amid higher demand for corporate travel could boost the occupancy rates in the new Beijing hotel. In contrast, we anticipate headwinds in the new Yangon hotel amid a declining occupancy and average daily rates of high end hotels. However, the hotel is likely to contribute positively in the longer term amid its well-located position in downtown Yangon. 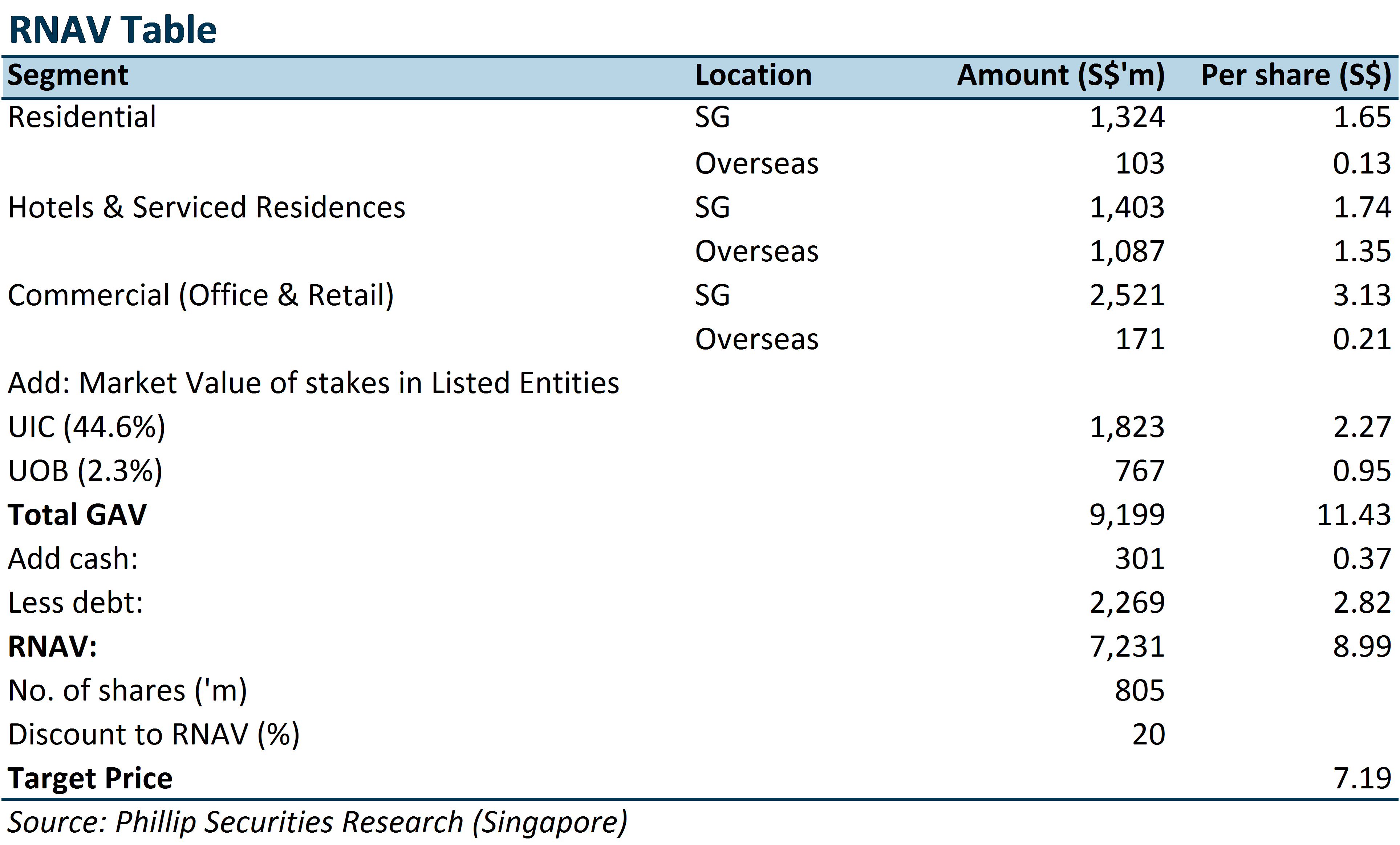