+ Bulk of retail and commercial space expiring in FY17 has been renewed and were better than expectations: More than 70% of the Group’s retail and commercial space NLA expiring in FY17 reported rental reversions in the “single digit” percentage growth. This was better than our expectations as we were expecting pressures in rental reversions amid the oversupply of office space and lacklustre retail sales in 1H17, and pressures to only begin easing in 2H17.

– Hospitality segment remained weak in Singapore and a mixed bag in Australia: RevPAR growth in Singapore was down 2% YoY (versus an industry average of 1.1%) amid ongoing weakness in the upscale hotel segment.  While management mentioned that Sydney and Melbourne hotels grew at a “high single” digit and 2% YoY respectively, RevPAR of Pan Pacific Perth (1.7% of RNAV) registered a “double digit” decline.

Maintained a rating of “Accumulate” with an upgraded TP of S$8.93, based on our FY17 RNAV estimates 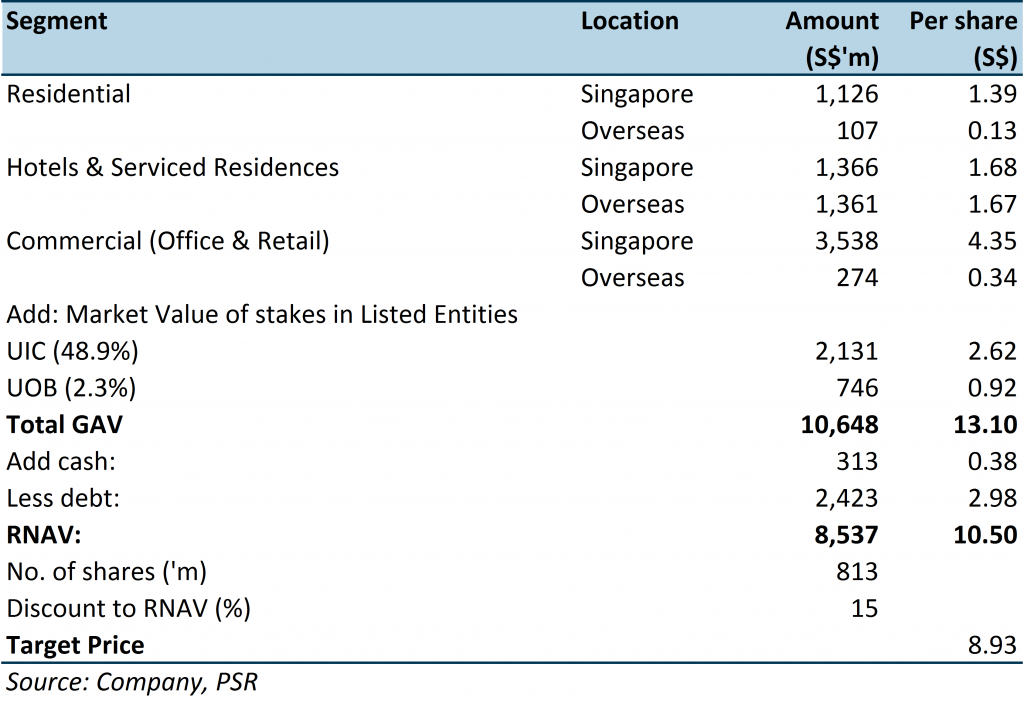