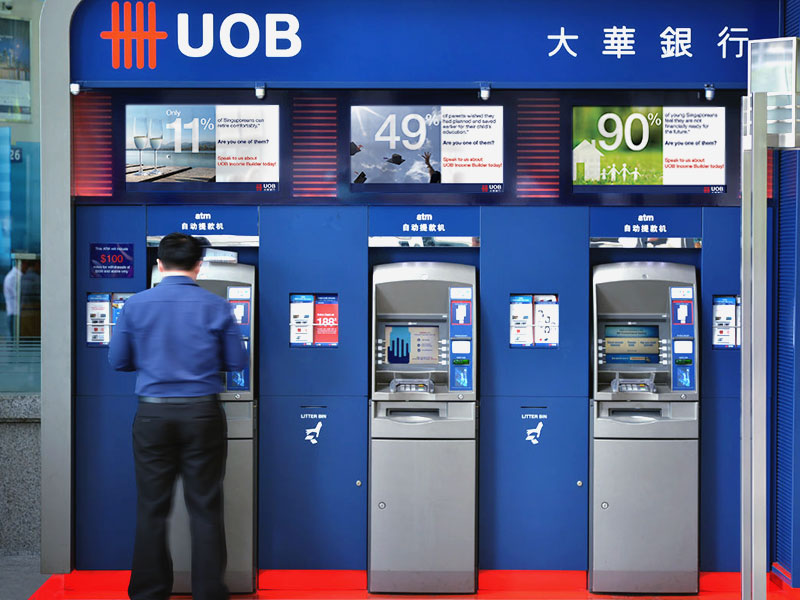 Loans growth continue to be strong. Leading the loans growth in 3Q16 are Building and Construction loans, up 15.8% year-on-year (“y-o-y”) and Housing Loans, up 9.2% y-o-y. : However, we do not expect the strong growth momentum to continue, because (i) Housing Loans growth should taper off with increasing competition; while SMEs’ (accounting for 20% of loans book) demand for loan to remain weak as economy slows down.

NPLs rose 17bps q-o-q to hit 1.61%. New NPL formation was mostly contributed by deterioration in collateral values of vessels in the Oil and Gas industry. Collateral values are referenced to market price which are pressured downwards by private equity funds lowballing offshore vessel deals. This has led to a sharp rise in 3Q16 specific allowance (“SP”) of S$217mn compared to 2Q16 SP of S$96mn and 3Q15 SP of S$15mn for Singapore incorporated companies. 3Q16 Upstream oil and gas loans exposure is S$4.0bn (1.87% of total customer loans). NPL coverage ratio declined to 112.4% in 3Q16 from 125.6% in 2Q16.

We had noticed that while Non-performing assets (“NPAs”) secured mainly by shipping vessels had increased 12.8% q-o-q to S$804mn corollary to the general weakness in the offshore industry; an even larger jump in NPAs was registered for unsecured loans, up 27.9% q-o-q to S$1.606bn. We suspect that UOB is moving ahead of the economic cycle and may likely accept higher risks from growing loans even as overall economy remains weak. In order to buffer for increased risk taking, we expect UOB to recognise higher allowance; not only for oil and gas loans but also for other industry segments that they intend to increase lending.

Non-interest Income declined 4.7% y-o-y. The overall decline was mainly due to an 84% y-o-y decline in Net gain from investment securities owing to one-off gains from sale of investment securities in 3Q15. Net trading income rose 39.4% y-o-y because of increased flows from customer trading activities such as FX related activities.

UOB’s 3Q16 NPAT of S$791mn was in line with our expectations of S$792mn. Maintain “NEUTRAL” with a lower target price of S$17.63 (previously S$17.95). Our new target price is based on unchanged 0.95x FY16F book value (excluding preference shares). The lower share price reflects dilution from scrip dividends. 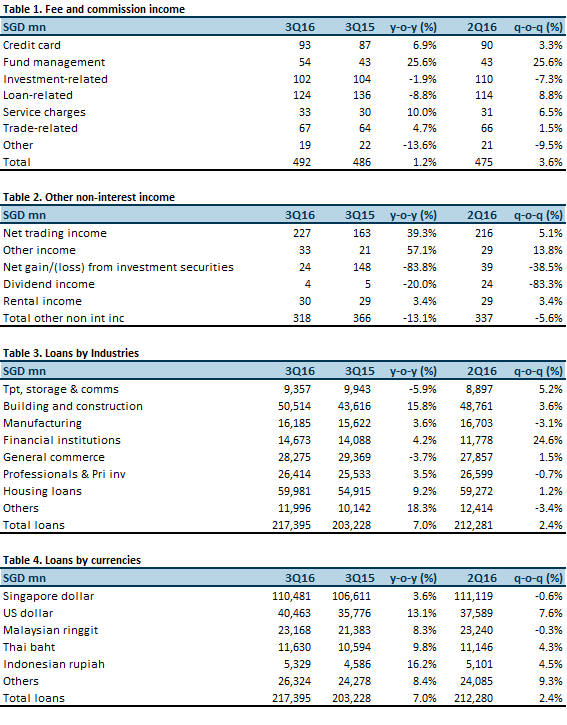