UOB continues to demonstrate control over their exposure to risky loans and management of provisions for non-performing loans. Therefore, with less surprises from provisioning expense, we expect UOB’s PATMI to be more stable than peers in 2017. However, we maintain that the outlook remains challenging as loans volume and rates dynamics continues to be unfavourable. We estimate FY17F PATMI growth of 4% on the back of a FY17F net interest income growth of 3% as compared to our previous estimate of 5%. This translates to 3% lower FY17F PATMI estimate compared to our previous FY17F estimate. Maintain “REDUCE” with a lower target price of S$18.92 (previously S$18.97). Our new target price is based on unchanged 0.95x FY17F book value (excluding preference shares). 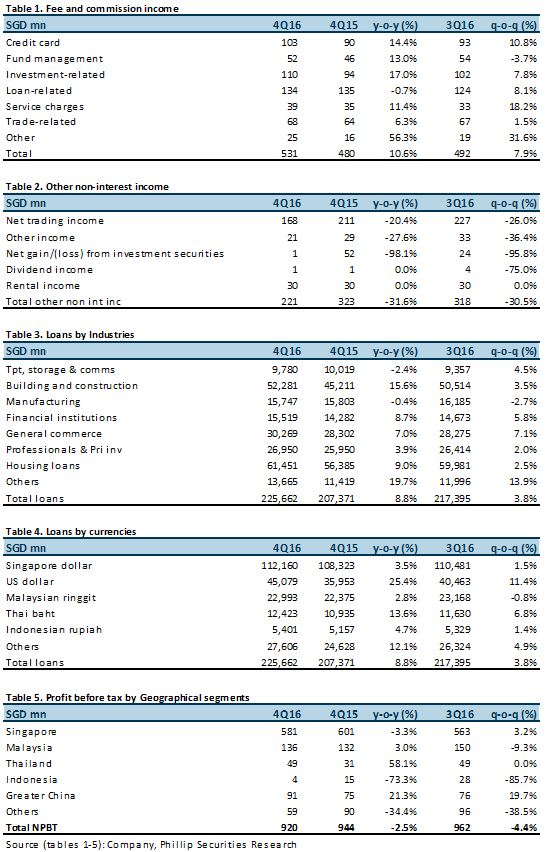