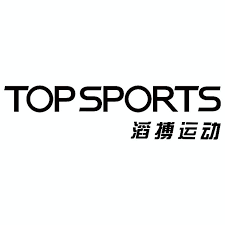 Investment Summary
The company’s revenue in1H21 was in line with expectations, and costs were properly managed
In 1H21, the company’s revenue recorded RMB 15.77 billion, a YoY decrease of 7.0%. The adjusted net profit attributable to the parent was approximately RMB 1.31 billion, comparing to the adjusted net profit of the same period last year (excluding listing expenses and amortization of intangible assets from business mergers), a decrease of about 14.6%. The company’s GPM for the 1H fell by 1.9 pct to 41. 6% compared to the same period last year, mainly due to the impact of the epidemic and extra discounts to customers. The company’s cost control during the period was adequate. During the period, the sales expense ratio /administrative expense ratio decreased by 1.2/0.5 pct to 26.7%/3.8%, and the rental expense decreased by about 1.2 pct YoY. The main reason for the decrease in administrative expenses was the listed expenses recorded in last year, about RMB 50.7 million; net profit margin dropped by 0.4 pct to 8.3%.
Strategically increase wholesale business proportion, principle brands perform better
In terms of sales channels, the company strategically increased the proportion of wholesale business during the epidemic. Revenue from wholesale business increased by 22.9% YoY to RMB 2.62 billion, accounting for 16.6% of total revenue, an increase of 4.0 pct YoY; while from retail Revenue from the business decreased by 11.5% YoY to RMB 12.997 billion, accounting for 82.4% of the total revenue, a decrease of 4.1 pct YoY. In terms of brands, the company’s revenue mainly comes from principle brands, accounting for 87.9% of total revenue. Revenue from main brands decreased by 7.0% compared with the same period last year to RMB 13.857 billion; while revenue from other brands decreased by 8.4% YoY to RMB 1.762 billion yuan.
Stores continue to be optimized, and the proportion of large stores continues to increase
Affected by the epidemic, many new stores opening plans lag behind in the 1H. In addition, there are expansion opportunities in store locations and distributors. The company focuses on its own strategy and continues to optimize stores. In terms of the number of stores, 1H21 direct-sale physical stores decreased by 239 compared with 2H20, but the gross sales area remained basically the same. In terms of the scale of directly-operated stores, the proportion of large stores above 300 square meters continued to increase, and the number of 1H21 increased by 37 month-on-month, and the proportion increased by 0.7 pct to 8.0%; the proportion of stores from 150 square meters to 300 square meters also continued to increase; Most of the closed stores were small stores below 150 square meters, which decreased by 254 from the previous month, and the proportion was also reduced to 67.1%.