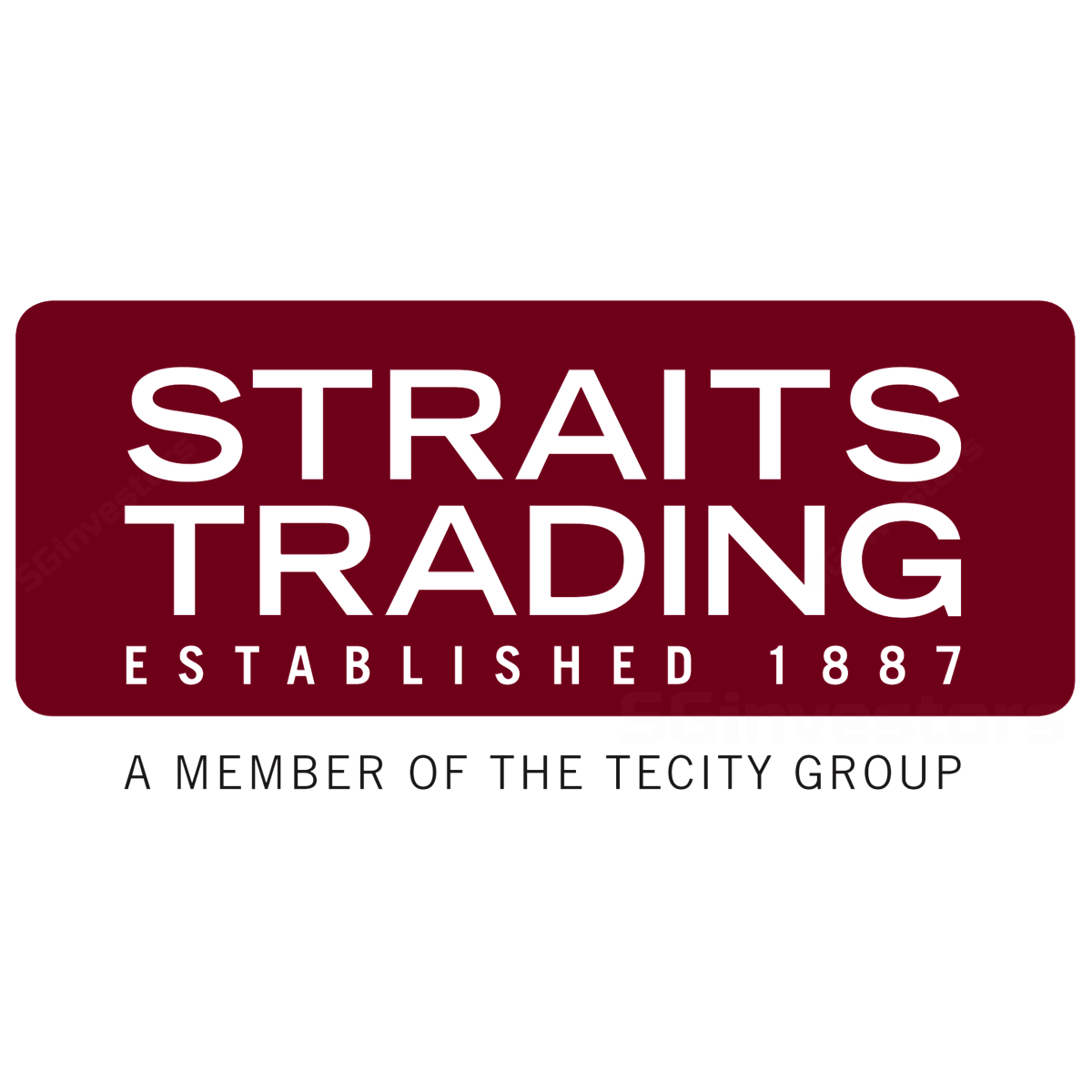 The Straits Trading Company (STC) has a history dating back to 1887 when it started out as a tin smelter. In the 1960s, it began developing and constructing multiple prestigious property projects around Singapore. 2008 was a major turning point when privately held investment group, Tecity, acquired a controlling stake in the company. This began STC’s journey of transformation from a mere passive owner of low-yielding assets into an active financial investor and developer of real estate.

STC had since successfully divested S$1bn of non-core assets, refocusing on its resource business and restructured its hospitality operations. It now has three core businesses:

The Straits Trading Company has a history dating back to 1887 when it started out a tin smelter. Straits Trading formed its property division in 1960. It developed and constructed many prestigious projects around Singapore, including the first iconic 21-storey Straits Trading Building (1972), Great Eastern Centre and China Square Central (2002), and good class bungalows at Cable Road and Nathan Road (2006). 2008 was a major turning point when privately held investment group, Tecity, acquired a controlling stake in the company. This began STC’s journey of transformation from a mere passive owner of low-yielding assets into an active financial investor and developer of real estate.

1. Straits Real Estate (89.5%): This is STC’s in-house real estate investment business. The remaining 10.5% is owned by the John Lim Family Office. The objective of SRE is to build a geographically diversified portfolio of property assets that will generate attractive recurrent earnings or returns and capital upside. It may invest directly in real estate or via real estate funds. SRE’s modus operandi is to invest in projects with value-add opportunity and manage them to drive capital upside. Operating since 2014, SRE has been building its scale and track record. Assets under management have grown at a 36% CAGR from S$358mn in 2014 to S$1.4bn in 2018 (Figure 8). 114 William Street (Melbourne) is an example of a property that SRE invested in and enhanced, eventually increasing its occupancy and WALE, repositioning it as an institutional-grade asset for sale. SRE later successfully monetised it for a profit of A$21.7, at an IRR of 25%. Another successful investment was the divestment of the Greater Tokyo Office Fund, with its four office buildings, for an IRR of 19%. The direct real estate portfolio of SRE is now spread across three key geographies – namely, Australia, Japan and China. There are also three property funds under SRE that invest in Japan, Malaysia and Australia. 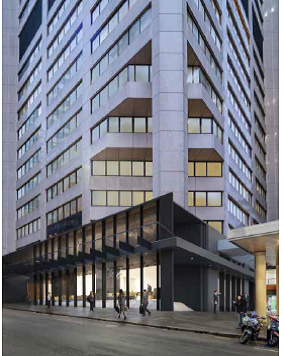 Japan Value Fund II (40.82%): the objective is to acquire assets in the Greater Tokyo area and other cities in Japan. The fund is managed by Savills Investment Management.

ARA Summit Development Fund (89%) (substantially exited in end 2018): co-invest with developers in projects in South East Asia and Australia. The fund may invest as an equity partner to share a project’s development risk and returns, or participate in a project as a mezzanine loan lender for lower risk. 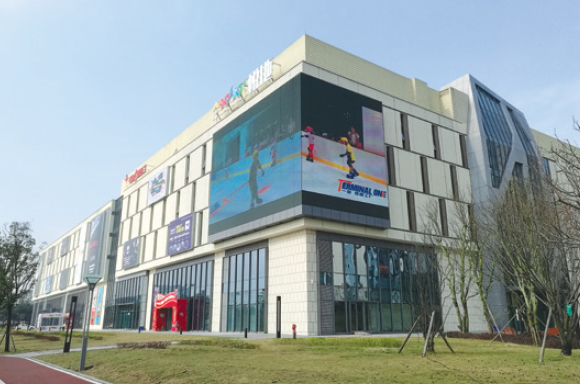 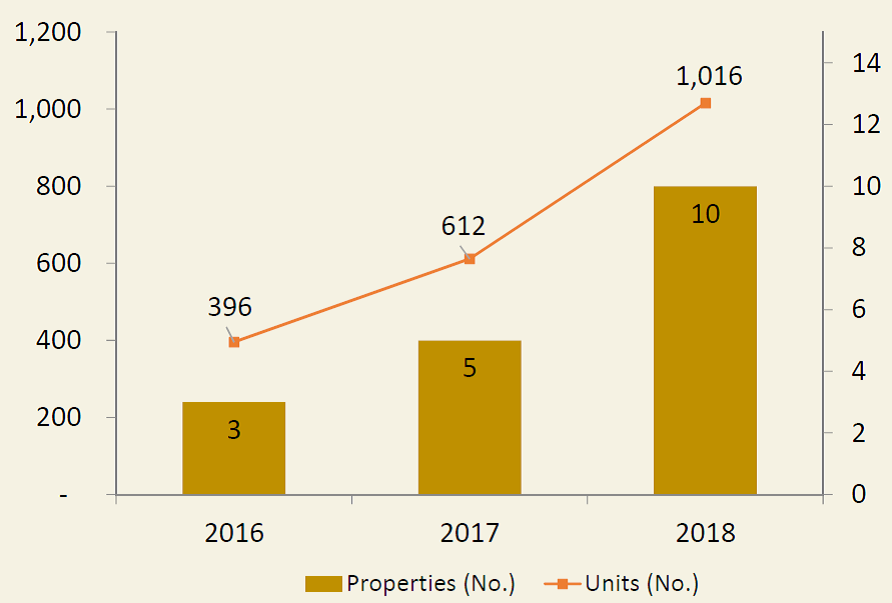 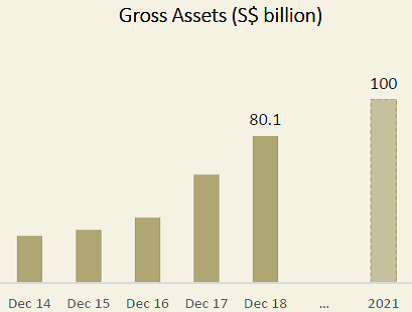 Figure 8: SRE’s target is to expand AUM by another S$1bn within 4 years

Gross assets managed by the ARA Group is currently c.S$80.1bn across over 100 cities in 23 countries. ARA plans to grow gross assets by another S$20bn in the next three years (Figure 7). ARA is focused on the management of REITs, private real estate funds, infrastructure funds and operates country desks in China, Korea, Japan, Malaysia, Australia, Europe and the United States. ARA manages 20 REITs, six of which are listed – these are Fortune REIT, Suntec REIT, Cache Logistics Trust, Prosperity REIT, Hui Xuan REIT and ARA US Hospitality Trust.

3. Suntec REIT (9.8%): STC first acquired a stake in Suntec REIT in 2014. Suntec owns seven assets, four of which are in Singapore, one in Sydney and two in Melbourne. Assets under management is S$9.9bn. STC’s stake in SGX-listed Suntec REIT is recorded as investment securities. STC recognises dividend income from this REIT.

4. Singapore and Malaysia properties available for sale (100%): A S$317mn portfolio of legacy investment properties in Singapore and Malaysia is available to be monetised and for capital to be redeployed towards. These include (i) apartments/ townhouses in Gallop Green development; (ii) good class bungalows in Cable and Nathan road; (iii) several parcels of land and shophouses in Malaysia. 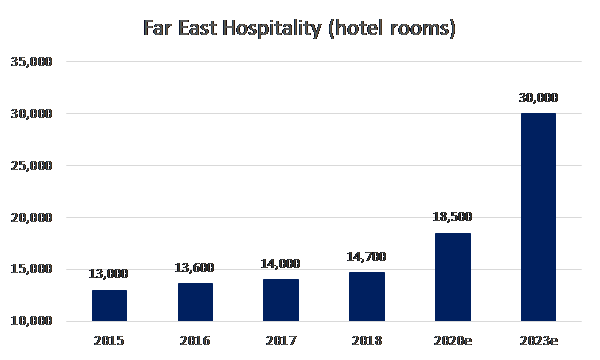 Malaysia Smelting Corporation (MSC) (54.8%): MSC is the largest tin mining company in Malaysia and the third largest globally, in terms of output (Figure 10). The company is listed on both Bursa Malaysia and SGX.

MSC’s end-product is refined tin bars. It has a tin mine in Perak – Rahman Hydraulic – with an annual production of around 2,300MT per annum. It is considered the largest operating open-pit hard rock tin mine in Malaysia (Figure 14). Tin ore extracted from this mine is processed into tin-in-concentrates which are then converted into refined tin metal products at the smelter in Butterworth, Penang. The mine meets 10% of MSC requirements, with the remaining raw materials sourced locally or overseas. 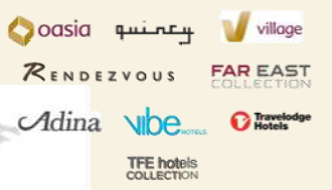 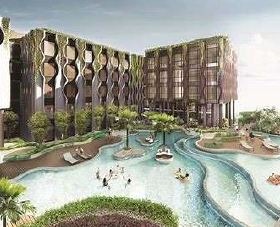 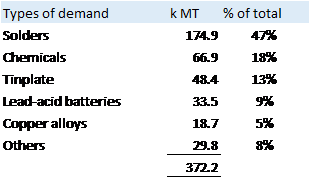 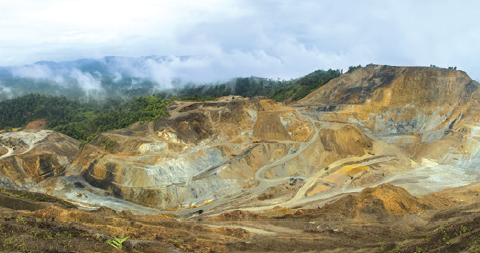 Figure 15: Tin would be the most positively impacted metal by new technologies 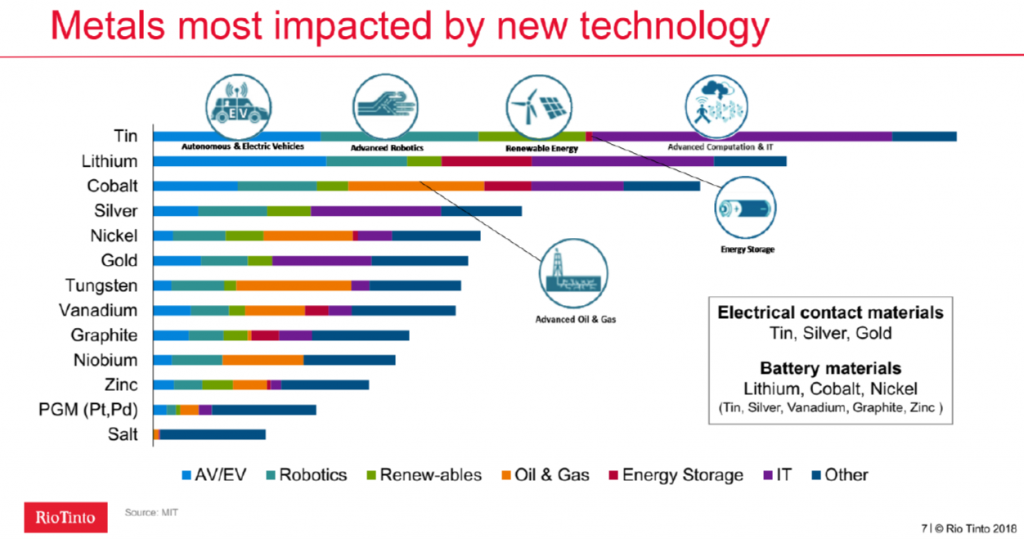 MSC will be relocating from its current plant in Butterworth (operational since 1902) to a new smelter in Pulau Indah, Port Klang. The new facility will be using a more efficient smelting process – Top Submerged Lance furnace. The new plant will boost maximum production capacity by 50% or up to 60,000 tonnes p.a.

In view of the relocation, MSC and STC signed a Memorandum of Understanding (MOU) to jointly redevelop a 40.1 acre land site comprising the current factory land (13.9 acres) and adjacent land (26.2 acres) into a integrated waterfront development. The site is freehold and is near the new Penang Sentral, which will be the new transport hub of Penang (Figure 16). 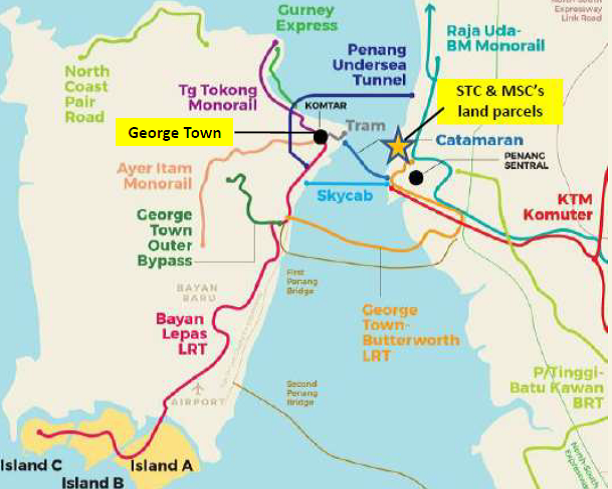 Figure 19: FY18 recurrent income of around S$25mn from the real estate 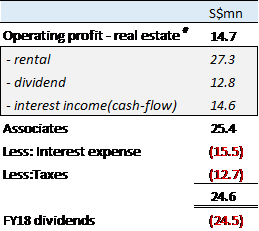 #Excludes income from resources business where net profit was S$6.7mn.

*Based on data provided in 22Mar19 Circular on Capitaland acquisition of Ascendas and Singbridge. Some of the equity to AUM valuations used were Blackstone 4.8% and Cohen and Steers 3.2%. Incidentally, ARA was privatised at 5% equity to AUM or PE of 17.9x.

STC has multiple sources of revenue and income. 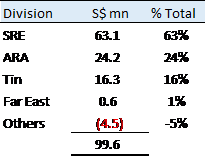 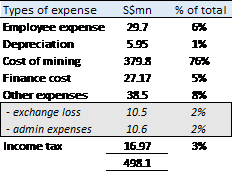 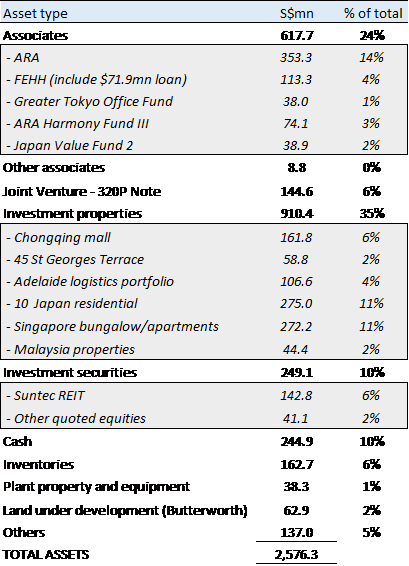 Liabilities: STC’s gross debt is around S$864.5mn. Bulk of the debt is secured bank loans. The interest rates are 0.5% to 5.2% for floating rate debt and 3.7% for fixed rate notes.

Figure 23: Bulk of the liabilities are secured bank loans (as at FY18) Can I check for the 30% stake of FEHH, is the equity value around 30% of the market cap of FEHT? If not is it likely to be a larger or smaller value and based on your estimate, what is the likely dollar value per share from Straits Trading perspective?