September was yet another month bogged down with the never-ending Korea war scare as the US and North Korea exchanged heated words. Ri Yong Ho, foreign minister of North Korea, stated that President Trump had declared war on North Korea and Pyongyang reserved the right to take countermeasures such as shooting down US bombers even if they are not in its airspace. This came after the US B1-1B bombers escorted by fighters flew east of North Korea in the aftermath of more sanctions imposed on them.

On the daily timeframe, more signs of weakness appeared after the 20-day moving average crossed below the 60-day moving average on 7 September while the 3195 critical support area held up once again proving its significance. However, there was a bullish break above the immediate downtrend line and 20/60 day moving average on 2 October, but the follow through was underwhelming. We might see a range bound action between the 3274 range high and 3195 range low moving forward. Watch the range extremes closely as the breakout will dictate the next course of action.

Keep in mind the weekly RSI is still in the midst of mean reversion off a recent overbought peak of 72 in July. Moreover, the average correction that follows after the overbought RSI mean reversion tends to drag the STI down by -7.7% suggests a bearish bias here.

Only one trade was closed out with a profit in September. We decided to close out Mandarin Oriental USD on 19 September with 28.92% gain due to the ongoing bearish price action.

SPH, Jumbo and Singapore O&G were added into the “Phillip 20 Portfolio” in September with more of a bottom picking approach for these entries.

After a major reshuffling of the portfolio, there are currently 18 stocks within the “Phillip 20 Portfolio.” The following is the revised watch list that we are closely monitoring: 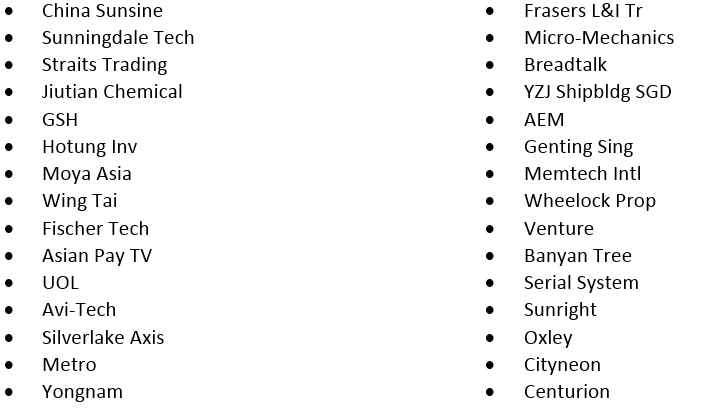 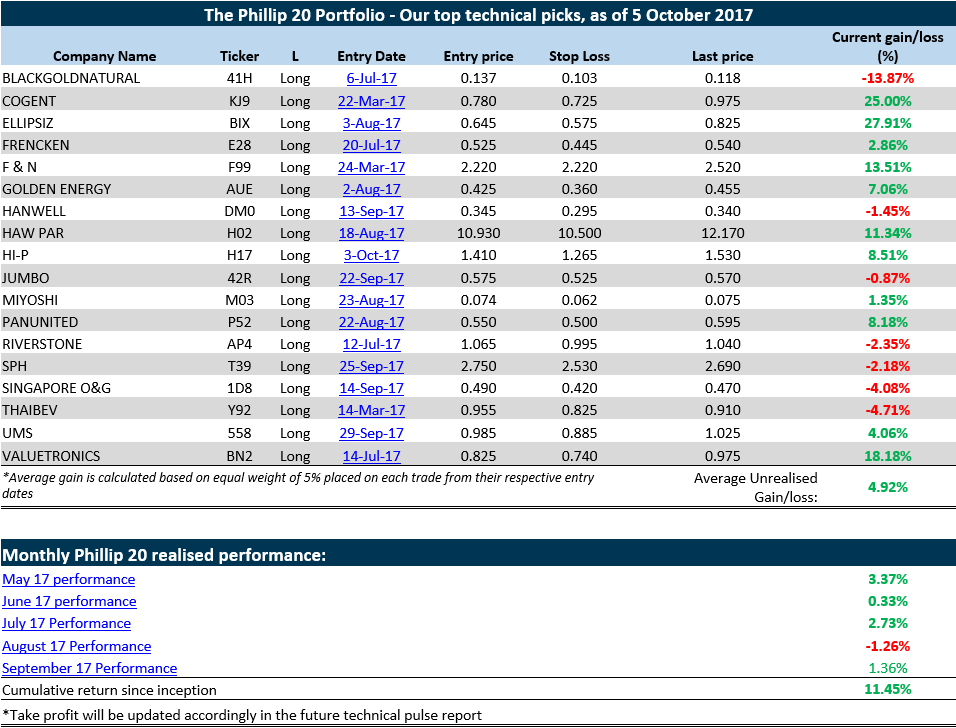