October came and went with a bang as the Straits Times Index regained all the loses from the prior two months. STI advanced 4.79% in October, and the monthly close above the July high of 3354 is a bullish sign.

Moreover, with October closing above the 3354 July high, the STI has successfully established another new 52-week high. Thus confirming the progress of the uptrend since February 2016 with the formation of the series of higher highs and higher lows.

With the ongoing bullish momentum, expect the STI to head higher next to test the 3457 resistance area followed by 3549.

Three new trades entered into the portfolio, namely, Hi-P, OUE and Chasen in October while Golden Agri-Res is still pending to be triggered at 0.400.

However, in the same month, we have also decided to take profit on Hi-P due to the bearish price action on 17 October. Hi-P yielded the portfolio an equal-weighted return of 0.89%.

The portfolio suffered no realised losses in October.

After a major reshuffling of the portfolio, there are currently 19 stocks within the “Phillip 20 Portfolio.” The following is the revised watch list that we are closely monitoring: 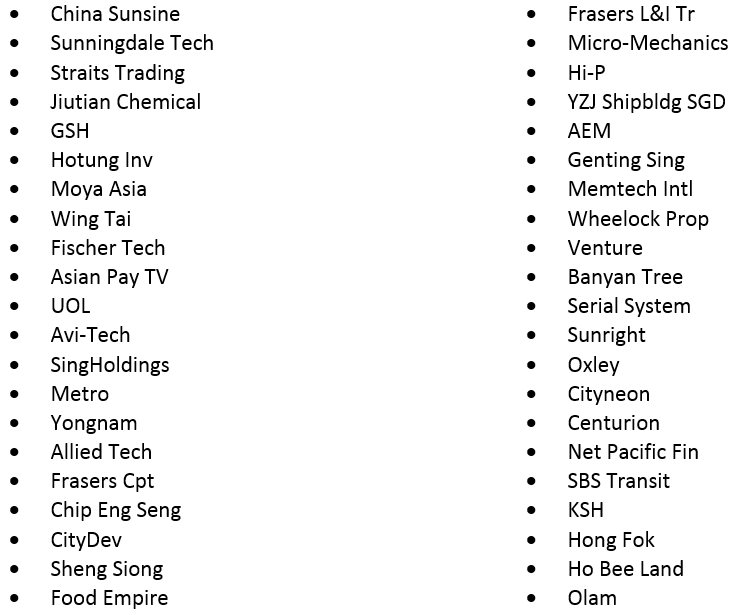