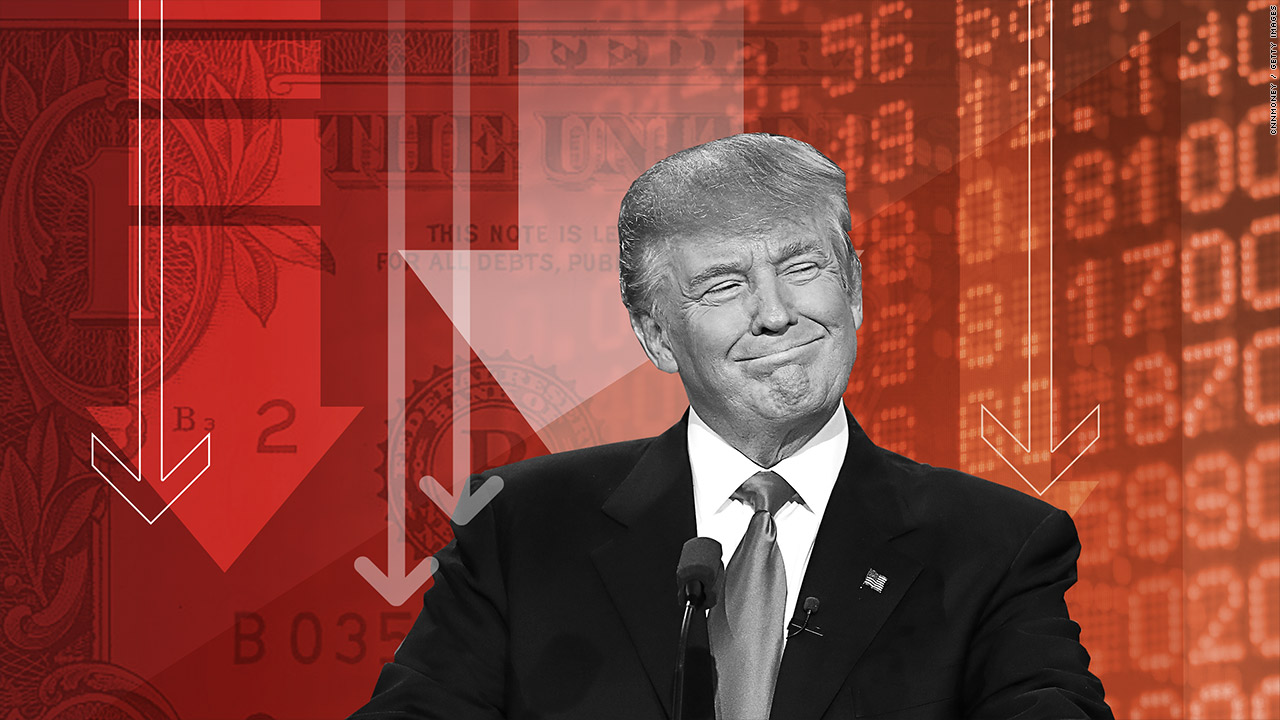 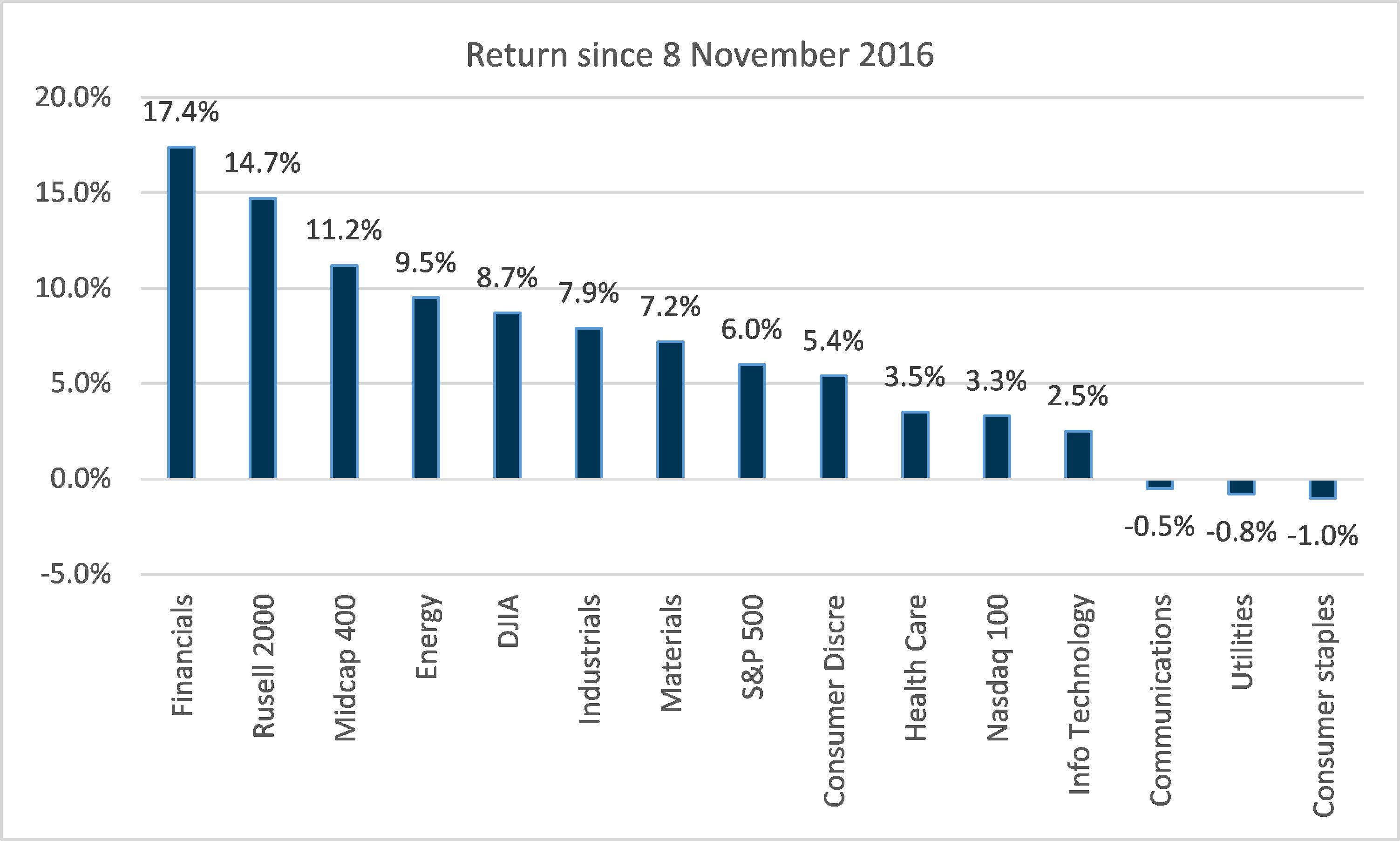 The biggest winner of the Trump rally is the financial sector followed by energy sector but we believe that the Trump rally has entered into an euphoric state and the election cycle suggests the Trump rally might fizzle out soon and enter into a correction phase. The market is clearly shifting into a risk on mode but it would be better to stay on the side lines rather than chase the market as valuations have hit the extreme levels last seen during crisis periods. S&P 500 Forward PE is at 18.8, surpassing the peak during subprime crisis.

Change of President with more than 1 term cycle

This study was done on the S&P 500 Index to observe the price action around the US president inauguration day and it dates back to 1933. A clear pattern emerged as the US election cycle shows the US equity market tends to top out and correct somewhere near the US presidential inauguration day and the pattern is more pronounced when we get a change in regime of presidents that have stayed in power over the white house for more than one term.

In total, there were eight different occasions where the respective US presidents held office for more than one term and all eight occasions produced interesting price action around the inauguration day of the following president.

If the S&P 500 index manages to hold on to the December 2016 top as the all-time high, expect a significant correction to take place in the range of 50% based on the election cycle. That scenario resembles the 1969 presidential cycle where the top was formed two months before the inauguration day of the 37th president of the United States, Richard Nixon in January 1969 where the S&P 500 Index tanked 36% subsequently(chart 2b).

On the other hand, if the S&P 500 index continues to break new record highs after 20 January, 2017, the Trump rally could get extended for another 12 months before the all-time high appears. 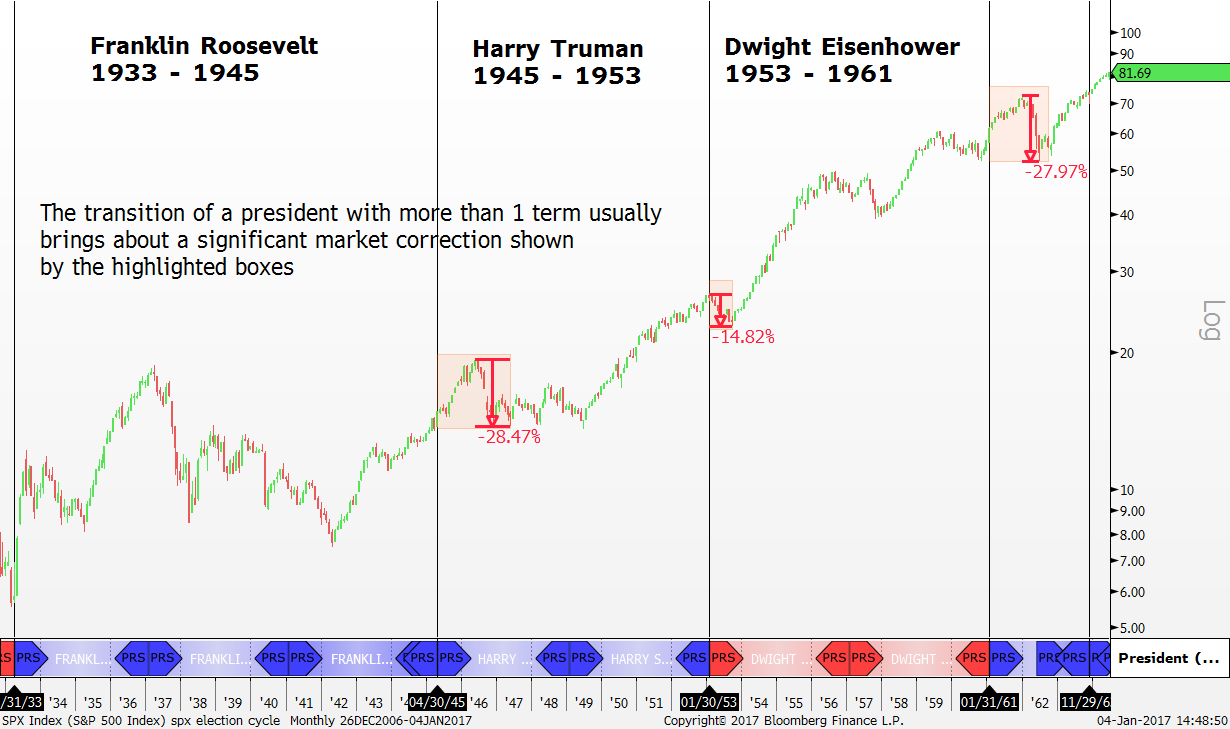 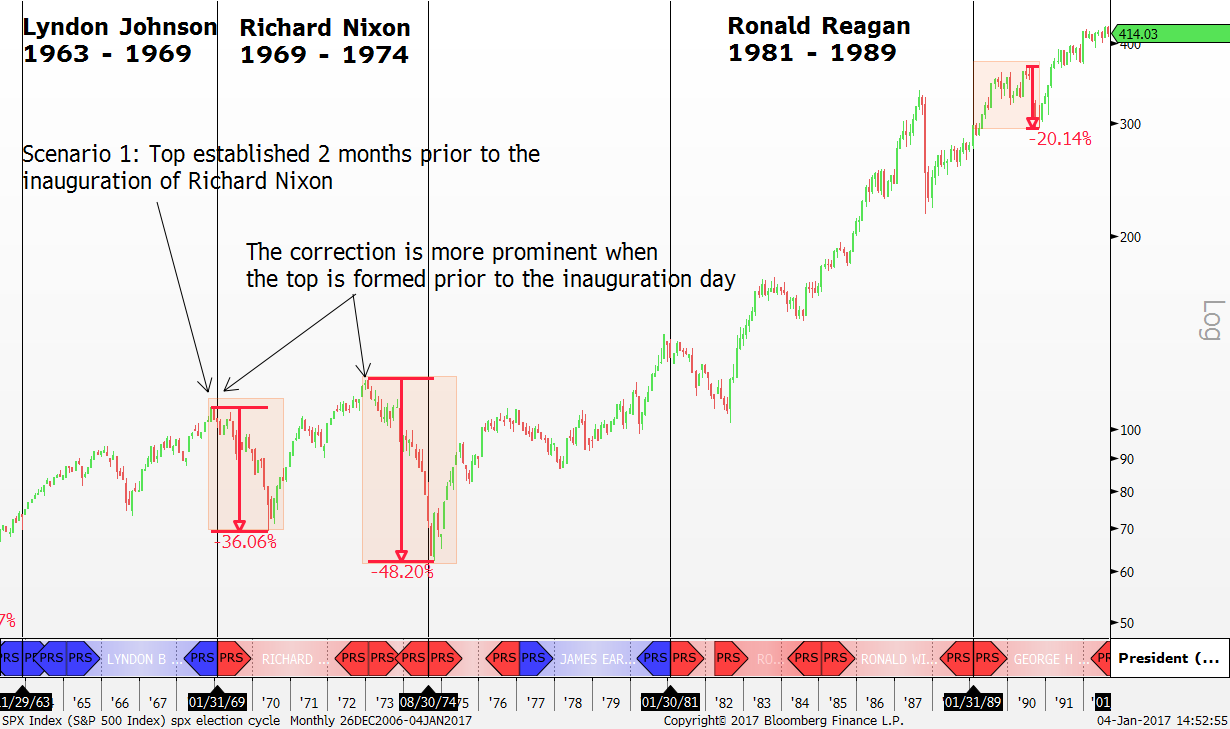 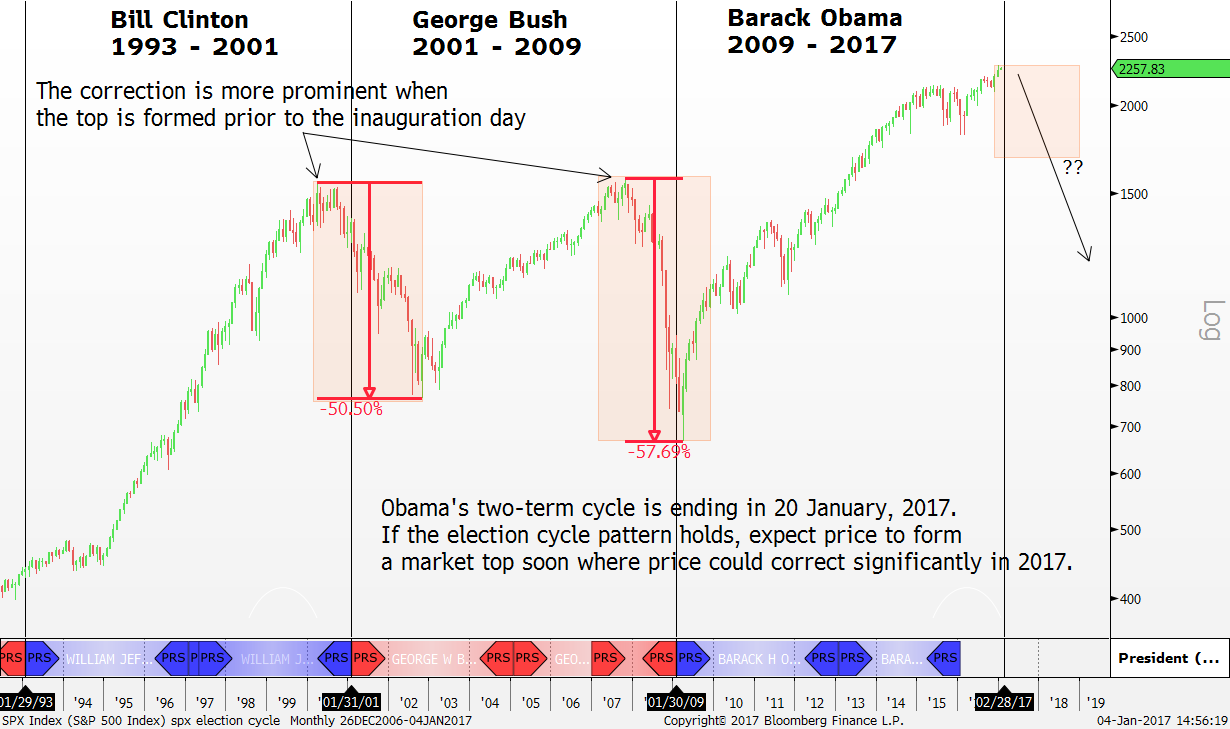