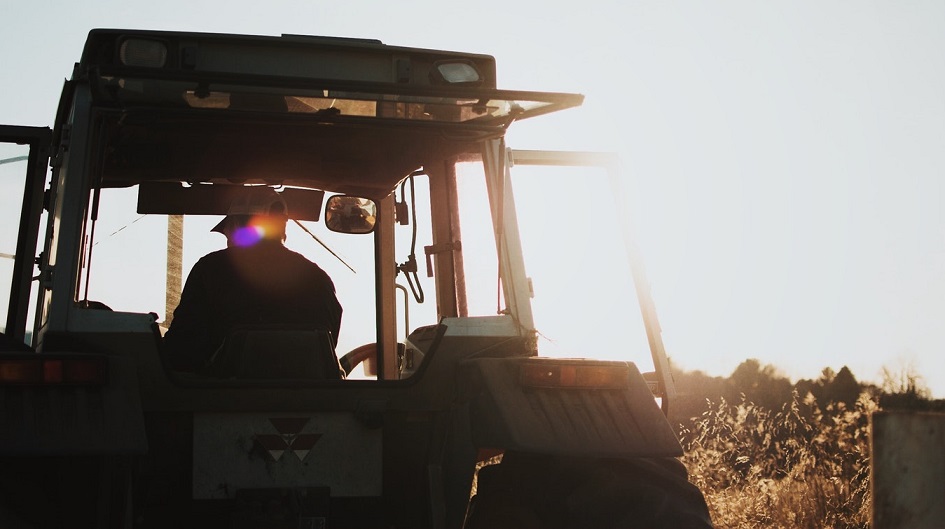 Extended periods of uptrend will bring about a bear a market while extended periods of downtrend will bring about a bull market as the demand and supply clears. With higher prices, more supply will come into the market thus causing the secular bear market to begin. On the other hand, the prolonged bear market will suppress price low enough to curb supply where demand outstrips supply, thus igniting the secular bull market.

iPath Bloomberg Grains Total Return Sub-Index ETN is an exchange-trades note issued in the USA. The note will provide investors with a cash payment at the scheduled maturity or early redemption based on the performance of the underlying index, the Bloomberg Agriculture Total Return Index.
It tracks an index of grain futures contracts selected according to liquidity and diversity requirements.
The top holdings in JJG are Corn Futures (21%), Soybean Future (20%), Wheat Future (11%), Soybean Meal (11%), Sugar (9%), Soybean oil (8%), Coffee (7%), Cotton (4%) and KC HRW Wheat Future (4%).

*vertical line demarctes the point where the cyclical bottom forms

Hence, using the December 2008 cyclical low as the base for calculating the start of the next cyclical bottom brings us to an interesting juncture currently. If we were to assume the January 2018 low of 95.19 as the cyclical low, it fits in nicely into the cycle where it took the market exactly 8 years to form this current cyclical bottom.  In addition, the bear market since July 2012 has also taken the price down -51% from the 195.99 peak, similar to the price action in the prior two cycles.

In addition, the February recovery of +5% has shown some sign of bottoming too from a price action perspective, as it broke above the eight months range high of 100.94.

Nonetheless, even if the January 2018 low does not turn out to be the cyclical bottom, we believe the Bloomberg Agriculture Subindex has limited downside. We believe the lowest it can fall to is the record low of 87.24 in October 2001, representing -14% downside. That is where massive shortages will appear in the market as supply dries up. Moreover, from a cyclical perspective, a secular bull market is overdue as we are currently in the 9th year of the cycle. Therefore, the bias or sentiment ahead is pointing toward the upside where a raging bull market should take control.

Notice how each secular bull market lifts the Bloomberg Agriculture Subindex by more than +100% into the 192 extreme expensive range first before the secular bear market regains control. Hence, for this next secular uptrend, we do expect a similar replay where the Bloomberg Agriculture Subindex should rally explosively for the following 3 – 5 years to retest the 192 extreme expensive range, representing more than +100% upside from the cyclical bottom.

On the fundamental side of things, several long-term factors might contribute to the appreciation of prices of the crops that make up the Bloomberg Agriculture Subindex. There are three main uses for agriculture commodities, food, feed and fuel. Increases in global population has led to increasing demands for food as well as feed for livestock. The UN estimates that by 2030, the world will add another billion people and that by 2050, we will have an estimated 9 billion world population.

As emerging markets grow, the increased affluence in those historically poorer countries also has led to increased demand for meat and dairy products. Between 2000 to 2009, China’s GDP averaged about 12% p.a., in that time, their urban population grew from about 450mn to over 600mn (36% to 45% of total population) and their per capita consumption of pork grew from 31.2kg to 36.4kg (up 16.7%). Agriculture commodities are required as feed for this livestock, however, the conversion of calories is not equivalent.

More grain is required per kcal of energy provided by meat from livestock as compared to the kcal provided by eating the grain directly. As such, as demand for higher value food increases, there will be an even greater increase in demand for grain as feed.

Additionally, biofuel policies by governments across the globe has also led to increased demand for agricultural produce as fuel. Prior to 2003, drivers of demand for agricultural commodities were mostly attributable to demand for food and feed. However, since 2003, agriculture has become a substitute for energy source in the form of biofuel. Biofuels generally come in two forms, ethanol and biodiesel, which is produced by corn, wheat and sugar for the former and canola oil and soybean oil for the latter. As governments around the world try to combat the use of fossil fuels and search for more renewable forms of energy, demand for biofuels are likely to increase as well. The UN estimates that by 2025, 10.4% of global coarse grains and 12% of vegetable oil production will be consumed by biofuel production. Global biodiesel production is expected to reach 41.4bn litres by 2025, a 33% increase from 2015 levels.

Despite the expected increase in demand for agricultural commodities, global supply for these products may be faced with several headwinds that may impede the ability of farmers to match that demand.

Reduction in Arable land: In 2017, the UN reported that about a third of Earth’s arable land has become severely degraded and that fertile soil is being lost at the rate of 24bn tonnes a year. The factors contributing to the degradation of arable land consist of over farming, as well as climate change and increasing urbanisation.

Global crop yield is stagnating: Crop yield per hectare of land has stagnated since 2007. Crop yield is dependent on several factors: weather, water and use of genetically modified crops (GMO). Climate change has had an unpredictable impact on crop yields, however, of late this effect has often been negative. Additionally, water scarcity has become a major issue for agricultural production. The UN estimates that by 2050, agricultural water usage will need to double in order supply the food needs of the world’s population.

In the shorter term, there are several factors that might cause a turnaround in prices of agricultural produce.

Stabilizing and increasing Oil prices: In 2008, demand for oil pushed crude oil prices to new highs of USD140 per barrel. This caused biofuels to become more competitive sources of fuel. Though oil prices are currently much lower compared to 2008, the recent stabilisation and recovery in oil prices may once again lead to increase demand for biofuels as a substitute fuel source.

In summary, from a cyclical point of view, we believe the Bloomberg Agriculture Subindex Total Return is ripe for a major turnaround soon where a raging bull market should take over as we are in the 9th year of the cycle with price hovering near the 95 – 87 inexpensive range. Furthermore, the supply and demand fundamentals are also supportive of the secular bull market in the Bloomberg Agriculture Subindex Total Return from the increase in demand for food, feed and bio-fuel as well as the reduction in arable land which will lead to a drop in supply in the long-run.