We attended Singtel’s Investors Day 2019. Management gave updates on the various business segments and we had the opportunity to engage with Singtel’s regional associates. Singtel also showcased new capabilities through a demonstration tour. These capabilities ranged from payment solutions (Dash is now regional made possible by VIA), Internet of Things (IOT), prepaid Electronic Know Your Customer (eKYC) and Singapore’s first 24/7 unmanned pop-up store (UNBOXED).

Our target price is based on FY20e 7X EV/EBITDA of Singtel’s Singapore and Australia businesses and the valuation of its listed associates. There are no changes in our estimates. Singtel remains our top pick in the telecommunication sector. We like it because of improving its regional associates (up ~12% YTD) and its stable dividend yield of 5.3%.

The industry has consolidated to 3 equal sized operators, namely Vodafone Idea (VI), Jio and Airtel. The irrational competition from Jio resulted in a collapse in ARPU which caused a US$30bn industry to shrink to US$23bn. For US$2/mth, users could enjoy unlimited calls and larger data plans. While the higher value consumers were comfortable with the pricing, low value consumers did not move up the price range. VI suffered loss in market share due to network integration after the merger, however is still ranked number one with estimated market share of 35%.

According to Airtel, there is approximately 1bn SIMs in India of which 80% accounts for most of industry revenue. Hence, Airtel is going after quality customers and intends to focus on the post-paid segment as they are anticipating growth and is seeking the sticky nature of post-paid subscribers. Airtel plans to attract quality customers through a program called Airtel Thanks which consist of a host of services, digital programs, content, partnerships, financial services and life insurance through a digitally integrated platform. The program seeks to reward loyal and high revenue generating subscribers and promote stickiness. The launch of Airtel Thanks alongside with the minimum recharge plans has led ARPU to improve 18% QoQ. Airtel expects ARPU to revert back to few years ago at approximately Rs200.

Airtel emphasised that quality of network is important and will not be chasing the number of sites for towers. At present, Airtel owns 180,000 towers which are 4G enabled. Jio boasts 230,000 towers but suffers lower rate of utilisation. Jio gained huge base of customers because of the one-year free trial though mostly made up of price sensitive consumers. Post rights issue Airtel’s net debt/EBITDA decreased to 3.16x from 4.12x, industry average industry net debt/EBITDA is at 2x.

TSEL believes the dynamics in Indonesia is improving. They expect smaller operators such as Smartfren to cause noise but will not affect the overall recovery of the wireless market.  Smartfren had made headway in selling new SIM cards and have invested in their network. The decline in legacy revenues (SMS, voice) is less impactful as the proportion of legacy contribution decreases. Legacy was 35% of total revenues (competitors < 20%). Recently regulators have changed the limit to 5 SIM cards per operator instead of 3, the hassle to de-register and register has stabilised churn rates. TSEL was able to increase prices 10% – 15% pre-Lebaran but warns that it is an establish market practice to do so and price should subsequently revert back. There are around 2mn customers a month migrating from 3G to 4G. This can help improve ARPU.

Globe says that regulation remains a hurdle as more authority is given to local government. This has led to delays with regards to expansion of base stations. We think this will be a major barrier to any new entrant. The new operator Mislatel have yet to pay a 25.7 billion peso bond for its license. Mislatel have delayed commercial launch to 2021.

The 5G network will be launched soon. Philippines will be the first to launch in South East Asia. The scale of 5G mobile roll-out will be dependent on the price of modems and mobile handset. Huawei previously promised US$300/handset. Broadband modem is in US$700 range expected to decline to US$40 as it achieves scale. Data as % of service revenue increased from 58% to 69% YoY, Globe expects this trend to continue. Globe does not expect increased competition from Philippine Long Distance Telephone (PLDT) as the competition is growing as well. PLDT was aggressive when it launched a free Youtube offer in May last year. However, there was little opportunity to monetise this plan and have since recalibrated its strategy. Overall consumer spend in Philippines is rising and with such growth, PLDT will not try to disrupt it.

We believe the worse is over for AIS. We are observing lowly priced unlimited data plans being phased out. The intense competition on handset subsidies and unlimited data packages has led to a zero-sum game, competition have since rationalised. Core service revenue is expected to grow mid-single digit. The mobile segment maintained strong post-paid growth of 354,000 QoQ underpinned by demand for 4G and handset campaigns. There is still tactical competition in the pre-paid segment due to aggressive data plans by True and DTAC. AIS is willing buy 700MHz spectrum at the appropriate price. It can be used for 5G rollout and Thailand limited roadmap on spectrum.

The enterprise segment is seeing an increased shift in revenue towards Information and communications technology (ICT) services. The proportion of ICT revenue in FY19 grew from 46% to 48% of total enterprise revenue. Consequentially enterprise EBITDA margin declined due to the lower margin nature of ICT business compared to the core carriage business. The ICT segment is generally exposed to Singapore with cyber security (22% APAC), Cloud (60% SG), enterprise digital services & IOT (100% SG) and business solutions (80%). Management shared that contracts are taking longer to materialise due to geopolitical uncertainties. Managed services declined 12% YoY (Figure 5) due to repricing of contracts up for renewal and a shift in demand to cloud based services. Contract duration is typically 5 to 7 years.

The nationalised National Broadband Network (NBN) in Australia has created a level playing field with incumbent Telstra where without the NBN Optus would not have certain strategic partnership (e.g. Coles). On group digital life, management guided for losses to narrow and for higher EBITDA contribution in FY20e. Amobee plans to derive majority of revenues from its scalable programmatic business, drive double-digit top line CAGR over the next three years and leverage on access to data to provide best marketing outcome for its clients. Singtel plans to monetise Amobee within the next three years either through an IPO or private investors.

Management reemphasised that 5G remains an enterprise use case, this is due to the high fibre broadband penetration rate in Singapore. Fortunately, the 5G spectrum auction is labelled as a beauty contest. Billing mechanism whether cost plus or retail minus is yet to be determined. The decision to launch GOMO was to target millennials which is an underrepresented segment in Singtel’s subscriber base, management says there is minimal internal cannibalisation. The digitally self-serving platform allows cost savings which translate into low prices offered to consumers. On the 4th operator, the window of opportunity has substantially narrowed. When the license was issued in 2016 there was a huge unaddressed opportunity in the SIM-only segment. MNOs and MVNOs have now closed the gap through recent revisions of their offerings that are specifically targeting the SIM-Only segment. We also expect TPG to channel more resources in their core market in Australia given that the Australian Competition and Consumer Commission (ACCC) opposed the merger between TPG and VHA (Vodafone Hutchinson Australia).

Optus is recognised as a premium network in Australia and is able to attract high value customers. Optus added 379,000 post-paid subscribers in FY19 owing to a line-up of exclusive content which includes sports (Figure 6) and National Geographic.  These contents are bundled with mobile plans. Management estimated that 20% of customers shift to Optus for its sports content. The outcome of the merger between TPG and VHA has minimal impact on Optus as the price sensitive space is being contested by Amaysim (Optus’s MVNO partner). Optus is also planning to change its operating model as the company shift from manual to digital to simplify products. There are plans to deploy 1,200 base stations by March 2020 for the roll out of its 5G network. Optus’s strategy on 5G is on Fixed Wireless Access (FWA) given the low broadband penetration in Australia. We expect modem costs for 5G to decrease significantly as volume picks up. Optus raised prices in April and there was little reaction from competitors. 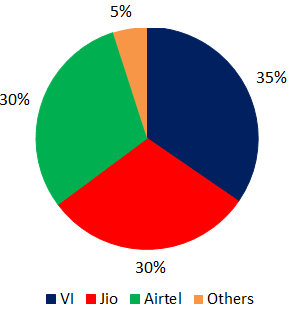 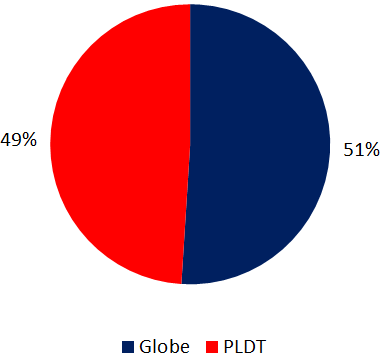 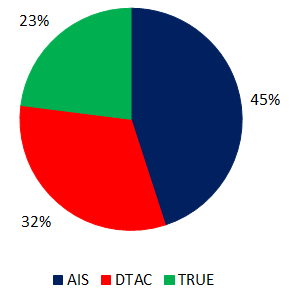 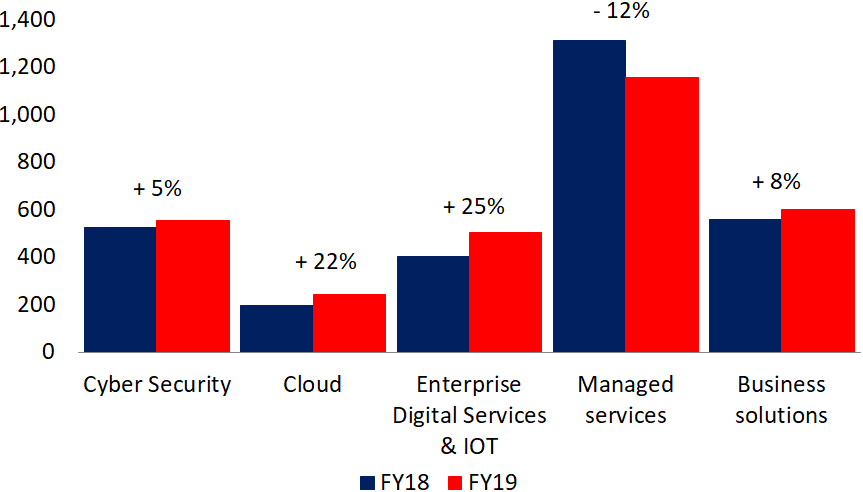