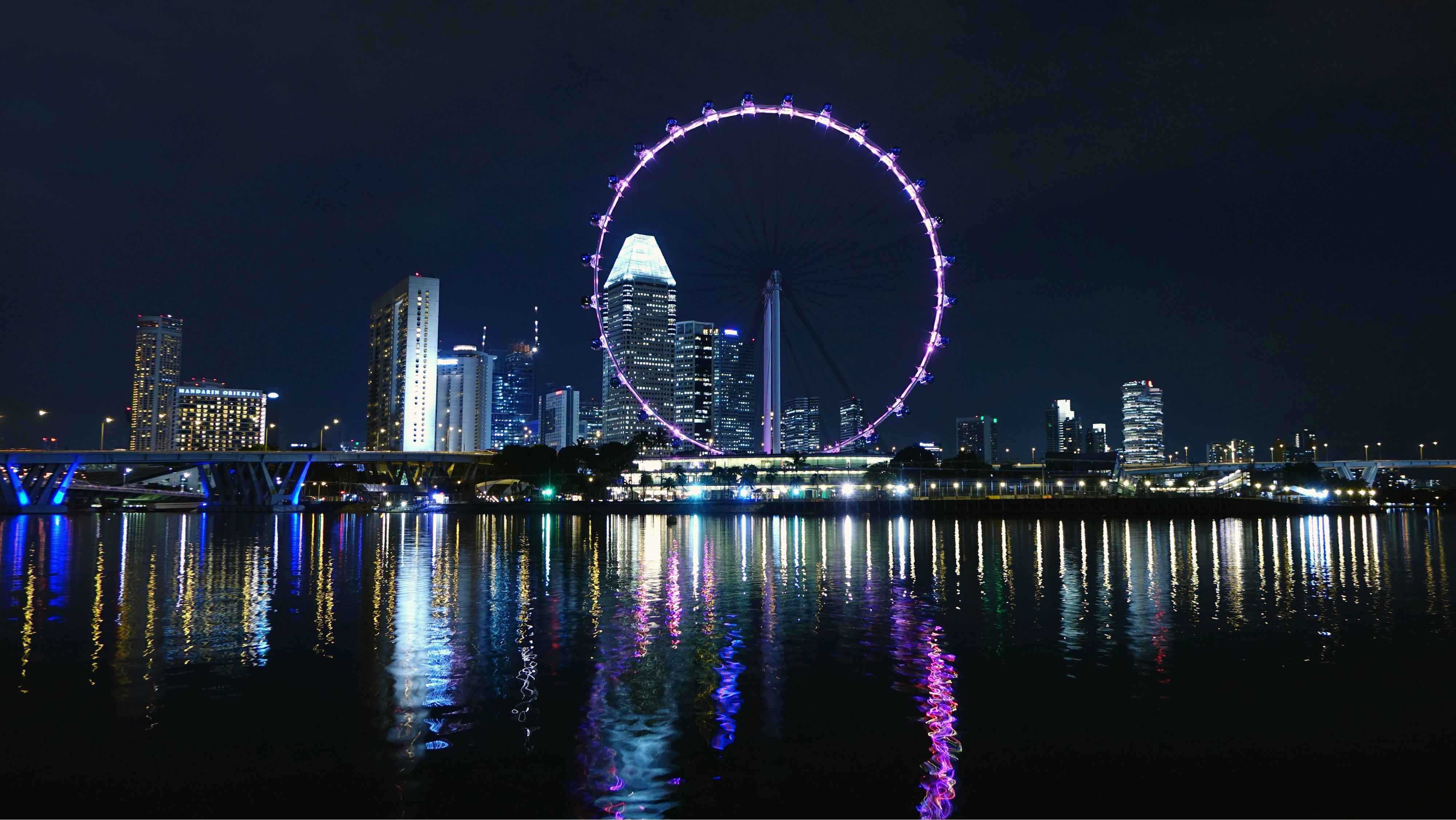 Rising expectations in recent months for a December rate hike by the Federal Reserve may have gotten investors jittery about the knee-jerk reaction that might be caused to the REIT markets. Current polled odds from Bloomberg for a December rate hike stand at c.67%, an increase from a mere 7.7% on 27 June 2016, the Monday after the Brexit referendum. 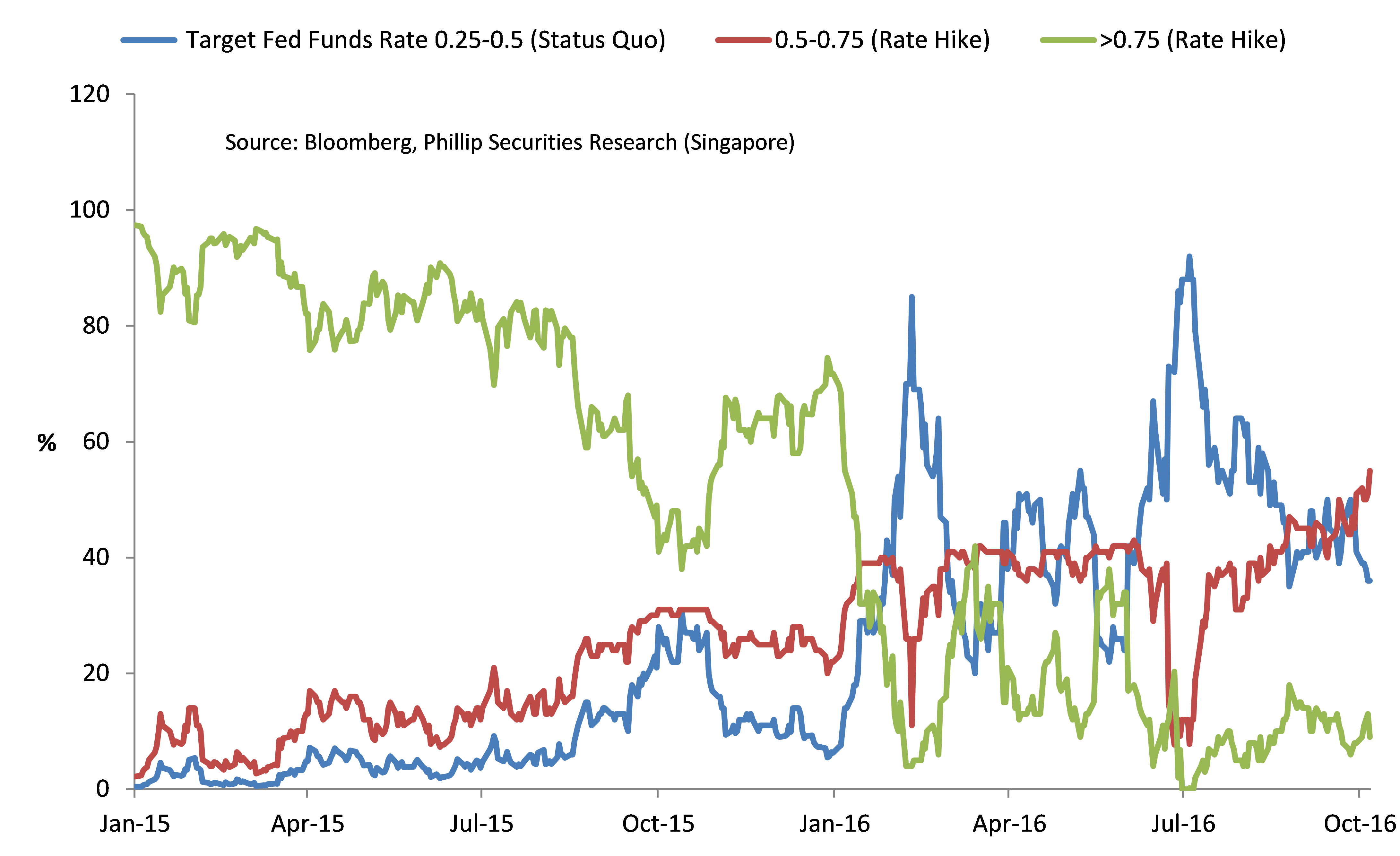 While the Federal Reserve prepares to hike rates for only the second time since the Global Financial Crisis (GFC), other major central banks such as the European Central Bank (ECB) and Bank of Japan (BOJ) continue to adopt loose monetary policies. Global interest rates have generally trended down, with the Eurozone and Japanese 10 year bond yields hitting negative territory. The downward trend in long term government bond yields has enhanced the attractiveness of REITs. 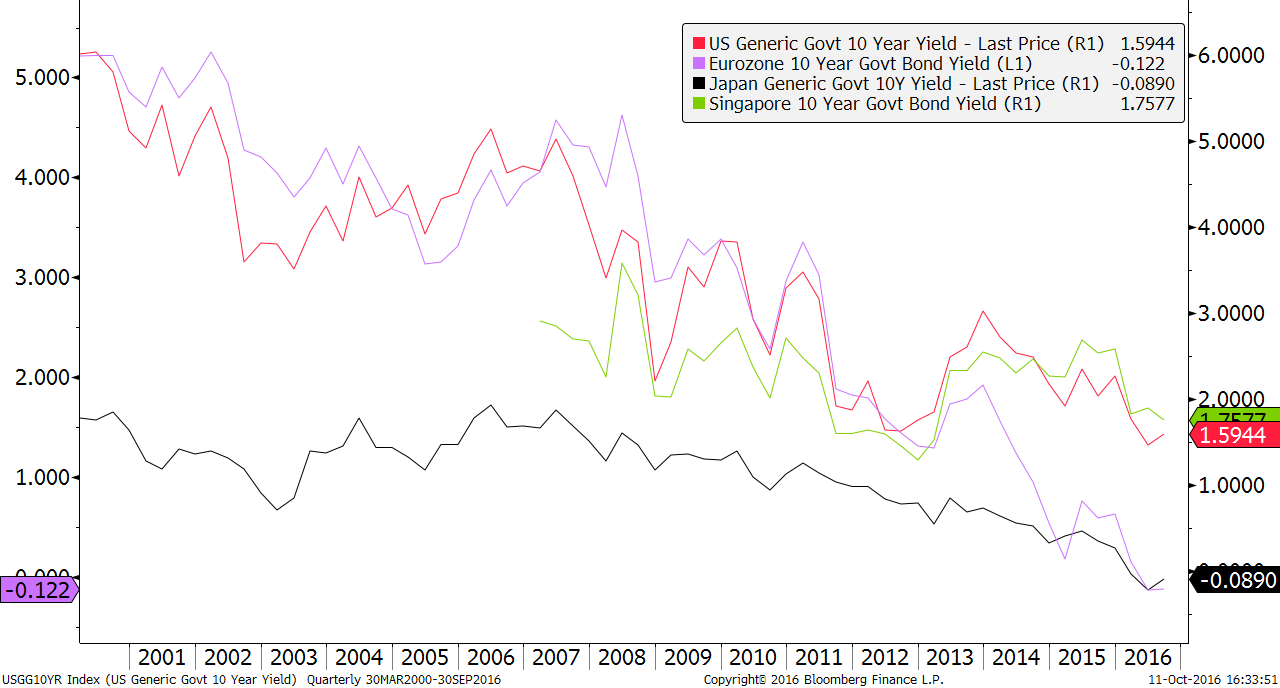 During the last rate hike cycle from November 2004-2007, Federal Fund rates moved up from less than 2% to around 5% in three years. In that same period, the major REIT indices correspondingly improved. The US, Australian and Singapore REIT indices gained 32%*, 42% and 67% respectively. US and Singapore REITs indices also outperformed their mainboard indices’ gains of 26% and 53% respectively. Outside of the US, Japan, Australia and Singapore are the three largest REIT markets by market capitalization in Asia. 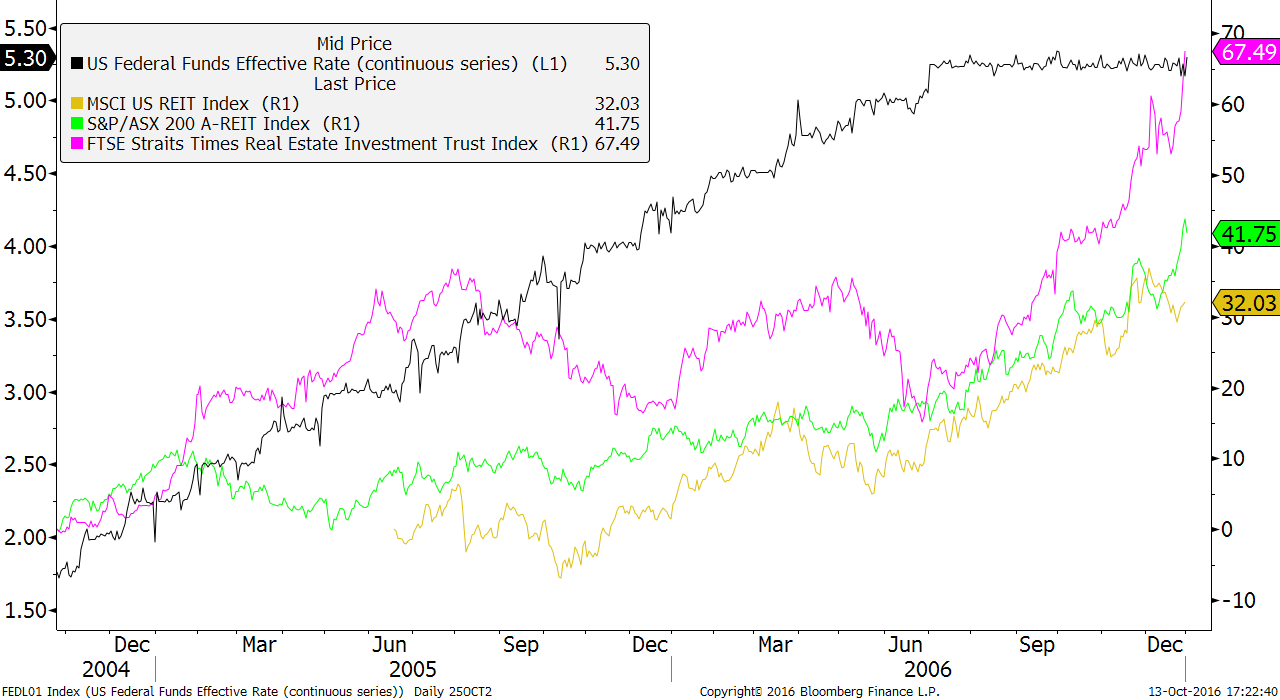 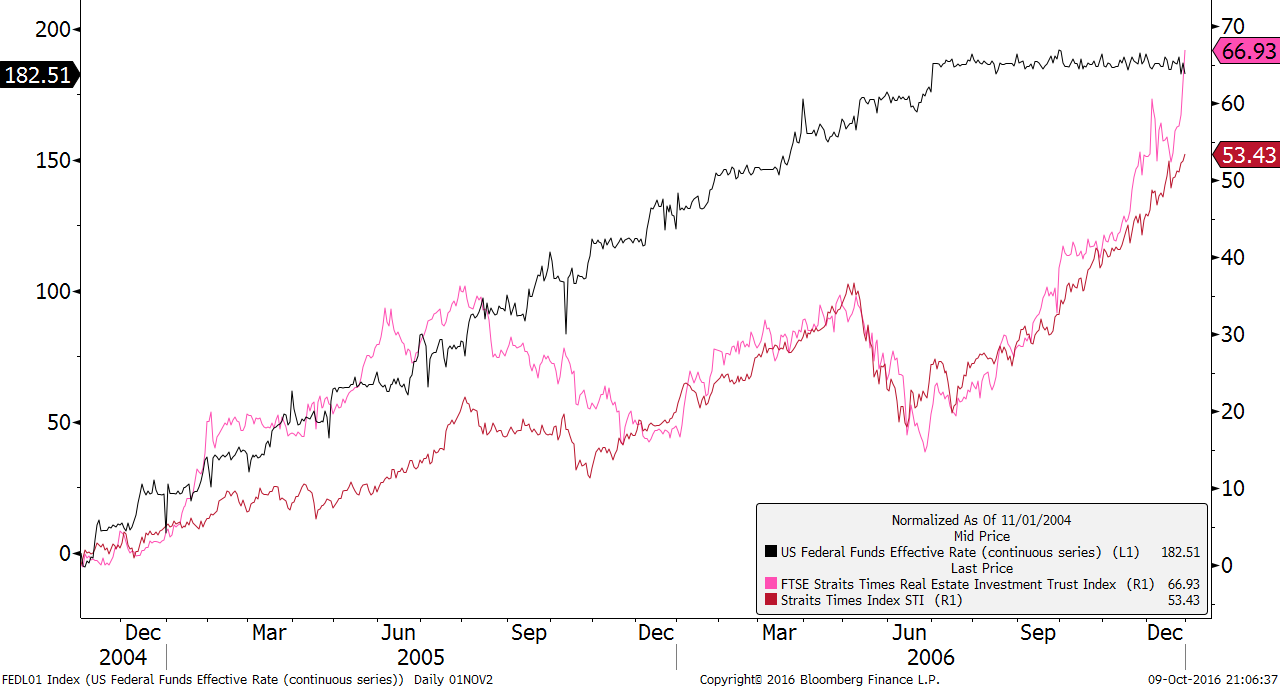 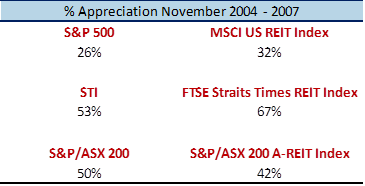 With these statistics, we gather that the more important thing to note about rising interest rates is that rising rates accompanied by strong country growth would actually be beneficial to REITs, with improving corporate earnings and consumer spending power. What is also important is the bigger picture to consider given that Federal Reserve Chair Janet Yellen has repeatedly emphasized that the pace of rate hike will be slow and gradual and most probably “data-dependant”.

We take a closer look at the performance of the Australia, Singapore and Hong Kong REIT indices post GFC. These are the three largest REIT markets by market capitalization in Asia-ex Japan. From 2010 post GFC until now, Hong Kong REITs have outperformed with a 102% return, followed by Australian REITs 59% and Singapore REITs 25%. Consequently, the stronger appreciation in the REIT prices of Hong Kong and Australian REITs has translated to lower gross forward yields vs S-REITs.