After defaulting on a US$314mn loan, trading of Eagle Hospitality Trust (Eagle) was voluntarily suspended on 24 March 2020. It followed the failure of its sponsor and master lessee, Urban Commons LLC to place the full sum of the security deposit under the master lease agreements and make timely rental payments since December 2019. Eventually, dividends due for distribution on 30 March 2020 were not paid out to unitholders. The master lease agreements have an initial term of 20 years from the Listing Date and the stipulated security deposit is equivalent to nine months of the monthly fixed rent. The fixed rent was 66% of the total rent projected for the year 2020.

In Figure 1, we compiled a list of REITs with master leases. Our findings are as follows: 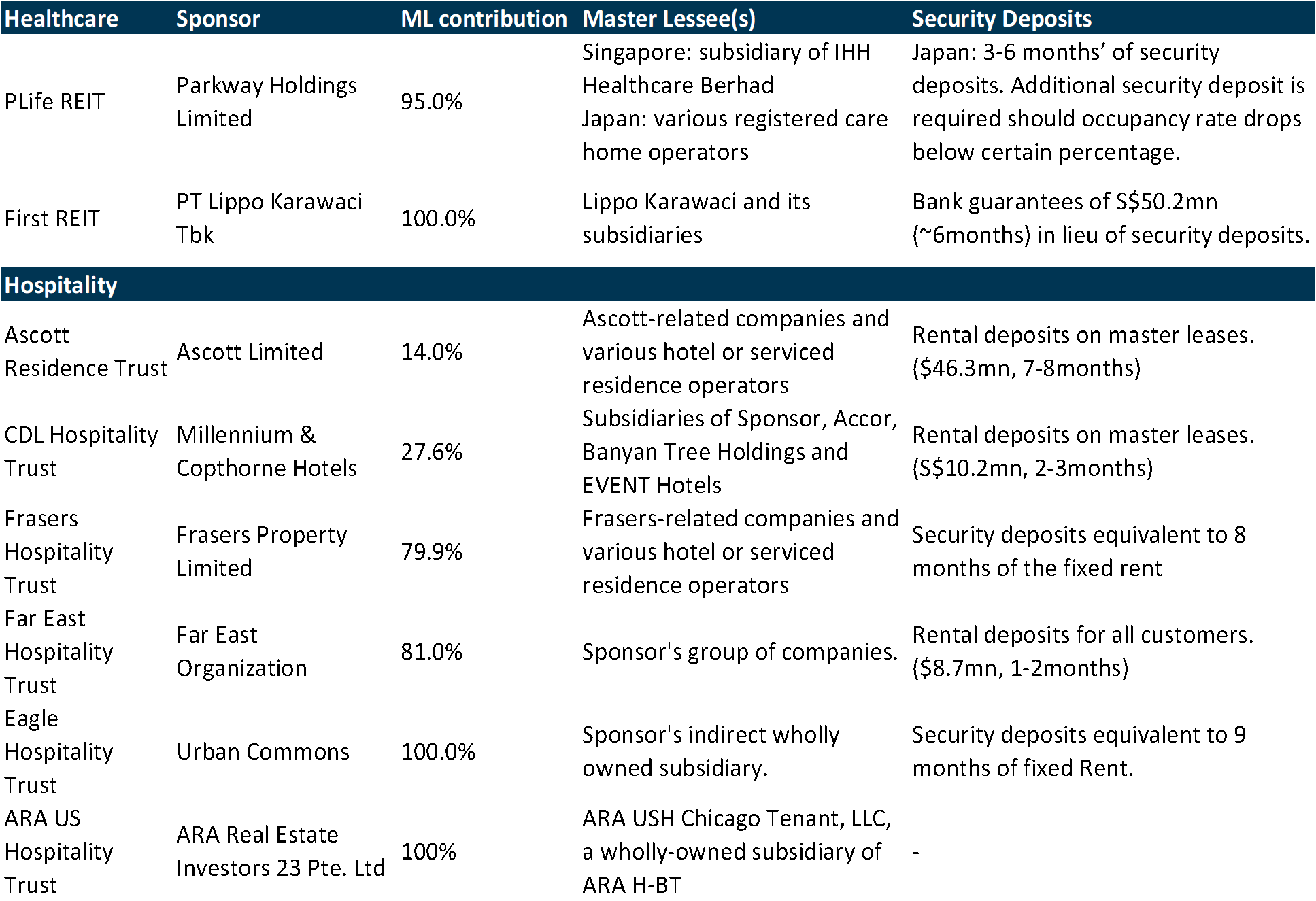 **Excludes CapitaMall Erqi to be divested on 7 Feb 2020