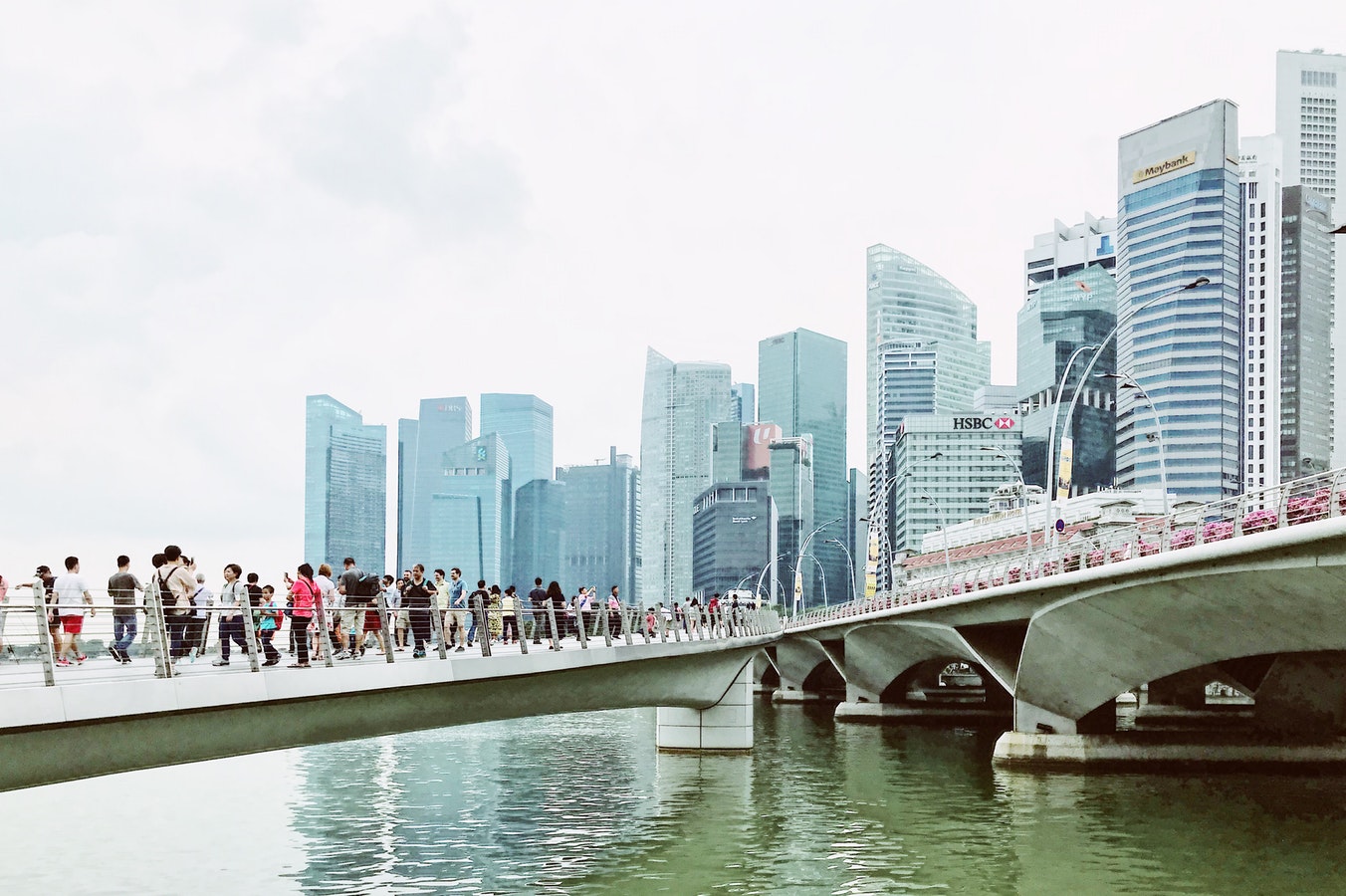 S-REIT yield spread declined 28bps YTD in August, remaining close to the -1SD level – historical average is 359bps. The 10YRSGS yield currently stands at 2.38%. Rising interest rates will be a headwind for S-REITs from a yield and interest expense perspective, but it does not necessarily lead to a bearish state as rental growth can be a mitigating tailwind.

Retail: CapitaLand Mall Trust (CMT) will be acquiring the remaining 70% interest in Westgate Mall for S$806mn, through a combination of debt and equity. Assuming a cost of debt of 3.2%, we estimate the acquisition will only be accretive to FY19e DPU if funded by at least 70% debt. Moody’s changed the outlook on all CMT’s ratings from “stable” to “negative”, following the announcement, although it had affirmed the A2 unsecured ratings of most of CMT’s debt. Retail sales (excl. motor vehicle sales) performance is still sluggish in Singapore, down -0.2% YoY in July, with department stores and supermarkets posting declines. Fashion was up 2.1% YoY. The food and beverage (F&B) index was down -0.3% YoY in July.

Office: HSBC Singapore will be relocating from HSBC Building to Marina Bay Financial Centre Tower 2 from April 2020. This comes after news of HSBC’s one-year lease extension with CapitaLand Commercial Trust (CCT) at its current premises at HSBC Building, for a 36% increase in rental at S$11.54psf/month, which will push NPI yield from 4% to 6%. OUE Commercial REIT will be buying the office component of OUE Downtown from its sponsor, OUE Limited, for S$908mn (S$1,713psf) through a mix of debt and equity (S$587.5mn rights issue). NPI yield for the OUE Downtown offices is about 5.0%, which is in line with the compressing office capitalisation rates in Singapore that we had observed last quarter (2Q18), from valuers’ assessment of recent office transactions. In overseas acquisitions, Ascendas-Singbridge Group, the sponsor of Ascendas REIT – among others, marked its foray into the U.S. with the purchase of 33 office properties spanning 3.30mn sqft, for an undisclosed amount.

Industrial: Burgeoning demand for data centre in Singapore is intact, with Facebook’s upcoming S$1.4bn data centre in Singapore. At 1.7mn sqft, the new data centre is >6x Keppel DC REIT’s combined GFA in Singapore. The proposed merger between ESR-REIT and Viva Industrial Trust will be concluded, as unitholders at both sides approved the merger, pending court approval. Ascendas REIT had announced a successful private placement (2.2x subscribed) of S$452.1mn, at S$2.54 per share, which represents a 6.09% discount to its VWAP on 6 Sep 2018.

Hospitality: RevPAR has been trending upwards YoY, up 3.0% to S$203 in July, on both higher occupancy and average room rate. RevPAR is now at more than 2.5 year highs. Historically, the months of July and August had clocked the highest monthly occupancy rates for the past three years (FY14-FY17).

While S-REITs are currently trading below the -1SD level since the global financial crisis, strong rental growth should offset any adverse effects from rising interest rates. As such we have identified pockets of opportunities within each sub-sector that would exhibit these characteristics of healthy reversion rates and strong leasing activity.

We maintain Neutral on the S-REITs sector on declining tenant sales in the Retail sub-sector and sluggish net absorption of Industrial space. A marked improvement in tenant sales would allow the retail S-REITs to improve occupancy levels at sustainable rental levels. However, tighter e-commerce competition and the oncoming retail supply glut would continue to weigh on retail rentals in the medium term. While Industrial rents have been stabilising, occupancy still has some catching up to do in order to provide a meaningful catalyst for a sub-sector upgrade.

We like the Commercial and Hospitality sub-sectors due to tapering supply after the surge in supply in the prior two to three years. We are cautious on the Retail sub-sector as retail sales and shopper footfall both remain lacklustre, due to e-commerce competition. 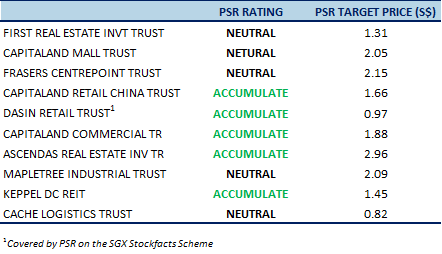