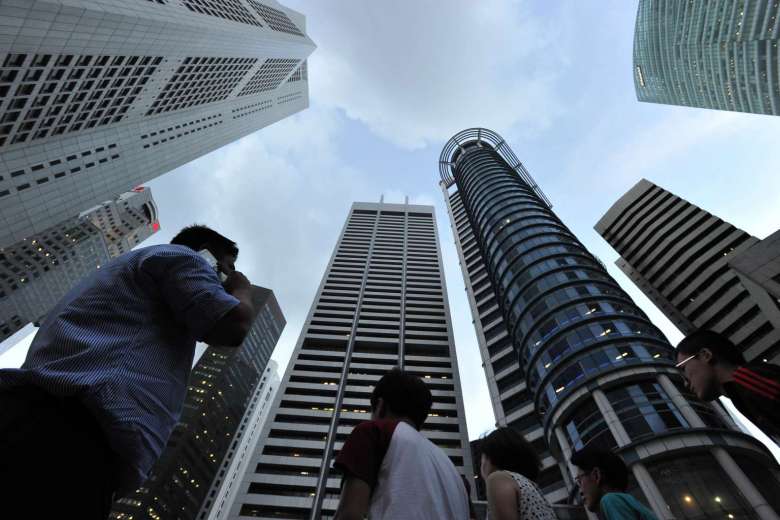 Generally negative reversions across the Industrial REITs, as oversupply condition persists. Even the Data Centre segment was not spared – Keppel DC REIT gave a negative reversion incentive, albeit on a forward renewal to a major customer that expanded its space requirement. Exceptions of positive portfolio weighted average reversions during the quarter came from Ascendas REIT (+4%) with Mapletree Industrial Trust (+0.5%) lagging behind.

We heard feedback from the REIT Managers that the key focus in the current soft market conditions is tenant retention. One Manager recounted an instance where it had a prospective tenant in late stage of negotiations and was eventually undercut by the tenant’s existing landlord.

Tenants are facing an uncertain outlook for their businesses and landlords are also allowing shorter lease to maintain occupancy – all in an effort to cushion the effects of the soft leasing market. Landlords are also resorting to leasing out partial units for short-term lease.

Soilbuild Business Space REIT (SBREIT) – Stability from master leases, and negligible vacancy risk for the rest of the year. PMI has been below 50 for the most part of 2015, and for the whole of 2016 until July. Industrial Production Index fell 0.3% y-o-y and fell 2.5% on a seasonally adjusted m-o-m basis. These two indicators suggest a weak industrial outlook and we think it is highly unlikely for industrialists to go on a space expansion spree. As such, we continue to expect supply-demand imbalance to weigh against the sector, with cautious demand in the face of an onslaught of new space.

The existing stock of Industrial space is 45.4mn sqm as at 2Q 2016. JTC estimates about 1.60mn sqm and 2.04mn sqm of industrial space to come on-stream in 2H 2016 and 2017 respectively. This additional space in 2H 2016 and 2017 is a 3.5% and 4.5% increase over existing stock respectively. The additional space coming on stream is significantly higher than the average annual supply of around 1.7mn sqm in the past three years. Historical average demand over the past three years was 1.2mn sqm.

Industrial leases are typically for a tenure of three years. 2Q 2016 Rental Index (96.2) is lower than three years ago in 2Q 2013 (100.3), and at the levels last seen in 2012. What this means is that lease renewals signed in 2Q 2016 were at lower rents compared to three years ago, implying negative reversions in aggregate. Going forward, we expect aggregate reversions to be in a negative territory all the way into 2017.

Similarly, only 16% of Single-user Factory was completed in 1H 2016, with the remaining 84% coming on stream in 2H 2016. Single-user space is typically pre-committed of the build-to-suit (BTS) or own-use configurations, and it is quite likely that such users would vacate their existing space to move into the new property once completed. This would contribute to further oversupply woes in the Multiple-user segment.

New supply of Business Park space is limited in 2H 2016 and 2017, with only 0.7% and 0.2% increase over current existing stock respectively. Currently no new supply planned for 2018 and 2019. 1.1% increase in available space in 2020, which is four years out from now. With Business Park Rental Index higher than three years ago, we still see the possibility for positive reversions in 2H 2016.

As highlighted, there will be an imbalance in supply/demand dynamics in 2H 2016 going into 2017. This will result in a tenant’s market and apply downward pressure on both occupancy and rent.

Keppel DC REIT has a unique asset class of data centres with strong underlying demand drivers. Its portfolio is diversified across seven cities, with 41% of FY15 GRI being derived from within Singapore. Acquisition of Keppel DC Singapore 3 (formerly known as T27) is expected to be completed in 3Q FY16. Mapletree Industrial Trust has ongoing BTS and AEI projects due to be completed by 2Q 2017 and 1Q 2018, respectively. Soilbuild Business Space REIT does not have any master leases expiring within the next two years. 3%/15% of portfolio leases by GRI expiring in 2016/2017.

Cambridge Industrial Trust has five properties (6.3% of rental income) with master-leases that are expiring in 2016. Two are expected to be divested, one to be renewed, one to be converted to multi-tenanted building and one to undergo AEI works.

Commentary for quarterly results across the Industrial REITs sub-sector