National Development and Reform Commission (NDRC) drafted rules to establish coal stockpiles system, aiming to set up both the minimum and maximum requirement of coal inventories*:

*Days in coal inventory calculation is based on previous 30-day average coal consumption.

Entering into September which is thought to be slack season empirically, however, coal price continued to soar and arrived at a YTD high, referring to Figure 4 and 5. As of mid-Sep, the HBA was reported at US$92/tonne with 44% YoY growth. Similarly, Qinghuangdao 5,500 GAR FOB spot price jumped by 24.2% YoY to Rmb686/tonne which fell into the red zone that is identified as abnormal by the thermal coal price alert mechanism. Both quotes rallied from the dip in Jun-17 for three consecutive months.

Apparently, the recent concurrent cooling measures from China and Indonesia signalled that the current coal price level is too high to sustain and is hurting power plants. The guidelines initiated by China will gradually move price downward to reflect supply and demand. It will also leave buffer time for the market to react to an expected price correction. However, Indonesia Domestic Market Obligation (DMO) price control could cause a hard landing for domestic coal price, because MEMR directly sets the benchmark price for the market. If the spread between the new base and the market spot is large, it will crimp the profitability of those producers who mainly rely on domestic sales, and even drive out portions of the domestic supply.

The regulatory headwinds have limited impacts on three counters

Golden Energy and Resources: though more than 50% of GEAR’s coal is supplied to the domestic market, GEAR is dealing with more than 15 trading partners that enable the group to shift supply to export partially. In other words, the group has the discretion to lift the percentage of export sales to buffer the domestic price that is possibly below the market rate.

Geo Energy Resources: export sales have been taking up 70% to 80% of the total amount. Thus the group is more subject to price impact from China. Since China’s authority aims to stabilise the coal price within the given range, it provides relatively clear visibility for GEO’s margin. Short-term uplift of FOB coal price is a bonus for GEO.

Blackgold Natural Resources: The coal supply for mine mouth project is barely subject to the domestic new pricing directive since the sales are based on a “cost-plus” model. Though the company will not gain the upside when the spot price is above the contracted price, the margin is assured within the contract terms.

We do not expect the upcoming price correction will bring coal price back to 2H16 level. While we may see a speed bump on the recent coal price recovery, the ramp-up of production is still on track. Therefore, we maintain our BUY rating on coal sector. 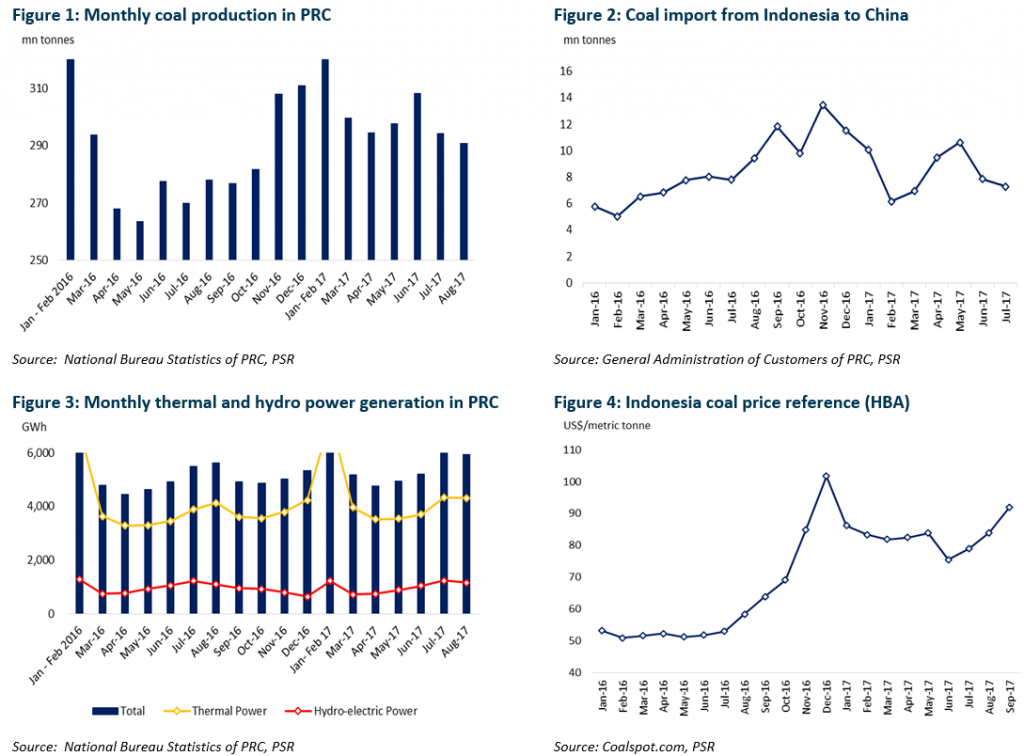