Current 3M-SOR is up 3bps from the average observed in 4Q20. 3M-SIBOR is at its 4Q20 average. Despite low interest rates, rate stability should provide opportunities for banks to better price asset yields to boost margins in FY21. 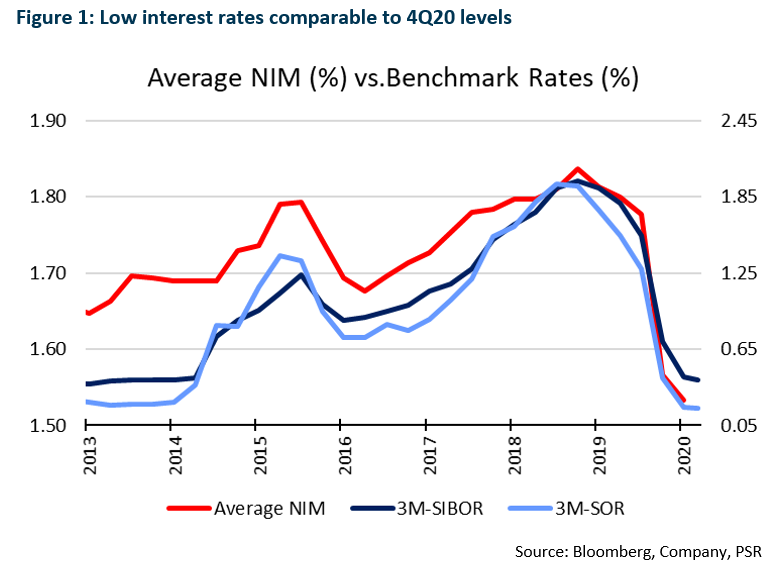 Loans contracted 2.32% YoY in November, worse than their decline of 2% in October. Business loans performed poorer than consumer loans for the first time since February 2018, shrinking 2.66% YoY. Consumer loans slipped 1.76%, though they grew 0.42% MoM in their fifth consecutive month of growth. Growth was largely attributed to credit-card loan growth of 3.0% MoM. 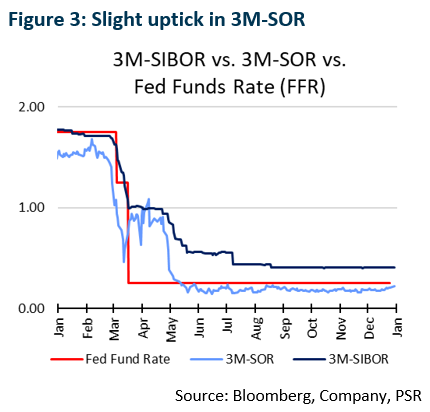 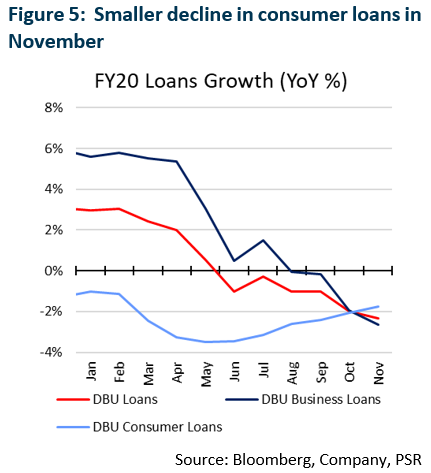 Turnover volume for SGX’s newly-launched FTSE Taiwan Index Futures was 2.1mn in December, overtaking the performance of its MSCI predecessor a year ago by 20.2%.

With sustained levels of market participation, we expect SGX’s revenue to increase 10-15% YoY in 1H21. 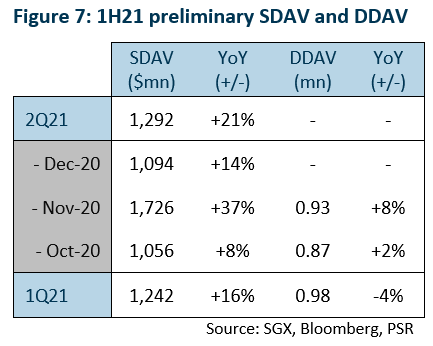 Remain Neutral. The banking environment remains challenging as investors look for clarity on loan quality with the expiry of loan moratoriums in Singapore.

For sector exposure, we prefer SGX, given strong market participation observed for 1H21 and a potential lift in earnings from newly acquired businesses in the past year.

Among the banks , we continue to prefer UOB as lower credit costs guided should lift pressure off its earnings faster than peers.