Singapore Banking Monthly – NIM and NII surge across the board November 11, 2022 170 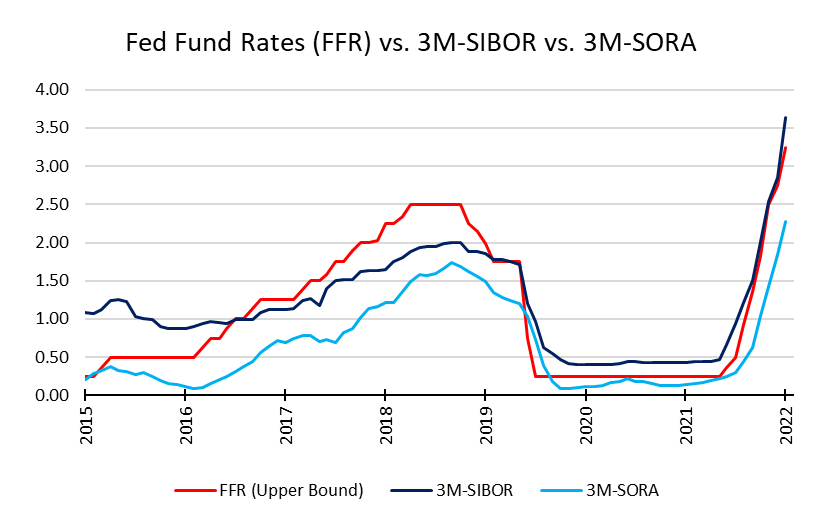 OCBC’s 3Q22 earnings of S$1.61bn were in line from higher net interest margin and net interest income offset by lower fee income. 9M22 PATMI was 73% of our FY22e forecast. NII grew 44% YoY underpinned by loan growth of 6% YoY and NIM surging 54bps YoY to 2.06%. NIM expansion was mainly due to asset yields outpacing higher funding costs amid a rapidly rising interest rate environment. OCBC has guided for similar mid-single digit loan growth and NIM of 1.80-1.90% (from 1.70%) for FY22e.