3M-SIBOR and 3M-SOR has held steady in the third quarter at 0.41% and 0.21% respectively. However, with reported NIMs in 2Q20 at historical lows, we are not likely to see much more downside to NIMs in the subsequent quarters as banks actively monitor their margins through repricing and cycling off excess liquidity from the balance sheet. 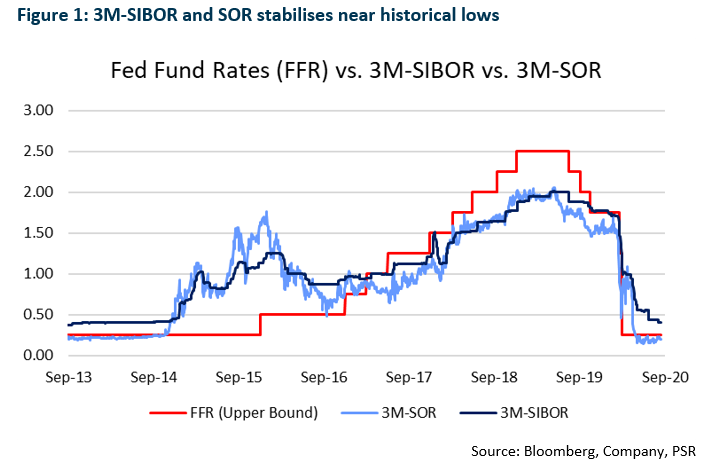 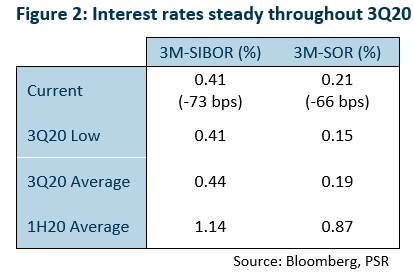 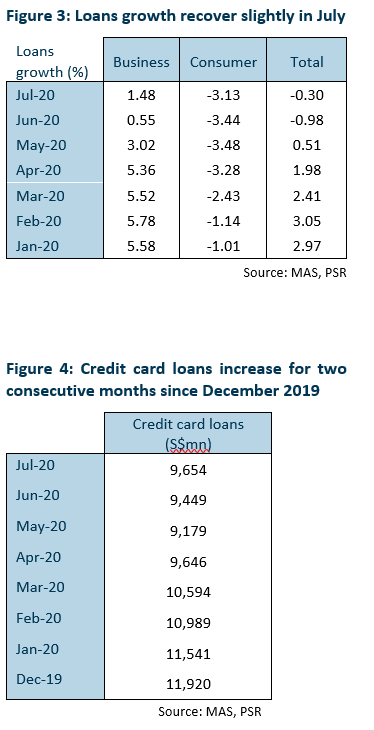 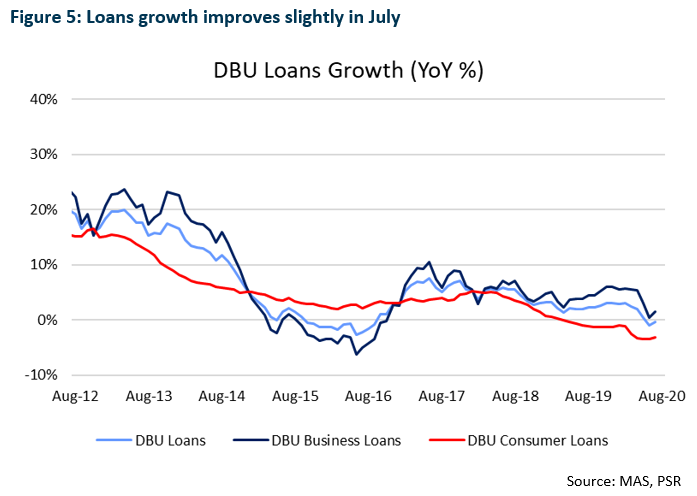 On 31 August, Credit rating agency Fitch issued a report which raised concerns of a potential downgrade of the ‘AA-’ credit rating of the three local banks.

In its report ‘Singapore Banks: Limited Rating Headroom’, Fitch mentioned a poorer operating environment that has put pressure on the profitability of the banks. This will lead to ‘thinner margins, higher credit costs and slower credit growth’, which will likely see a deterioration in capital ratios across the banks.

However, the RNA status has been issued since April, and the poorer economic conditions outlined in the report were in accordance with the guidance provided by the banks previously. As such, without any fundamental change in operating environment, we believe that the financial position of the banks remain healthy.

Preliminary SDAV data indicates a YoY increase of 17% from S$1,188mn a year ago to S$1,386mn in August (Figure 6). Securities business continue to see sustained growth in the third quarter.

However, derivatives volumes remain volatile.Volumes for the top five equity index futures which makes up more than 95% of monthly equity index futures contract turnover fell by an average of 12% YoY in August (Figure 7) after recording a 27% YoY increase in July (Figure 6). 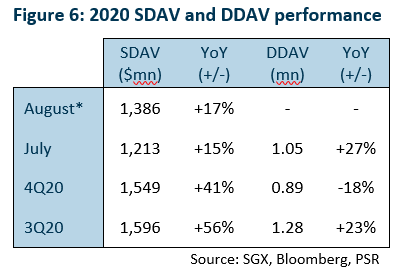 The popularity of the FTSE Taiwan Index Futures as a substitute product to its MSCI counterparts leads us to believe that expiring MSCI contracts will not dampen outlook for SGX’s equity derivatives business given more FTSE contracts that will be launched as replacements. 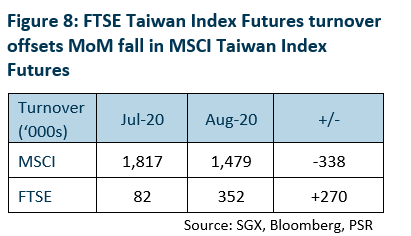 Maintain the Singapore Banking Sector at Neutral. While interest rates will continue to weigh on NIMs, resumption of business activities will lift non-interest income. We remain of the view that the banks have entered a period of gradual recovery from the earnings hit observed in 2Q20.

Wee Kuang currently covers the Banking and Finance as well as the Healthcare sector. Wee Kuang has had 2 years of experience as a Trading Representative (TR) before his current stint as an Analyst. As a TR, Wee Kuang developed a keen interest in investor education and hopes to be able to provide better insights for investors in his current role.