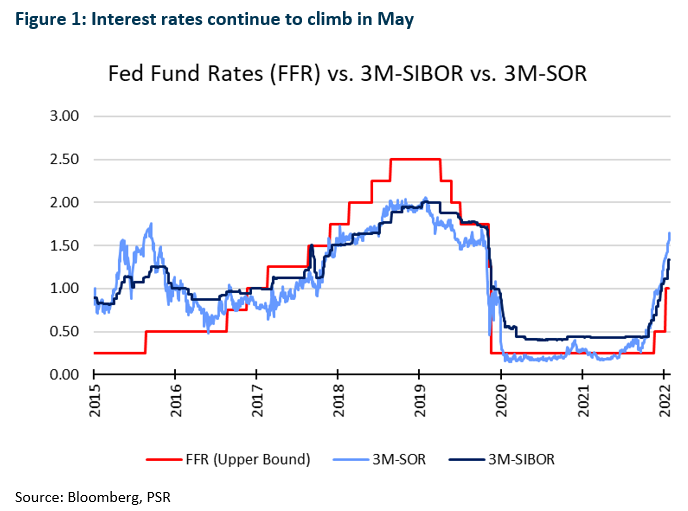 The Monetary Authority of Singapore (MAS) has imposed an additional capital requirement of about S$330mn on OCBC for its deficiencies in responding to a wave of spoofed SMS phishing scams in December 2021. The additional penalty will impact OCBC’s CET1 ratio by 0.21%, which would mean OCBC’s CET1 ratio would now be 14.99%. Nonetheless, this would not affect the bank too much as it still has a healthy CET1 ratio, which at 14.99% is still higher than DBS (14.0%) and UOB (13.1%).

Hong Kong’s domestic loans grew by 1.73% YoY but fell 0.69% MoM in April. The MoM dip in loans growth for April was the lowest since Dec 2021 and the YoY loans growth declined by 51bps from March’s loans growth of 2.24%.