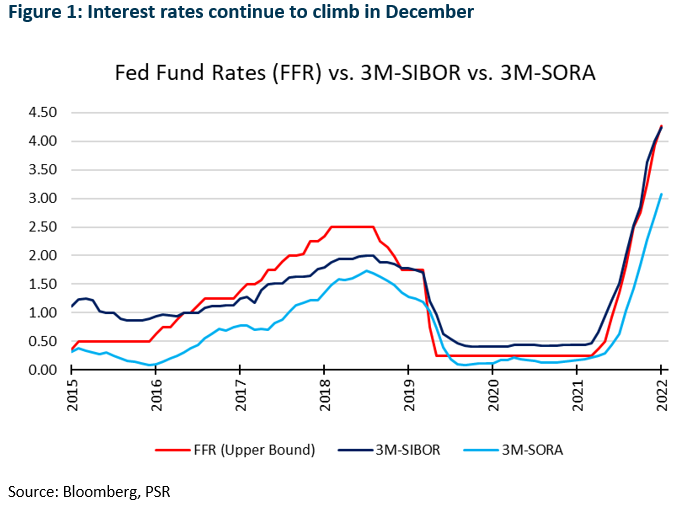 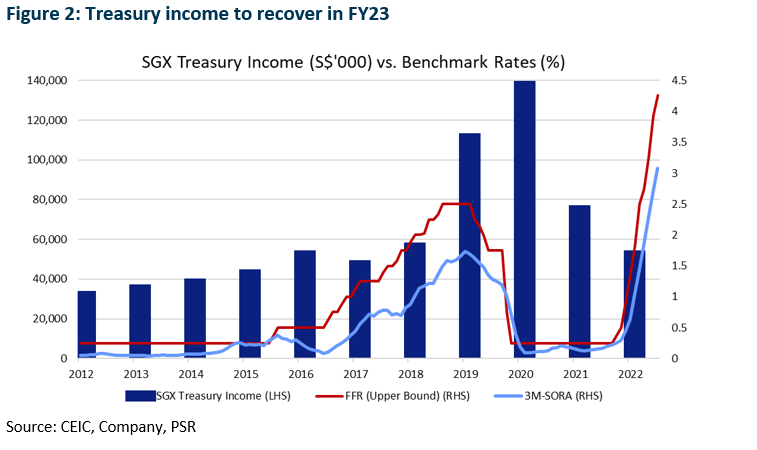 Overall loans to Singapore residents – which captured lending in all currencies to residents in Singapore – rose by 0.67% YoY in November to S$816bn. This was below our estimate of mid-single digit growth for 2022 as the rise in interest rates started to be more fully felt by consumers.

Total deposits and balances – which captured deposits in all currencies to non-bank customers – grew by 6.36% YoY in November to S$1,719bn. The Current Account and Savings Account (CASA) proportion dipped slightly to 20.7% (Oct22: 21.1%) of total deposits, or S$356bn, as there was a move towards FDs due to the high interest rate environment.