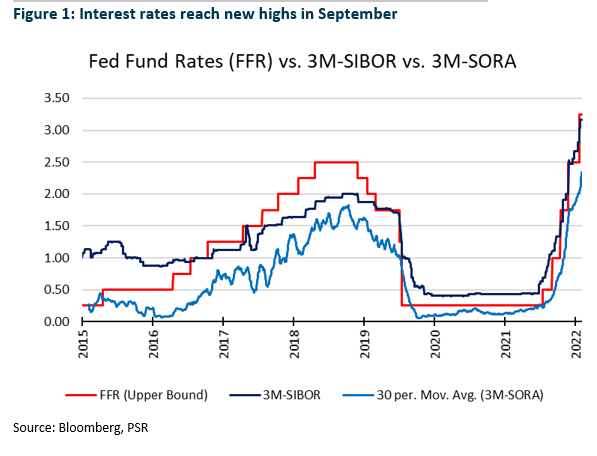 Overall loans to Singapore residents – which captures lending in all currencies to residents in Singapore – rose by 6.7% YoY in August to S$843bn, tracking our estimate of mid-single digit growth for 2022 as economies in ASEAN begin to recover from the pandemic lockdowns and borders start to reopen.

Total deposits and balances – which capture deposits in all currencies to non-bank customers – grew by 11.8% YoY in August to S$1,723bn. The Current Account and Savings Account (CASA) proportion remained stable at 22.2% of total deposits or S$383.2bn.