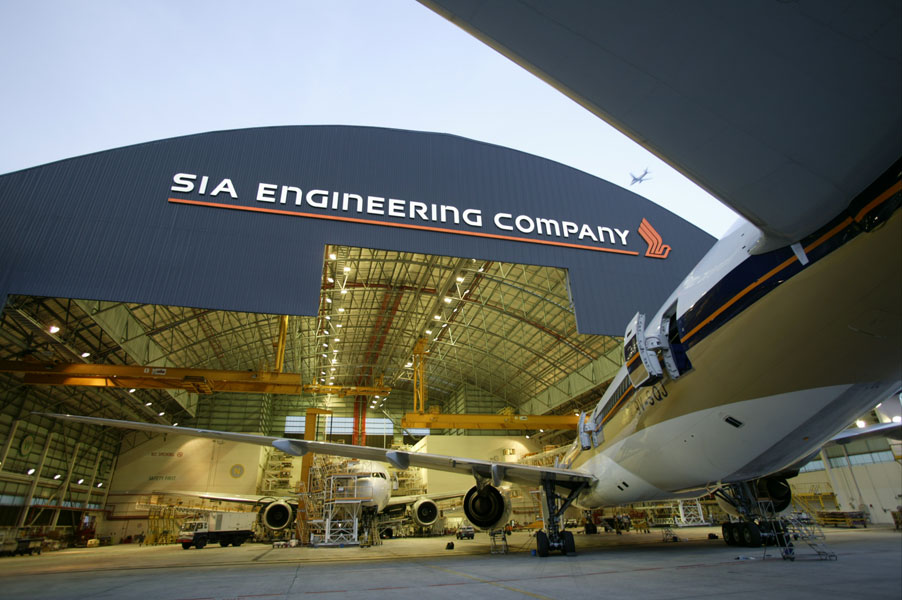 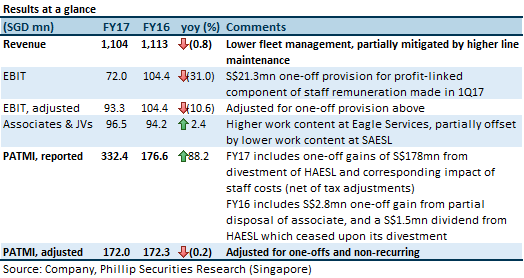 After taking into account the $21.3 million one-off provision for profit-linked component of staff remuneration in 1Q17, labour cost was still $28.3 million higher (6.1% higher). This was attributed to over-time pay and higher headcount in some subsidiaries.

This was due to more flights handled by the Group at Changi Airport and the restructuring of the business. The Group handled 2.6% more flights during the year, which was slightly lower than the 3.2% more flights handled by Changi Airport for the same period. Notably, there were 14.4% more ‘A’ checks done at Singapore base due to the larger A350 and B787 fleet size; and 40% more ‘A’ checks done at Clark base due to additional third-party work.

As mentioned in previous quarters, some of the work that used to be carried out in the hangar is now performed on the apron. Hence there has been a reorganisation, with airframe overhaul and cabin maintenance transferred to Line Maintenance.

The higher work content at Eagle Services was due to an extension of end-of-cycle for classic fleet such as the B747 which uses the PW4000 engine. Lower fuel prices encouraged operators to delay the retirement of less fuel efficient aircraft. As in past quarters, management reiterated that the PW4000 is a mature market which will eventually be phased out.

Excess capacity and aggressive pricing are some of the challenges facing the Group. Improvement in technology and design has led to better airframe and engine reliability, resulting in structural issue of lower work content. Our target price gives a FY18e forward P/E multiple of 23.4x, which is higher than the Straits Times Index (STI) implied P/E multiple of 15.0x (Source: Bloomberg). 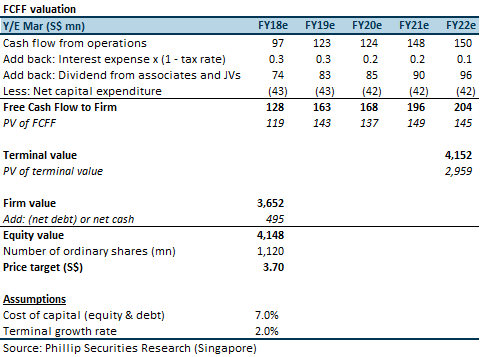