+ Improved consumer’s sentiment in 2Q17: Mature stores registered slight growth of 0.9% YoY in 2Q17 after a contractionary 2H16 and a flattish 1Q17. Excluding the drag from Woodlands 6A store, which was impacted by the impending en-bloc activity, same store sales growth (‘SSSG’) would be 1.7% YoY. Woodlands 6A store will be closed in Oct-17.

– Lower dividend payout: The Group does not have a fixed dividend policy and its war chest of S$26mn* could be deployed to expand by another 4 stores.

* Cash and cash equivalents of S$69.3mn as at end-Jun17, less 1H17 dividend payout of S$23.3mn and S$20mn construction cost for the new extension to the distribution centre

Nonetheless, we adjusted FY18e PATMI 2% downwards on (i) lower revenue due to lack of growth drivers; and (ii) lower other income due to the absence of government grants from Wage Credit Scheme. We also cut our dividend payout for FY17-18e to 70%, which gives an implied dividend yield of 3.4% and 3.5% respectively. 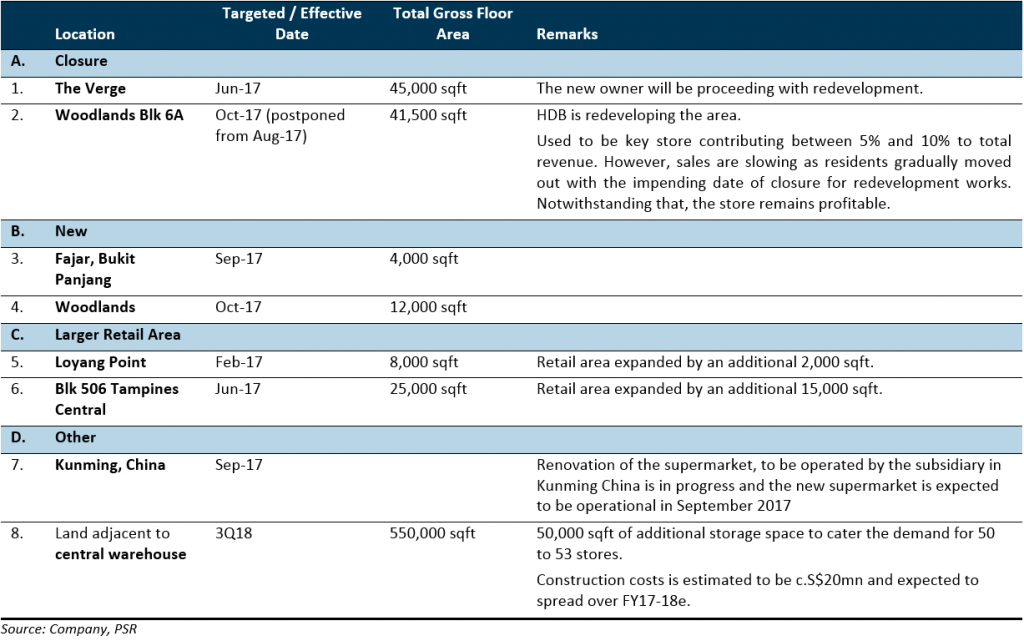 SSG is currently trading at 22.6x trailing PER, which is below its regional peers’ average of 34.5x.

It also provides an attractive FY17e dividend yield of 3.4%, as compared to its regional peers’ average of 1.9%. 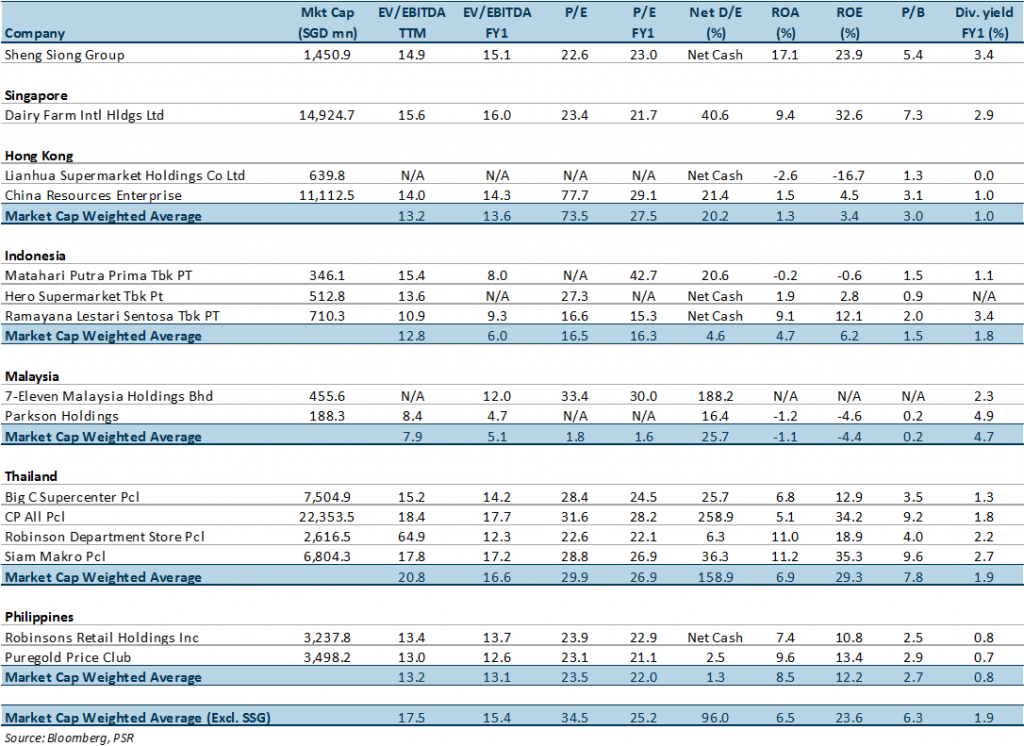