In FY18e, we would see the full impact from the closure of the Verge and Woodlands Blk 6A stores, which contributed 5.3% to FY17 Revenue. Nonetheless, improving consumer sentiment coupled with expanded store count should mitigate the negative shortfall. We think 1Q18 should be a strong start, owing to seasonality – there is a 2-weeks window shift in 2018 Chinese New Year (Feb-18 vs Jan-17).

After accounting for S$31mn FY18e CapEx (including S$16mn for the construction of central warehouse, and the remaining being new stores’ fitting costs and maintenance CapEx), we expect FY18e free cash flow to be S$65.6mn. Growing free cash flows could be a prelude to a higher dividend payout in future. Meanwhile, the expansion to the warehouse is on-track to be completed by FY18, adding c.97k sqft of storage area.

Healthy pipeline of new stores up for bidding in 2018. There are 13 new supermarkets units pending completion by 2018, according to data on HDB HBiz website. However, management shared its concern on the proximity of these locations with existing stores, which include those under Sheng Siong’s brand. 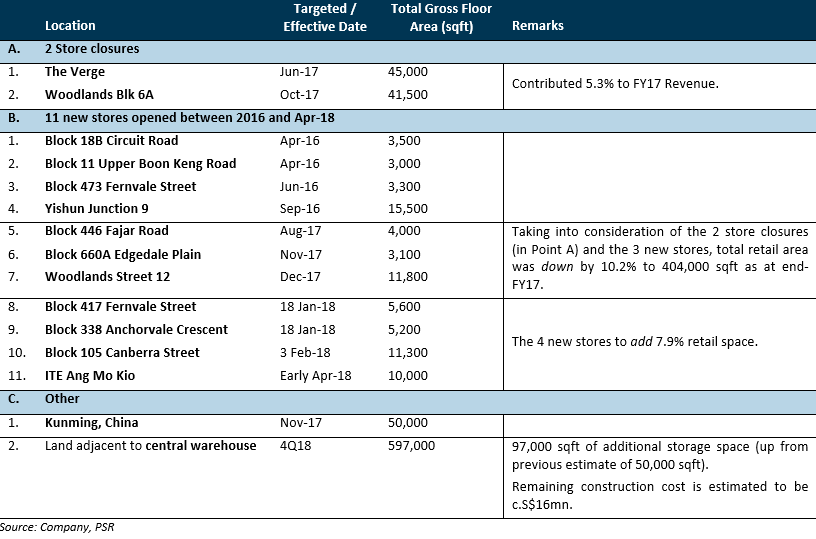