Sheng Siong Group (“SSG”) bucked the general Singapore supermarket retail trend by growing 4.2% year-on-year (“yoy”) in turnover as compared to a 1.4% yoy contraction in Singapore’s supermarket retail sales. We remain confident of the management’s prudent expansion and cost management strategies, as demonstrated by the opening of 19 new stores and the 1.7 percentage points improvement in EBIT margin since IPO.

Maintained ‘Accumulate’ rating with a lower TP of S$1.06, based on unchanged 23x PE multiple. We lowered our FY2017 growth forecast due to a subdued retail landscape and increased competition for new stores. These translate to a lower estimated FY17 EPS at 4.61 cents. We expect the five new stores opened in 2016, alongside the two newly renovated and bigger stores at Loyang Point and Blk 506 Tampines Central, to drive FY17F top line growth; while comparable same store sales growth to remain flattish. The enhanced margin and its ability to pass on partial, if not full, increases in input cost to customers will cushion the adverse impact from food inflation. 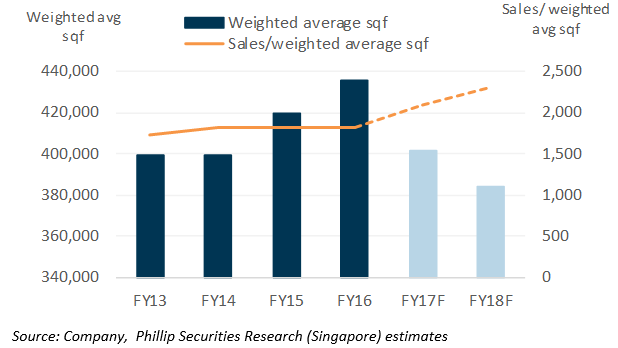 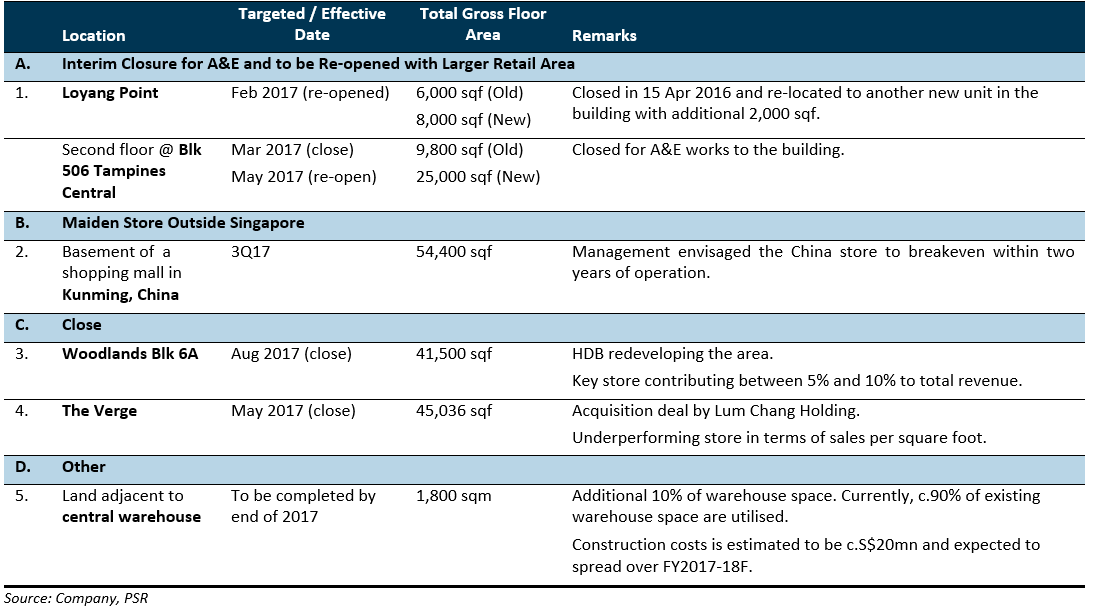