Outlook remains positive. Tailwinds from favourable macro backdrop and contributions from the 9 new stores (see Figure 1) should mitigate lost revenue from the two large stores and to underpin FY18e growth. In addition, we believe there are further upsides from potential new stores in coming quarters. There are 9 new supermarkets units pending completion by 2018, according to data on HDB HBiz website. However, management shared its concern on the proximity of these locations with existing stores, which include those under Sheng Siong’s brand.

Downgrade to Accumulate with unchanged TP at S$1.13. Our TP is based on an estimated 4.92 cents FY18e EPS and 23x PE multiple. It has strong financial position with zero debt and cash position of S$78.6mn as at end-1Q18. We believe that the Group’s free cash flow should improve further from FY19 with no huge ticket capital expenditures in plan. Growing free cash flows could be a prelude to a higher dividend payout in future. 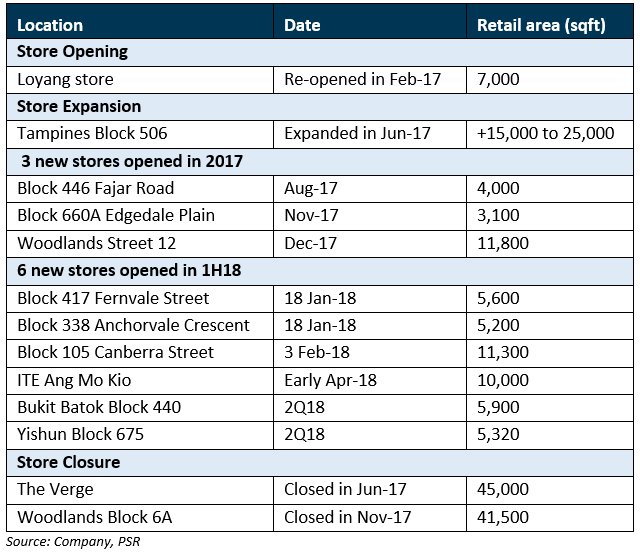