While we will see the full impact of the two store closures in FY18e sales, operating margin should steady at the current 10% level as we expect store productivity to improve by c.11%, from S$1.8k psf (per square feet) to S$2k psf. Rent saved from closure of The Verge and Bedok Blk 209 store, which is now self-owned, also contributed to the lower operating expenses.

We adjusted FY18e PATMI 1.6% upwards on better operating margin. We kept dividend payout for FY18e to c.70%, which gives an implied dividend yield of 3.5%. 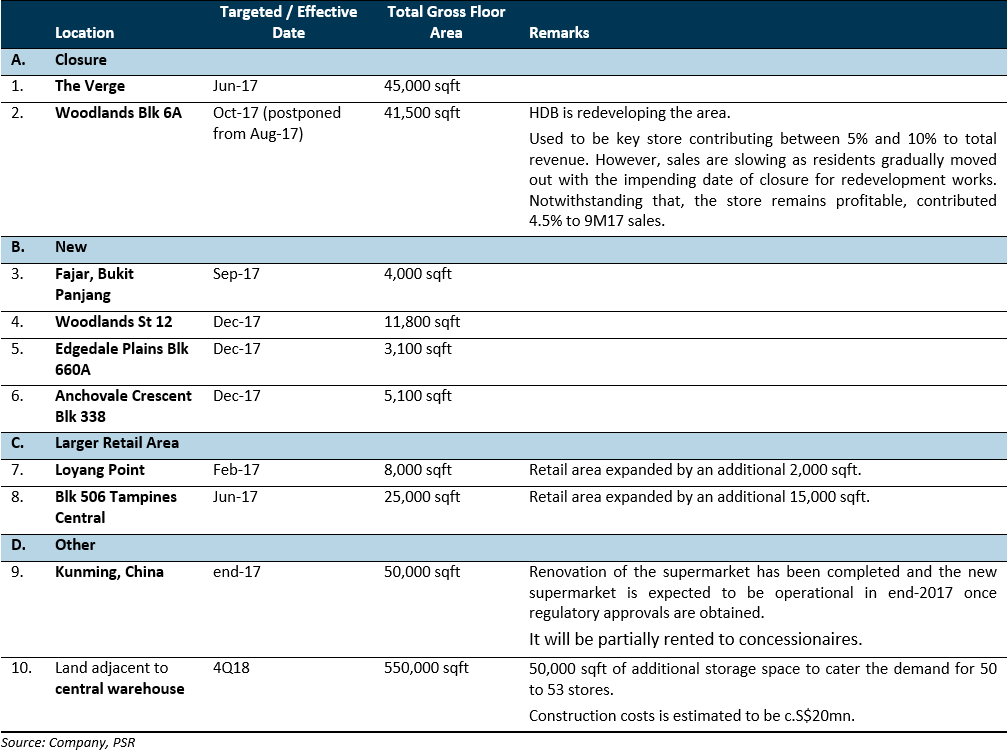