In November the company announced to acquire Cardinal China, another giant pharmaceutical distributor in PRC, which will further consolidate its leading position in distribution market and accelerate the development of its DTP business. We see modest growth in 9M17 results with improving profit margin and quickly development of manufacturing segment. Assuming 14x PE, we give target price of HKD25.2 and `BUY` rating with 29.76% upside. (Closing price as at 6 Dec 2017)

Stable growth in 9M17 results. As up to end of Sep, the company delivered revenue of RMB99bn (+9.41% YoY) and net profit attributable to shareholders of RMB2.69bn (+9.42% YoY), while net profit recorded 14.26% YoY growth excluding effect of declining JV earnings. The profit from JV decreased by 10.67% YoY due to rising expenses for new products and price cut of some drugs. We see improving operation with rising net operating cash inflow of RMB1.85bn (+0.54bn YoY).

Acquisition of foreign-capital distributor in PRC. On 15 November, the company announced that its subsidiary would acquire 100% of Cardinal China at a price around USD557m. Cardinal China is a foreign-capital pharmaceutical distributor in China, covering 322 cities and offering service to 11,000 medical institutions and other downstream customers. The acquisition will enable the company to vertically strengthen its network in Shanghai, Beijing, Zhejiang and cover more end-user clients. Meanwhile, it will also expand blank regionals such as Tianjin, Chongqing and Guizhou, which helps the company to expand its distribution network to 24 provinces. After completing the acquisition, the company will own the most agent categories of imported pharmaceuticals and become one of the largest agents and distributors of imported pharmaceuticals. We estimate that inclusion of Cardinal business will enlarge the distribution revenue by c.15% in 18E. 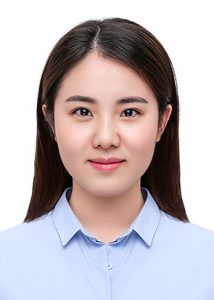