SMM’s wholly-owned subsidiary PPL Shipyard Pte Ltd has signed agreements for the sale of nine Pacific Class 400 jackup drilling rigs to Borr Drilling Limited and its subsidiaries at an aggregate consideration of approximately US$1.3bn (S$1.77bn), plus a market-based fee calculated based on an uplift in value of the rigs sold. The delivery window is scheduled for 14 months, starting from 4Q17 to 1Q19. SMM will receive an upfront payment of c.US$500mn at the moment and the balance amount of c.US$800mn in five years from the respective delivery dates of the rigs. SMM is expected to be subject to c.S$15mn losses from the deal, excluding all interest and market fee payable by Borr Drilling.

+ The sizable deal will provide liquidity: SMM’s working capital required was S$438mn in 1H17, compared to S$168mn in 1H16, and the jump of which exacerbated the net cash outflows from operations. As a result, SMM borrowings rose from S$4bn in Jun-16 to S$4.4bn in Jun-17and stretched its interest burden. Cash in hand was reported at S$1bn as of 2Q17. The US$500mn (S$681mn) of advanced payments from Borr Drilling is a significant amount for SMM to fund working capital without escalating indebtedness. Moreover, SMM could repay part of the borrowing to mitigate interest payments.

+ SMM is catching up with the market turnaround:  as shown in Figure 1, the total world rig count by the end of 3Q17 had recovered to c.2,100 units, and crude oil (Brent) is a few cents shy of US$60/bbl, a new high since 2Q15, by the end of Sep-17. It signalled that the oil drilling activities are rejuvenating gradually with a slow pace. The jack-up rigs under the deal are categorised into the specification of 350+ feet water depth and the respective utilisation and rig count of which, shown in Figure 2, bottomed out since 1Q17. The success of reselling the package of nine rigs, out of which six rigs were terminated with the previous buyer, shows momentums that upstream players are defrosting their capex after more than a year’s budget cut. It is quite a positive signal to the market that SMM has been tracking the market closely to grapple opportunities from the market turnaround.

– The deal deteriorates profitability: The loss of c.S$15mn from the reselling may be a compromised outcome for SMM given the current improving but still relative gloomy market conditions. However, the loss is regarded as significant given the prolonged weakened profitability in the near term. According to the announcement, the amount would have reduced net profit by 19% if it occurred in FY16. As of now, due to lacking of new sizable orders replenishment, SMM’s profit margin will be further lower.

We believe this is an early sign that the market is starting to thaw. Because the rig owners who unwind capex will primarily source deals that are below fair value from the stockpile of newly-built rigs without contracts or from builder’s facing insolvency issues. We still hold the view that it will take longer than expected period before the new orders come in. SMM has to continue to ride out an extended market downturn.

Upgrade to NEUTRAL with a higher target price of S$1.82

We maintained FY17e EPS 5.4 SG cents, due to weaker than expected performance in 1H17. Based on updated blended forward 12-month PER of 33.6x, we derive an updated TP of S$1.82 (previous TP: S$1.55). This implies an upside of 4.6% from the last done price of S$1.74, and we upgrade our call from REDUCE to NEUTRAL, as the bottoming out process for the industry is underway. 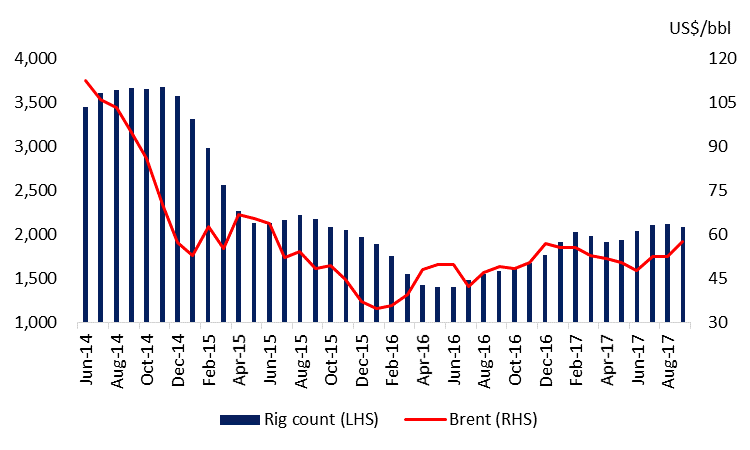 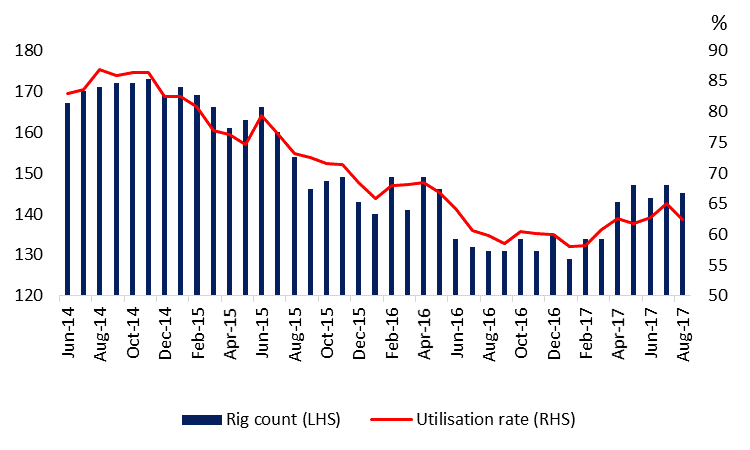