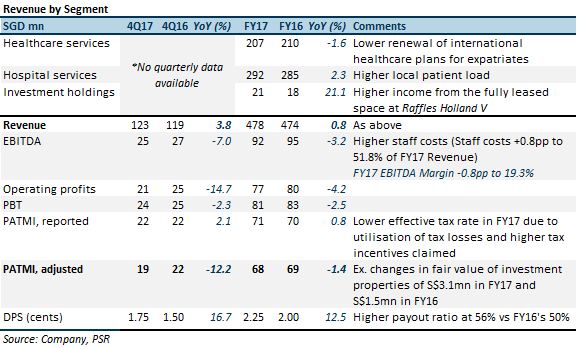 Various specialist centres and the radiology centre have been relocated to the new building from RafflesHospital. Meanwhile, RafflesHospital is undergoing construction to open up new wards to increase bed capacity, as well as to refurbish the podium for new commercial outlets. The construction is slated for completion by end May-18.

Outlook remains positive despite medium-term margin pressures from higher staff costs and start-up costs from the gestation of its two new China hospitals.

We remain upbeat on the potential growth that these new hospitals in China would bring to the Group: (i) Diversification with a higher contribution for overseas operation; and (ii) Tapping into China’s growth.

Raffles Medical Group is currently trading at 28.7x forward PER, which is a 36.4% discount to its regional peers’ average of 45.1x.

A Sneak Preview of the new RafflesSpecialistCentre 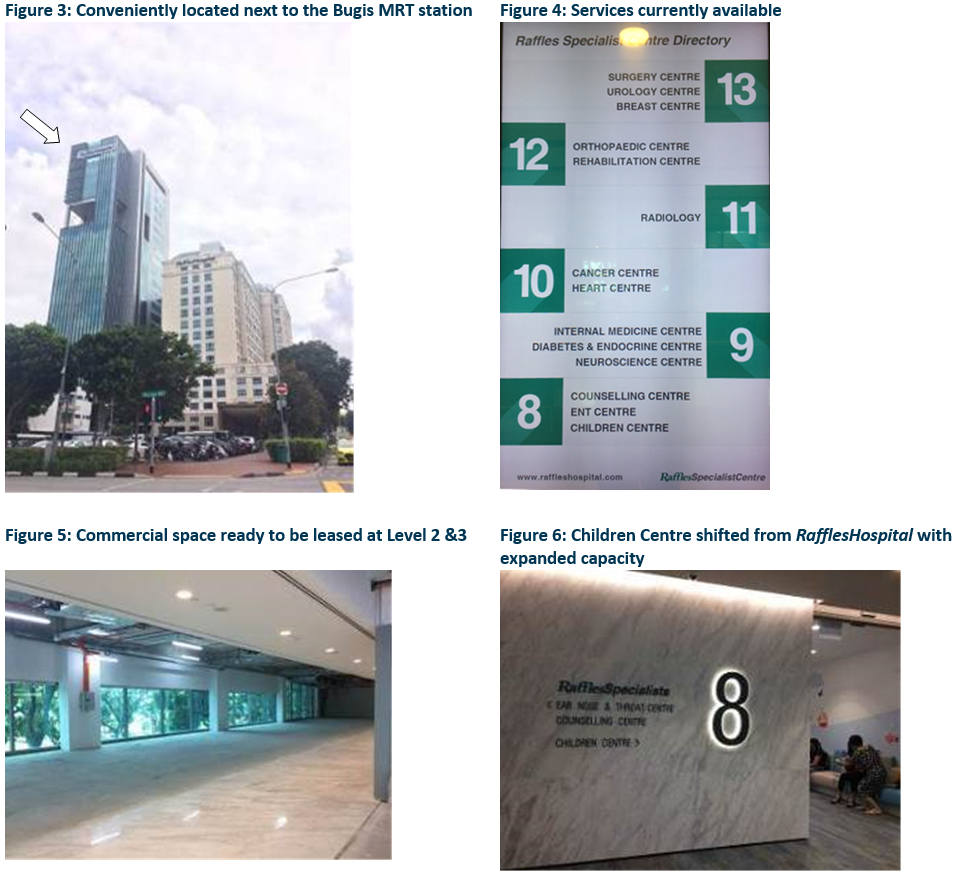