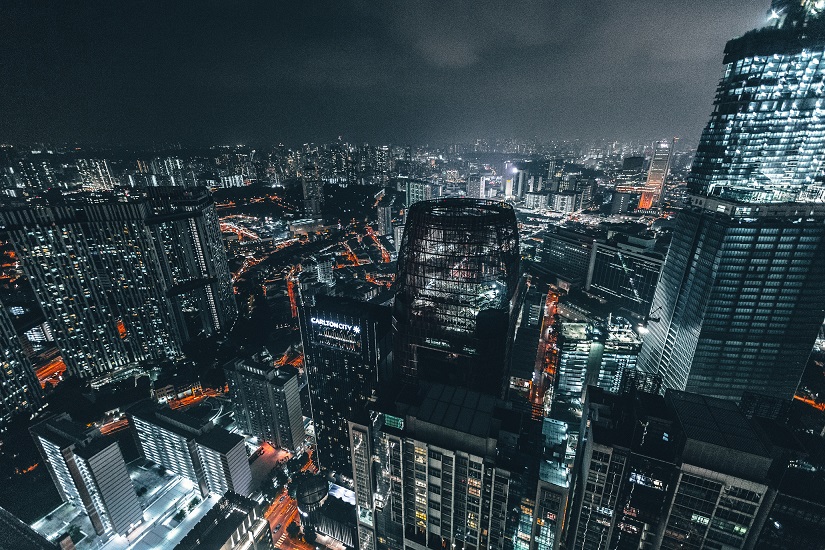 Market: STI was down 5.1% in May, returning all its gains of the previous month. YTD, it is virtually unchanged. There was selling across the sectors, spooked by one crisis or another. Hogging the headlines has been a spike in Italian bond yields and US trade tariffs. Italy’s troubles are more political than economic, unlike the euro-sovereign crisis in 2012. The base case is that the Italian electorate did not vote for an Italexit but rather, more fiscal largess and tighter immigration. An exit from the Eurozone could be devastating for the Italians, since they own 2/3 of Italian sovereign bonds. Such debt would have been devalued, as it is re-denomination in the old Italian lira and will be priced at much higher interest rates. Even before such an event, there would have been a paralysing run on the country’s banks and government debt. But while unemployment in Italy is bleak – no better than when it joined the Eurozone 19 years ago, it is unclear if the country is willing to take so much upfront pain for perhaps an even more uncertain future. Nevertheless, this remains a long fuse. The EU needs fiscal union among its members. The economic cycle among its members are not even and a common currency exacerbates imbalance. The euro crisis has shown, there is little fiscal legroom given by the market to individual countries when sovereign debt shocks occur.

A shorter fuse will be President Trump’s trade skirmishes with everyone, including so-called allies. Our two-legged tail risk recently initiated another national-security investigation. The target now is US auto and auto-parts imports. Public hearings have been scheduled for July. To sum up, Trump has so far imposed tariffs on around US$55bn of imported solar panels, steel and aluminium. The economic impact may be minimal but another US$350bn is under consideration, stemming from s.301 unfair trade practices (US$46bn of China imports) and s.232 national security concerns (US$100bn of Chinese products plus US$208bn of auto and auto parts). All the above could be even eclipsed by a possible collapse of Nafta. Trade is the dominating dark cloud over the market where there is little clarity on the outcome.

Away from politics, 1Q18 GDP from developed countries was not pretty. There was a deceleration in the US, Europe and Japan. Asia bucked the trend. On a YoY basis, the pace of GDP growth for Singapore and Hong Kong picked up pace from the prior quarter. Recent data suggest global-growth improvement in 2Q18. In Singapore, most indicators support a healthy economic momentum, such as the manufacturing PMI, tourism, transportation, construction and loans growth. Less encouraging is still stubbornly modest wage growth. Another weakness is private-sector hospital admissions, where there is a clear loss of patient flow to public hospitals.

Recommendation: Our bottom-up STI target of 3,900 remains premised on a growing economy, which will pull up banks’ earnings and with a lag, the other domestic sectors. The latest data suggest improving loan growth and margins for the banks. That said, general sentiment continues to be whipsawed by the constant troubles in Europe, emerging markets and trade. Separately, we initiated coverage of SHS Holdings. We expect strong earnings growth from a surge in demand from New Zealand for its steel-precast products. An added earnings driver will be the commencement of its solar project. 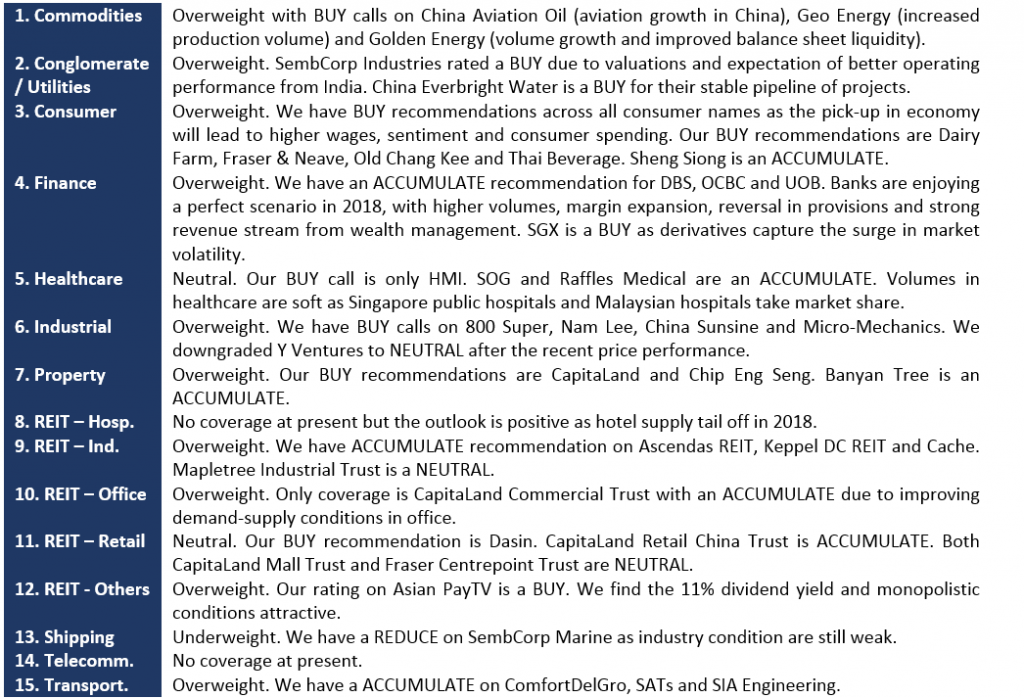