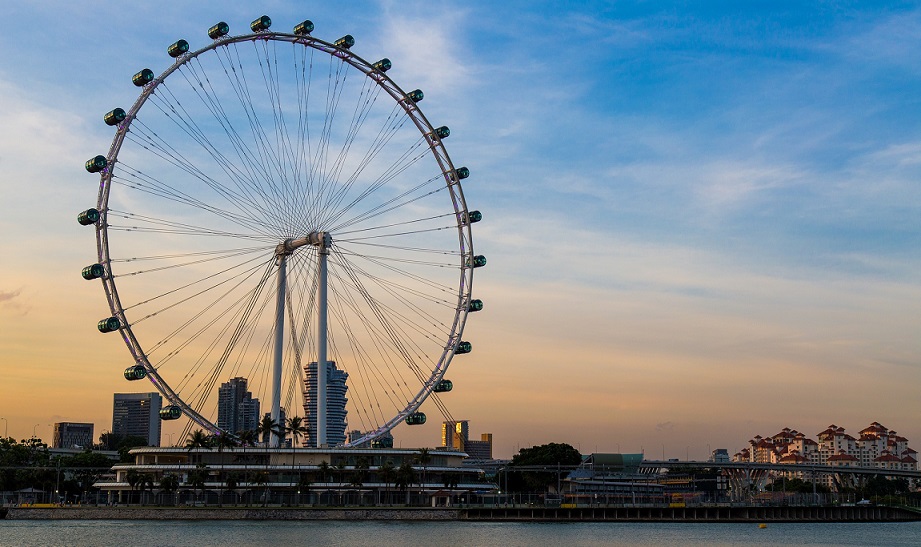 Market:  The STI was up 1.6% in July. Macro data point to a peak in global growth rates. Almost all PMIs worldwide are decelerating. Singapore’s electronic exports have turned negative this year against an 8% expansion in 2017. Manufacturing new-order PMI has also rolled over. Germany IFO business expectations index is at the weakest in two years and Japan industrial production contracted for the first time in twenty months. Only the U.S. economy defies the trend. Healthy employment has sparked a rebound in consumer spending. Retail sales growth in the U.S. is close to a 7-year high. Small-business optimism is at its second-highest ever on record. The only side effect is, inflation is at a 6-year high and close to the Federal Reserve’s 2% target. The pressure on interest rates is irreversible at least this year.

The big macro event has been the spiralling mess in Turkey. Its exchange rate collapsed 30% against the US$ in a week. This was accompanied by an 18% spike in its benchmark interest rates. Turkey is important because it holds US$466b of external debt. This is not very far from Lehman’s US$620b of liabilities when it collapsed in September 2008. The most exposed to Turkish debt are European banks and bondholders. The worst case is a contagion onto other emerging markets, though Turkey is still less than 1% of emerging-market equity indices. In any contagion, the impact on Southeast Asia could be a liquidity flight and tightening interest rates to stem currency volatility. A trigger to contagion could be any decision by Turkey to implement capital controls. This deflation threat from emerging markets, softer global growth, trade-war fears and anxieties over China have weighed on commodity prices. The CRB index is down almost 5% in three weeks. Copper is trading at year lows. In summary, the three large macro trends are a strengthening US$, sliding commodity prices and rising interest rates. All negative for emerging markets.

Recommendation:  The 2Q18 reporting season in Singapore has drawn to a close. Apart from banks, few industries offered cheer. Banks are riding an upswing in the credit cycle and NIMs. Healthcare and consumer demand in Singapore is sluggish. Any growth realised was through market-share gains. Sheng Siong is gaining share from wet markets and mall-based supermarkets. Thai Beverage disappointed due to weak rural spending in Thailand, as agriculture prices remained subdued. The earnings of most electronic companies were down, with the exception of Venture. SembCorp Industries’ bottom line was supported by more buoyant power prices in China and India. Marine was a let-down as vessel oversupply is unlikely to be resolved in the medium term. In property, we favour CapitaLand’s continued pursuit of recurring revenue streams where returns on equity can be higher with better predictability. Among the REITs, CapitaLand Commercial Trust benefitted from a 4% rebound in Grade A office rents in 2Q18 and compressing cap rates. SATS’ earnings surprised nicely as its overseas and non-aviation operations turned around faster than anticipated. Its core aviation business in Changi is also profiting from passenger growth and operating leverage. Our STI target remains at 3700. Any hopes of reaching this target is dependent on a rally in banking stocks.

Worst performing sectors in Jul18 were REIT-Others, Transportation and Shipping. REIT-Others was dragged down by weakness in Hutchinson Port (-8.9%). Transportation was hit by losses in SIA (-7.8%) and SIA Engineering (-5.4%). Shipping fell after SembCorp Marine collapsed by 10.3%. 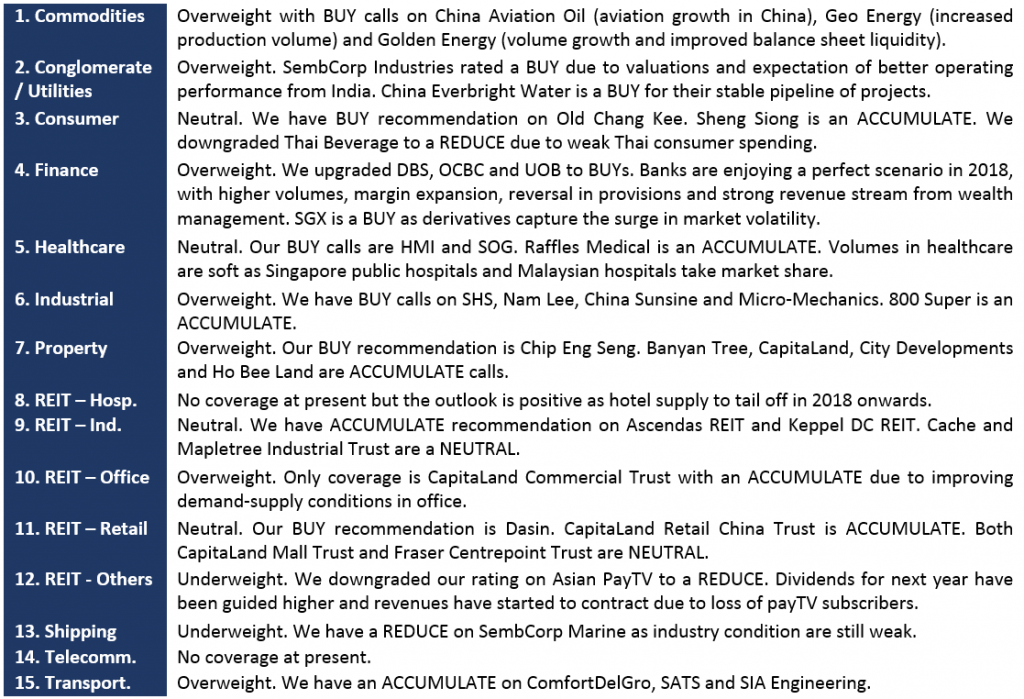 Can update on the status of Phillip recession indicators?